CPU Wars Volume 2: Okay, This Just Might Be The Geekiest Card Came Known To Man 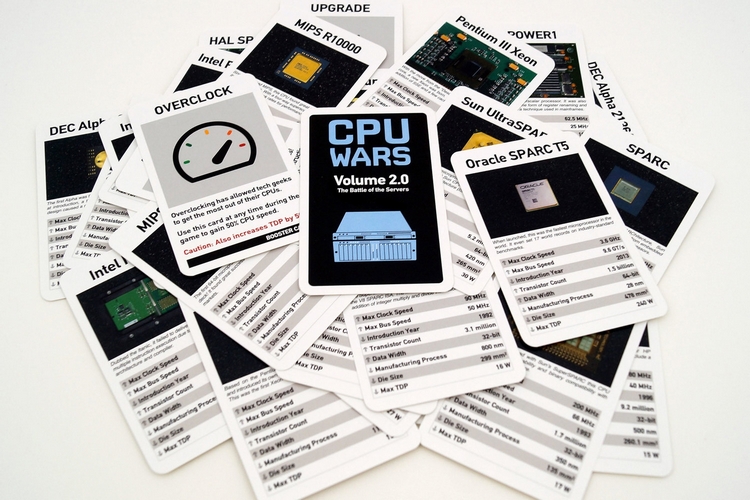 Since they revived Top Trumps in 1999, things have gotten nerdier, with decks featuring comic book heroes, sci-fi shows like Star Trek, and films like Star Wars. While CPU Wars isn’t an official Top Trumps game, it’s definitely the nerdiest one yet, with decks that allow you to pit CPUs against each other. The new CPU Wars Volume 2, Battle of the Servers, takes things even further, adding a brand new deck with cards that feature high-powered CPU servers.

Originally a Kickstarter project, the first deck covered CPUs that made a huge impact in desktop computing, from the Zilog Z80 to the Intel 8086 to modern microprocessors like the Intel Core i7. The new deck, which can be played on its own or combined with the first deck, encompasses the significant CPUs that powered the chilly confines of the server rooms in offices worldwide. 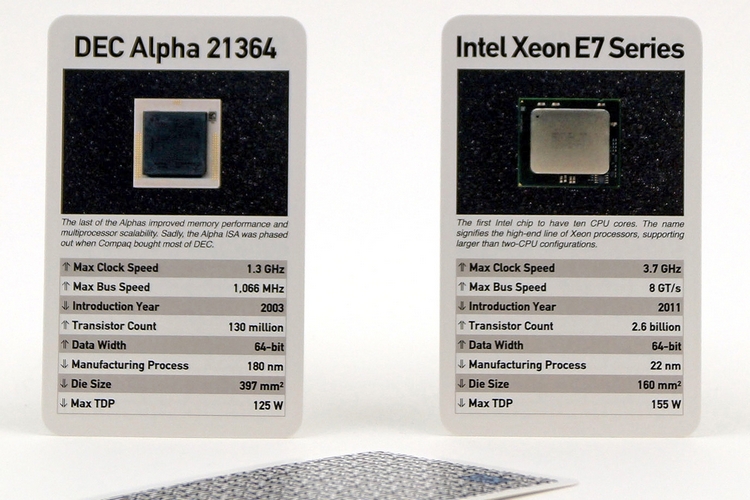 CPU Wars Volume 2.0 adds 30 cards, each featuring a unique server CPU from the past 30 years. All the most important server CPUs throughout that period are represented, such as the DEC Alpha 21364, the Oracle Sparc T-5, and the Intel Xeon E7 series, among others. To sustain playability with the original deck, it covers the same eight attributes, including clock speed, bus speed, introduction year, transistor count, data width, die size, max TDP, and manufacturing process.   Each deck also includes four new booster cards, which enable players to “upgrade” and “overclock” their CPUs, allowing them to gain an extra advantage during a hand. 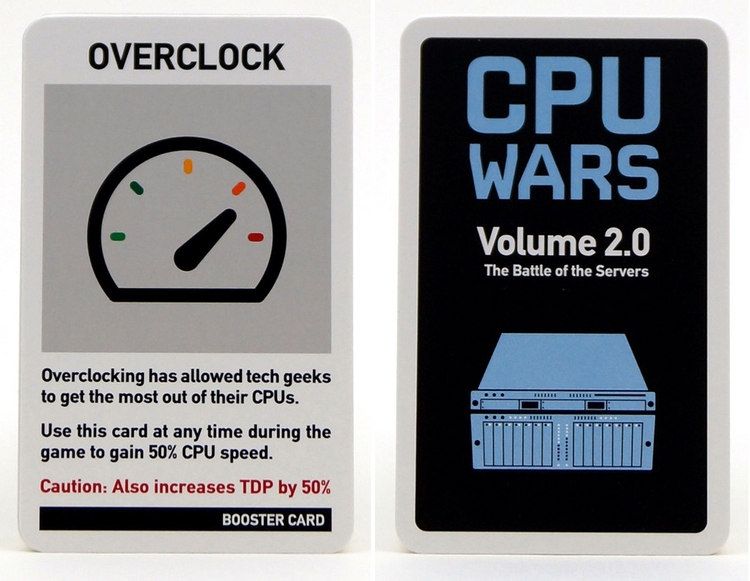