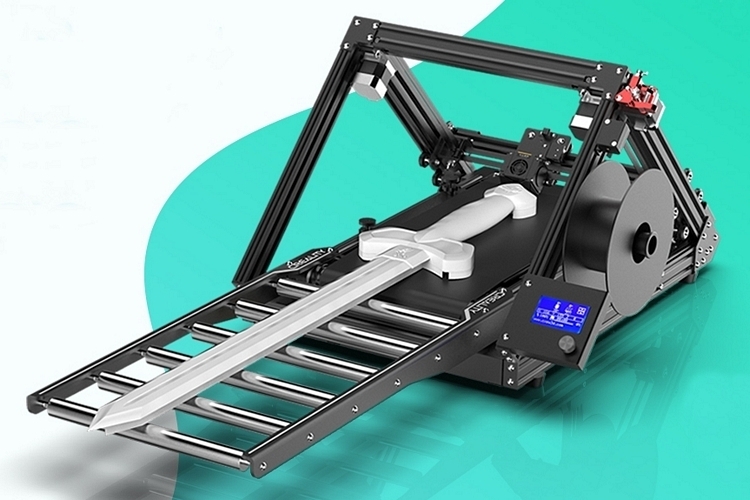 Using a home 3D printer is easy enough. You load it up with filaments, hook it up to a PC, and send your 3D model to the printer, at which point, it will proceed to fabricate the darn thing on its build platform. From there, you wait for the object to cool, pick it up, and print another one. The Creality CR-30 3DPrintMill changes that by adding a conveyor belt that allows it to automatically move an object out of the build area and subsequently start a new build.

That’s right, this 3D printer gives you assembly-line style fabrication at home, so you can run multiple builds of the same object completely unattended. Not just that, the conveyor belt design allows you to build single objects of unlimited length, too, as the printer can automatically move finished sections out of the way. Whether you’re an Etsy seller who churns out plastic creations like a mini-factory, a DIY hobbyist who wants multiple pieces of the same plastic part for a project, or just some dude who’s always wanted to 3D-print a three-foot sword in one go, this thing lets you do all that and more. 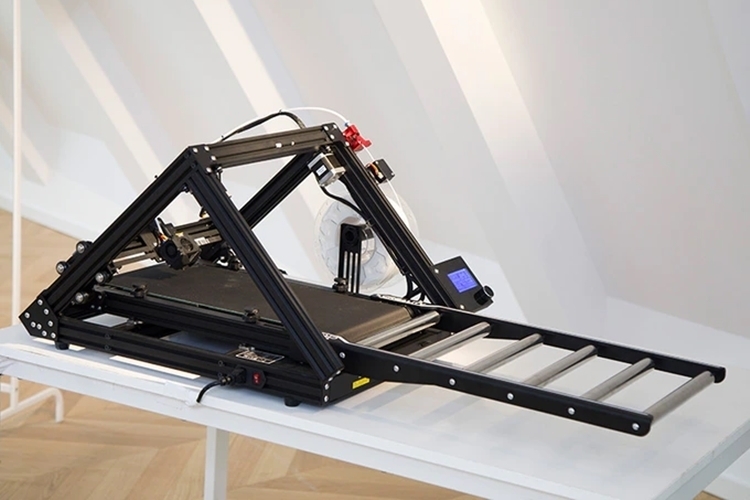 The Creality CR-30 3DPrintMill is, basically, a 3D printer with one big difference, namely a conveyor belt at the bottom, allowing it to both fabricate items continuously and build objects with unlimited length. That seemingly simple change has, basically, created a 3D printer that instantly expands the fabrication possibilities for DIY makers, allowing you to produce multiple objects faster and cheaper while making the design for longer objects a whole lot easier, since you no longer need to build them in separate parts that you can put together later.

Unlike traditional 3D printers that extrude plastic from the top, the device extrudes it at an angle. This is because they, effectively, tilted the print bed 45 degrees, so that the back of the printed object starts sliding out of the printer while it’s still fabricating the front section. According to the outfit, the longest object they’ve tested printing so far is 20 feet long, which is highly impressive, considering this takes up just a little more extra space (because of the conveyor belt) than traditional 3D printers. 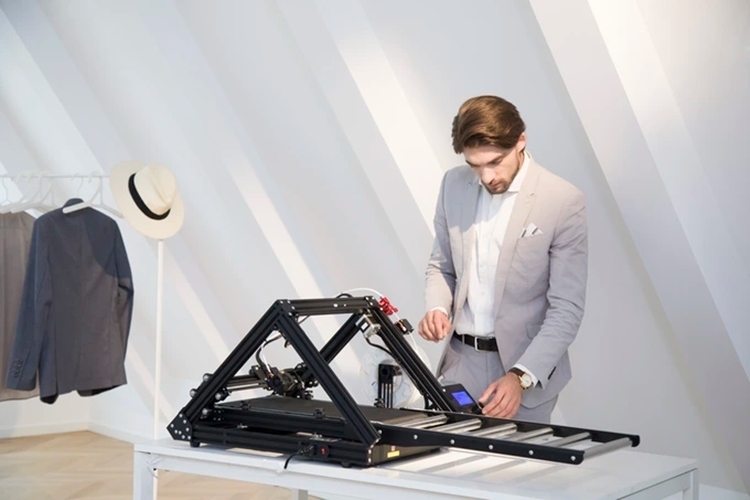 The Creality CR-30 3DPrintMill has an all-metal construction that uses a mix of aluminum and steel throughout, so this is one durable machine. Do note, that build makes it pretty heavy at 36 pounds, so it will take some effort to move around your workshop. It uses a Core-XY motion system that’s mounted at a 45-degree angle, a nylon conveyor belt, and a 220-watt aluminum print bed that provides great print adhesion to the belt with no curling, along with the same 32-bit motherboard the outfit uses in their other top-of-the-line 3D printers. 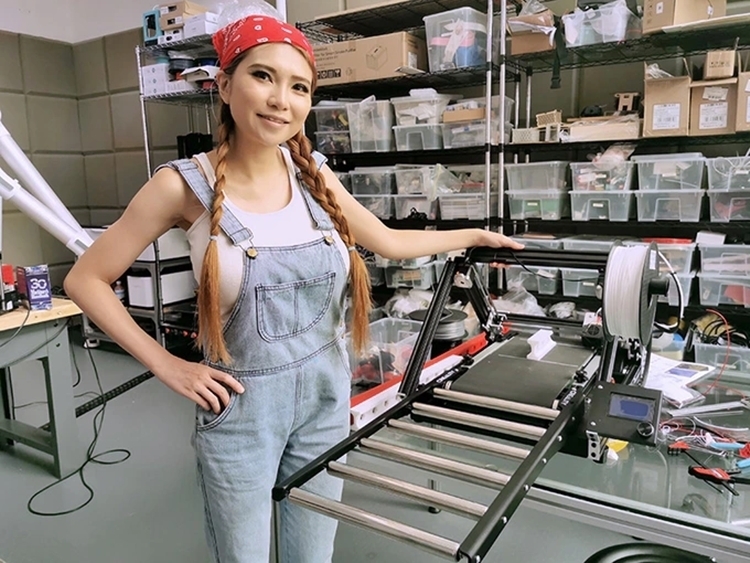 It comes with the outfit’s own slicing software, CrealityBelt, which can break up your design into the necessary partitions to properly work with the 3D printer’s unique belt function. Aside from being able to print long objects and mass-printing the same 3D object, the final product will also come with the ability to print off a queue of multiple designs, so you can have it fabricate 10 different designs in succession without any human supervision.

A Kickstarter campaign is currently running for the Creality CR-30 3DPrintMill. You can reserve a unit for pledges starting at $687.