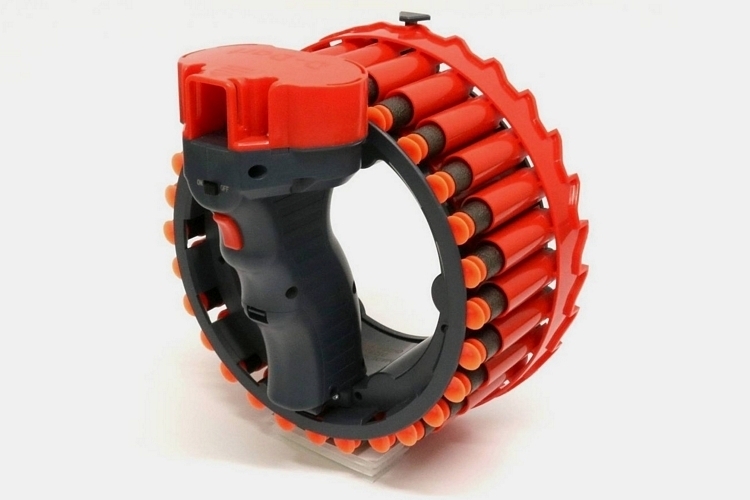 Most blasters are designed to look like either pistols or rifles – that’s how we know a toy is supposed to shoot stuff, after all. The D-Dart Tempest, however, goes the other route, coming in a form factor that combines a uniquely compact size with the ability to hold a generous amount of ammo.

A rotary pistol (yes, that’s the best name we can come up with), the blaster combines a pistol-style handle, a very short barrel, and a rotating drum that allows it to hold more ammo than much bigger blasters. The result is a blaster that looks nothing more than a gauntlet that, somehow, manages to arm itself with a whopping 28 foam darts at a time, allowing you to have plenty of ammo on tap. 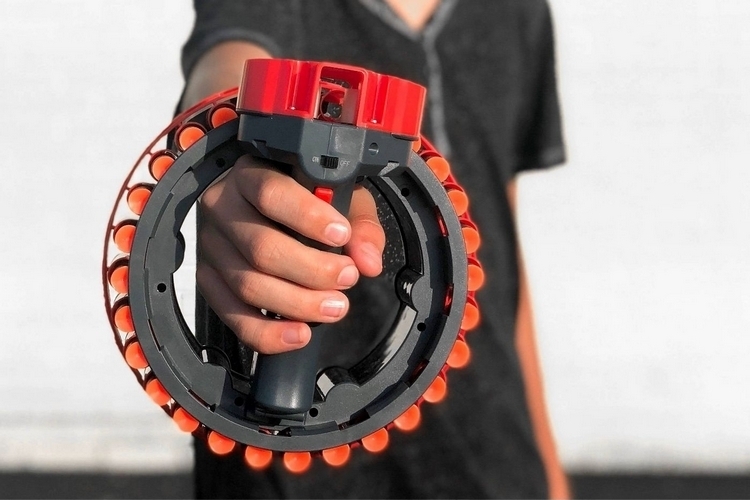 The D-Dart Tempest is easily one of the most unique blasters we’ve ever seen, with a design that prioritizes a compact size and largely discreet form, making it a refreshing break from the usual blasters, which have gotten bigger, louder, and more gnarly-looking over the years. Not that it looks unintimidating, by the way, since this thing looks all sorts of nasty with that barrel hanging conspicuously around your wrist. Because of how compact it all is, the design is pretty straightforward, making it easy to see exactly how the darn thing works.

Basically, you get a handle with a trigger for firing and a power switch, in case you want to avoid unloading shots accidentally. On top of the handle sits a covered set of flywheels, which are responsible for flinging the darts at distances of up to 70 feet. When you press the trigger, the 8-inch diameter drum rotates, causing a plastic extension in the rear to push the current dart forward into the flywheels, with the drum pushing the plastic back as it moves into the next position. You will need to pull the plastic arm when reloading, by the way, to keep from accidentally jamming darts into the flywheels. 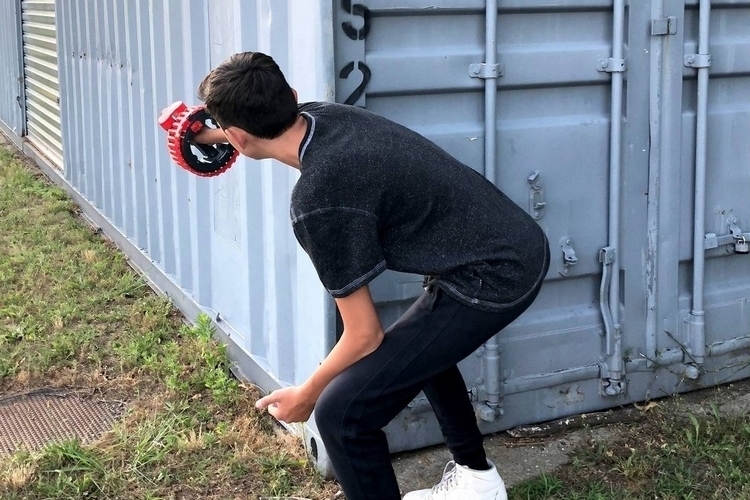 The D-Dart Tempest can fire up to three darts per second, which is a pretty decent rate of fire for something this compact, although some YouTubers have shown it can be further accelerated with a few standard modifications (if you’re into that). It runs off four AAA batteries, so it doesn’t use up all that much power, although the projectile velocity does seem a little slower than most blasters currently in the market. 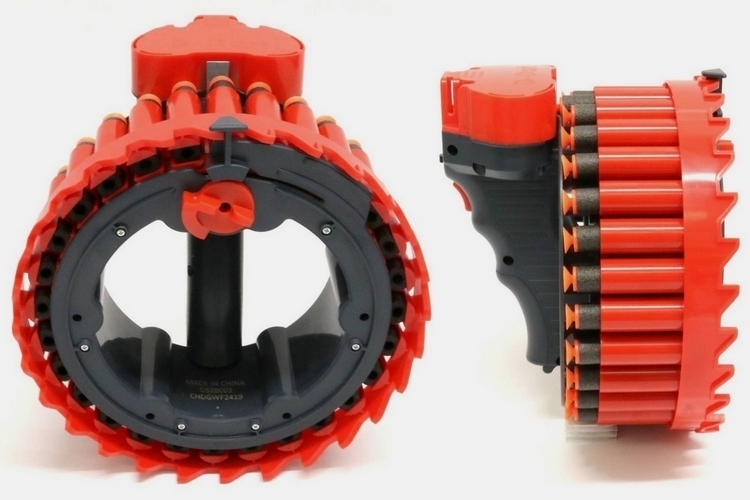 It doesn’t use standard Nerf foam darts, instead opting to come with proprietary ones from D-Dart, which come with a suction cup at the tip. Sadly, the darts are shorter than most standard foam darts in the market and the blaster has been designed specifically for that size, so it won’t fit any of the darts from Nerf, Buzz Bee, or even the generic projectiles you can buy all over Amazon. That means, you’ll have to buy additional foam ammo directly from the outfit, rendering your current collection of foam darts all but useless, as far as it’s concerned.