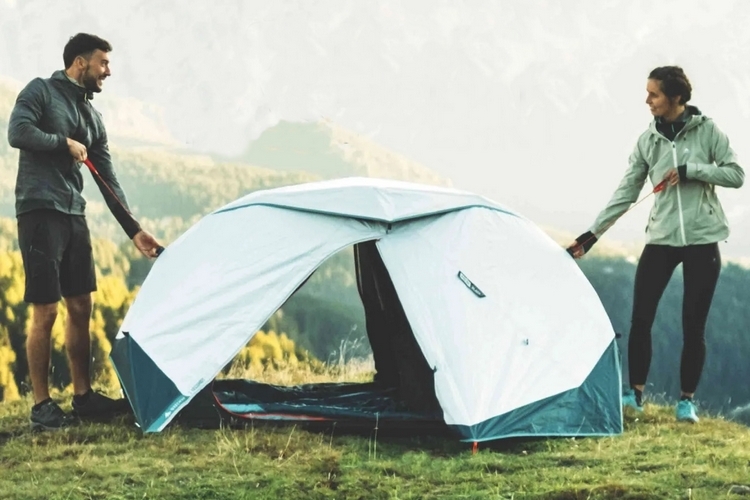 Most tents can be properly set up in 10 to 20 minutes, provided you have an idea what you’re doing. If you don’t, you can very well spend all day never getting it right. The Decathlon 2-Second Easy Tent wants to change that by requiring as little set up time as possible.

Designed to pitch in mere seconds (well, two second as the name implies), the tent allows you to set up a functional shelter as soon as you decide where you’re going to camp, eliminating all the work that typically goes into the common camping chore. We know, you probably own pop-up tents that do the same thing. Unlike pop-up tents that collapse into a pretty large pile, though, this thing rolls up into a bundle no bigger than ordinary tents, allowing you to strap it down comfortably to your pack, so you can carry it even when going on foot.

The Decathlon 2-Second Easy Tent uses a clever umbrella-like design that allows it to pitch by simply pulling on a pair of handles. To start, simply take it out of the roll sack, unfold it, pull on one handle to get one side up, and pull on the other handle to pitch the whole thing. Seriously, it’s that easy. While we doubt it’s really as quick as two seconds, you should be able to get that part done in well under a minute. From there, you just install the pegs on the ground to secure the tent in place. We’re not sure how it actually does the trick, but we imagine it accomplishes that by using an internal frame similar to those umbrellas whose canopies can fold multiple times because the whole thing seems to work just as conveniently. 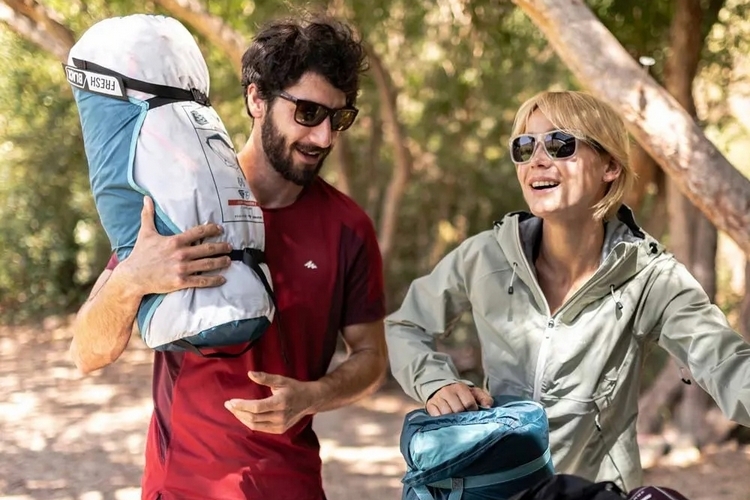 When you’re packing up, you simply push on those same handles, which will automatically fold the tent’s structural materials, similar to how those folding umbrellas collapse when you press the button. From there, you just roll everything up in a bundle and slip it into the included carrying sack. In collapsed mode, the tent measures a compact 23 x 8 inches (length x diameter) and weighs a reasonably light 10 pounds. 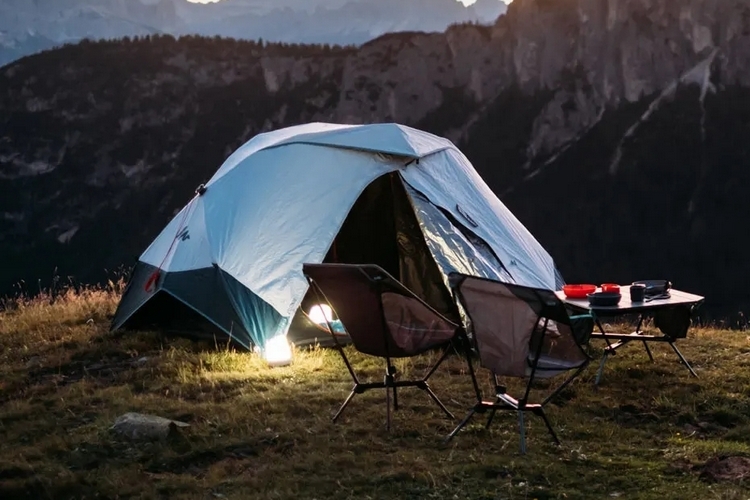 The Decathlon 2-Second Easy Tent measures 81 x 57 x 43 inches when fully pitched, with enough room inside to sleep two people comfortably, so this is very efficient, as far as outdoor gear goes. It’s waterproof, so you can stay dry inside even in the middle of rain showers, all while being able to stand up to winds of up to 30 mph. According to the outfit, the tent fabric is made using their proprietary “blackout fabric,” which supposedly shrugs off sunlight, allowing it to keep the tent interior at least 30 degrees Fahrenheit cooler and 99 percent darker than traditional camping shelters. That’s right, you can sleep in the dark inside the tent even in the middle of the day.

The Decathlon 2-Second Easy Tent is now available for preorder, priced at $199. It ships middle of August.