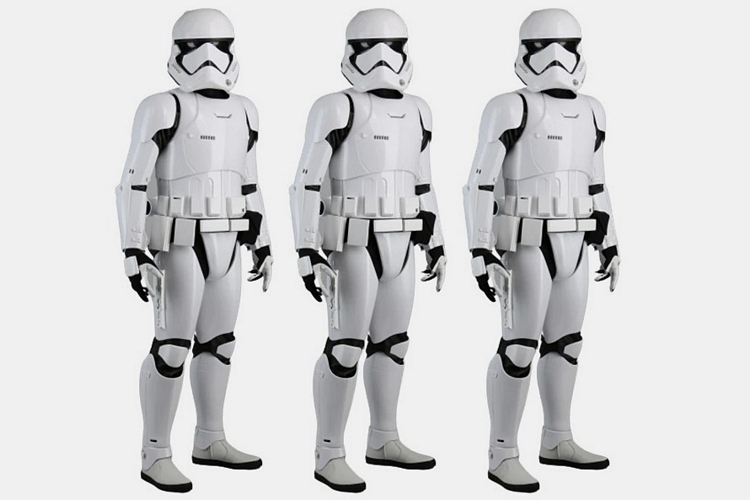 It’s not hard to find stormtrooper costumes online if you want to cosplay as a part of the Imperial Army’s elite shock troops. Heck, you can even roll in wearing a Stormtrooper  robe if you want that. However, it does get a bit harder when you’re looking for a costume that actually resembles the armored plastoid plates that’s standard issue for the Empire, with most available costume armors being cut in foam and similar materials. If you’ve been on the lookout for a more realistic Stormtrooper costume before, the Denuo Novo Star Wars First Order Stormtrooper Kit offers one that just might help you pull off your desired look.

No, it’s not made from an actual armor that can shield off blades, bullets, and laser blasts from whatever lethal weapons your fellow cosplayers are carrying. It does, however, look a lot better than your typical foam costume, with armor panels cut in sufficiently thick ABS plastic, so you can, at least, look like you’re adequately protected from physical attacks by rebel personnel that you might chance upon along the way. 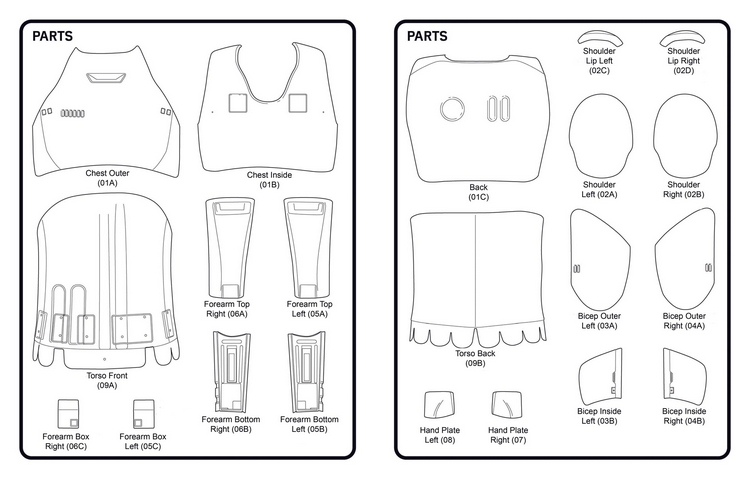 The Denuo Novo Star Wars First Order Stormtrooper Kit is based on the armor of First Order Stormtroopers from Star Wars: The Force Awakens, complete with detailed elements that stay faithful to the way the outfit was depicted in the film. It includes all torso, arm, and leg armor panels, so you simply have to procure your own helmet, black gloves, and white boots, all of which should be easier to find than a protective-looking stiff armor.

Do note, this is not a simple costume. Instead, it consists of multiple armor panels that you’ll have to rig and put on piece-by-piece, so it will require quite a bit of work on your part. Specifically, it comes with 39 armor parts, all of which are made from vacuum-formed ABS plastic, as well as 21 detailed resin elements, a set of fabric “gaskets” for the arms and legs, and even a belt with functional storage pouches. 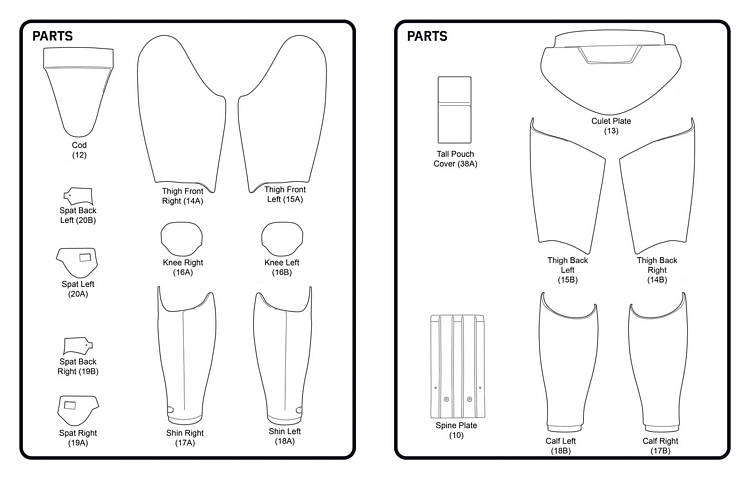 The Denuo Novo Star Wars First Order Stormtrooper Kit comes with all the straps and hook-and-loop closures you will need to mount the armor onto your body, as well as black vinyl accent labels and a decal sheet. Instructions for assembly are available as a PDF download, so you can get step-by-step guides on put the whole thing together. According to the outfit, the armor is designed for a standard mesomorph body type from 5’8 to 6’ in height, so if you don’t quite fall in to that narrow category, you’ll have to do some manual modifications to the armor panels to make them fit. Yes, you’ll likely have to trim a little here, bend a little there, or whatever else. Still worth it, though, considering how good this thing looks.

The kit, by the way, doesn’t include a neck seal to bridge that gap between the helmet and the main chest panel. It is, however, sold separately, so you can add to your order if you want a more complete kit.

The Denuo Novo Star Wars First Order Stormtrooper Kit is expected to be in stock at some point in the second quarter. You can, however, preorder now to reserve your slot, priced at $700 (and another $65 for the neck seal).