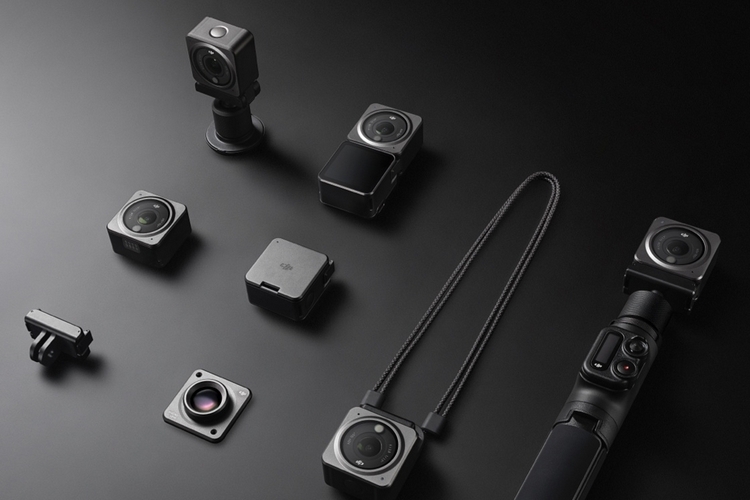 If you remember, DJI entered the action cam market a couple years ago with a GoPro-like box that had a front-facing display right next to the lens. It was pretty nice. For its successor, the DJI Action 2, the outfit is revamping the design completely, going with a smaller form factor that can instead be expanded using a variety of accessory modules.

That’s right, instead of trying to fit in as much tech as they can into a compact action cam, they’re instead giving users the bare basics that they can then expand, depending on what features they require at any moment. Need a vlogging camera with mics and a front-facing display? This can turn into that. How about mounting it on your older GoPro accessories? You can do that, too, with an adapter mount that can lock onto pretty much any rig. 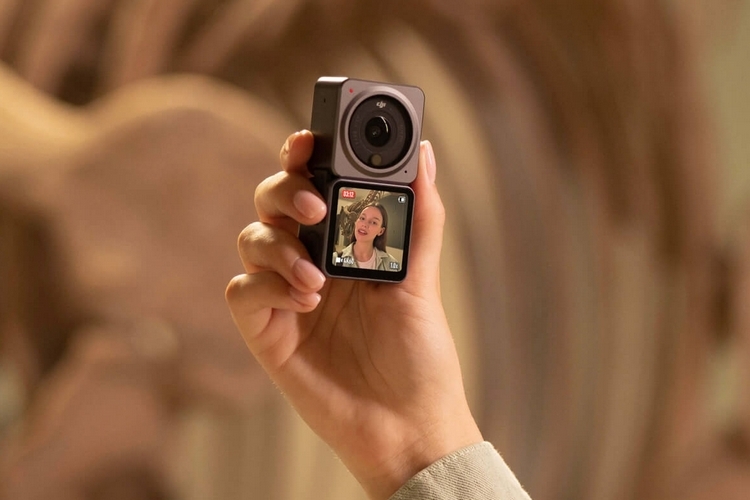 The DJI Action 2 is a small device measuring just 1.5 x 1.5 x 0.8 inches (width x height x thickness) and weighing 1.9oz, making it extremely compact and easy to carry. The front panel is occupied by an F2.8 wide-angle lens with an ultra-wide 155-degree field of view, while the rear is covered with a 1.76-inch OLED touchscreen for framing and camera control. It’s a pretty straightforward design. The lens allows light to go through to a 1/1.7-inch CMOS sensor that can shoot 12MP photos and 4K videos, while a color temperature sensor helps it capture more vibrant images in challenging conditions (e.g. nighttime or underwater).

It can shoot full 4K (4,096 x 3,072 pixels) at 60fps, as well as 4K UHD (3,840 x 2,160 pixels) at 120 fps, so you can get slow-motion footage even at a high resolution. To get even more frames for your slow-motion shots, you can lower the resolution to 1080p, which raises the frame rate to 240 fps. Do note, full image stabilization is only available for 2.7K and 1080p, with higher resolutions and framerates getting either partial or no stabilization. 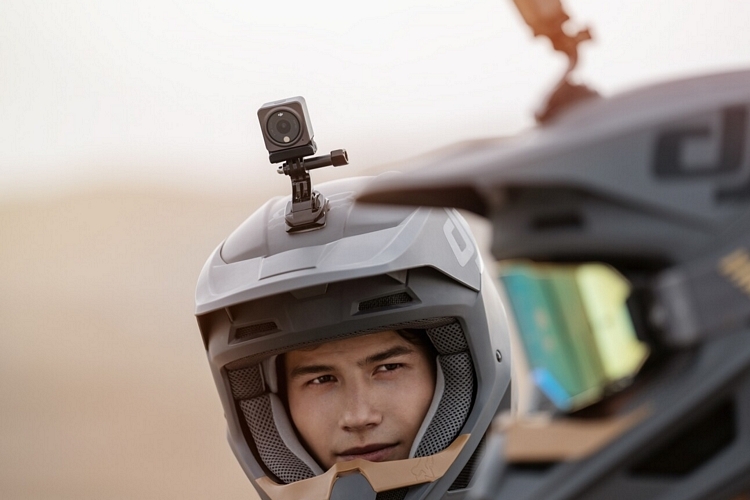 The DJI Action 2 is, of course, built with a rugged enclosure that’s waterproof, drop-proof, and impervious to dust, allowing you to bring it in the thick of the action without any worries. Power is fed by a 580mAh battery onboard, which is rated to last for around 70 minutes between charges, while Bluetooth 5.0 and 802.11ac Wi-Fi are built into the device. Aside from standard shooting modes, it offers hyperlapse and timelapse, complete with a livestreaming option up to 1080p/30fps. It even supports webcam function, allowing you to use it for both streaming and videoconferencing calls. 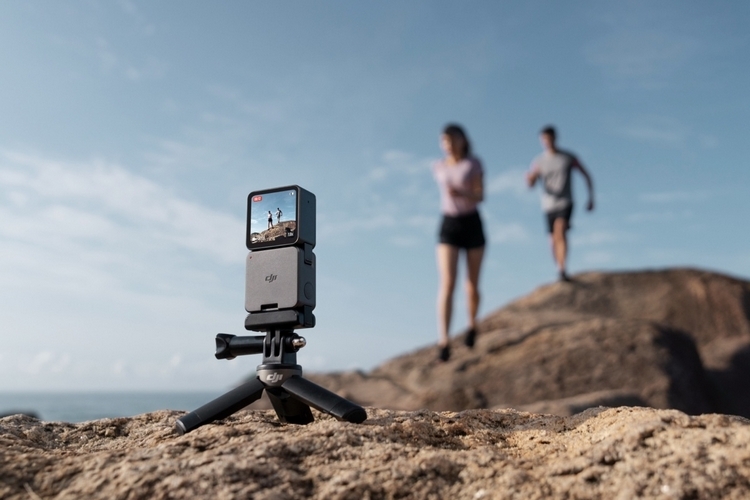 Of course, the big change here is the modular design, which uses magnetically-attaching accessories to expand the action cam’s function. The Front Touchscreen Module is likely to be the most popular of the lot, with its front-facing OLED touchscreen, four-mic stereo array, and additional 90 minutes of battery life turning the action cam into a functional vlogging cam. Other modules include a Power Module (adds a 180-minute battery and an SD card slot), a ball-joint adapter mount, a universal adapter mount, a remote control extension rod, and more.