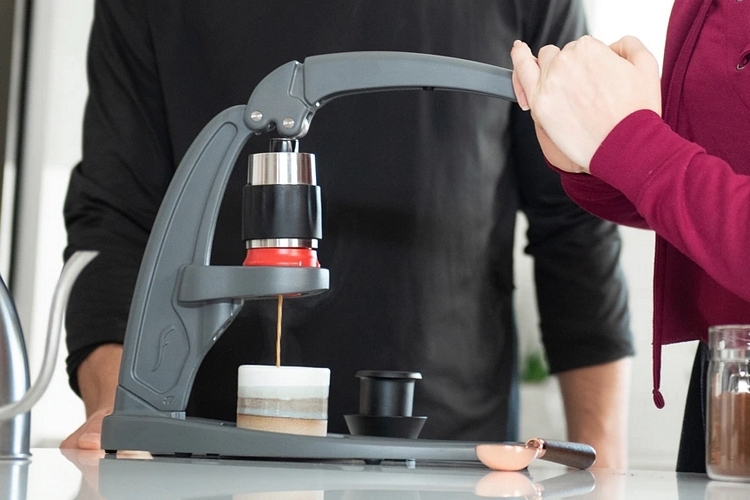 If you’re obsessed with making good coffee at home, chances are, you’ve heard of Flair and their manual espresso makers. Coffee snobs love the darn things, with their classic styling, indestructible build, and impressive extraction quality. The Flair Neo further strips down the outfit’s design to the bare essentials, turning out an espresso maker that’s simpler and more affordable than their previous creations.

Designed to “make brewing espresso fun and easy,” the machine drills down the brewing process to four primary steps, allowing you to extract delicious espresso shots in just two minutes. Basically, it lacks the more advanced features of their more elaborate machines, making it more suited to those who don’t want to fuss over their coffee too much. 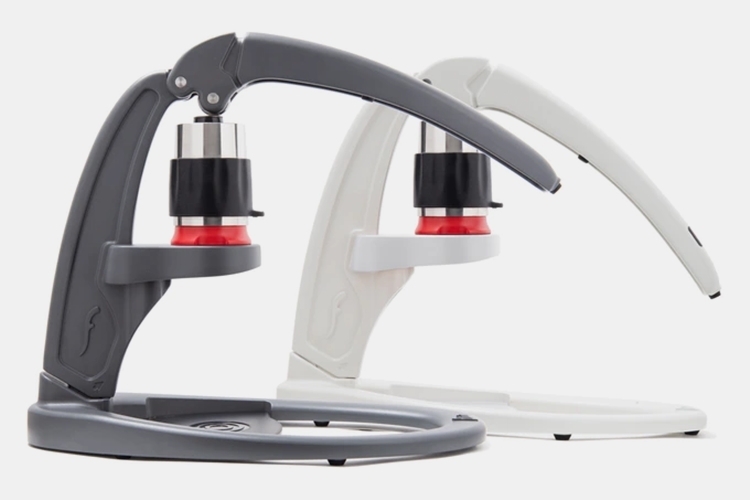 The Flair Neo uses the same general design as the outfit’s previous releases, consisting of an aluminum frame with a lever on top that presses onto the brew head to put the necessary pressure to extract rich, thick espresso from your coffee grounds. For this iteration, though, it uses a simpler reusable filter and eliminates the pressure gauge from their previous models, so while brewing may not be as precise (you don’t get a reading of the pressure you’re applying), it does make things a whole lot simpler (not to mention, significantly cheaper).

To extract a shot of espresso using the machine, you start with pre-heating the brewing cylinder by letting it sit in boiling water for at least 30 seconds. This is necessary since the machine doesn’t have any heating elements, so you need to get the parts to higher temperatures another way. While pre-heating the cylinder, you can fill the brewer’s filter with your coffee grounds of choice, then place both the tamper and the screen on top. Once that’s done, you put together the brewing head assembly by placing the filter onto the machine, putting the pre-heated cylinder on top of it, and filling it boiling water. From there, you just attach the piston and lower the lever, making sure to put the necessary force to get it down, then watch the espresso shot slowly trickle down to your cup below. 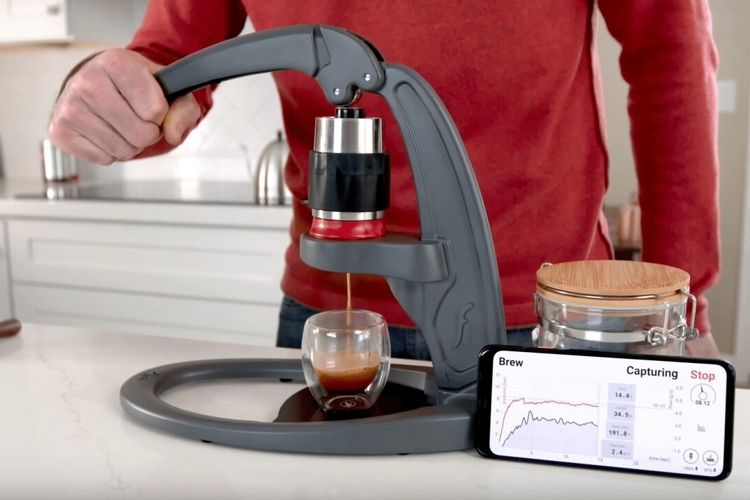 The Flair Neo uses the outfit’s flow-control portafilter, by the way, which automatically controls the flow of water to the coffee grounds to ensure proper espresso extraction. This allows it to be used with any coffee grounds, although the outfit recommends using a much finer grind than you typically employ for drip-brewed coffee. If the ground is not fine enough, you’ll know it if there’s no pressure or resistance whenever you pull down the lever. 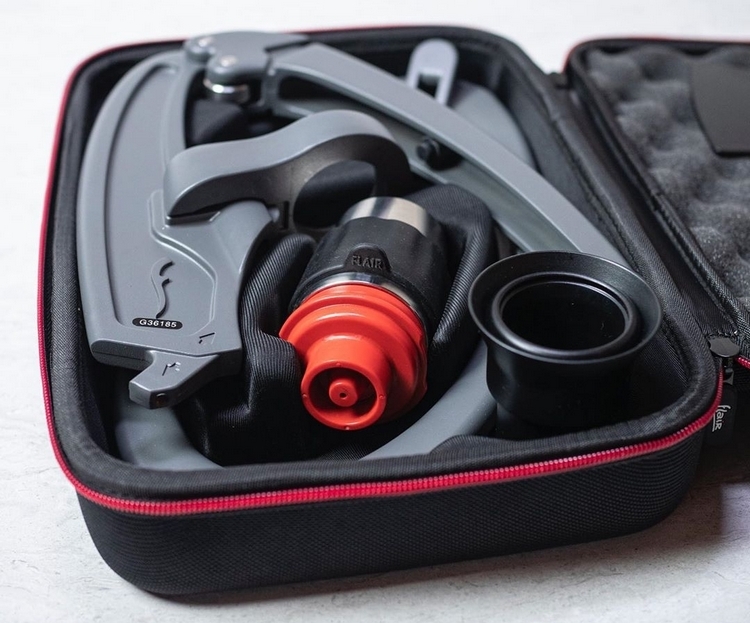 While this model is designed to make brewing simpler, it’s also compatible with parts from the outfit’s more expensive models. That means, you can purchase the outfit’s bottomless 2-in-1 portafilter (used in the Signature and Classic models) and the pressure gauge (used in the Pro 2 model), then integrate them into this machine when you’re ready for a more involved coffee brewing experience. You can also separately purchase the outfit’s carrying case, which you can use to hold the entire machine once it’s collapsed and disassembled.

A Kickstarter is currently running for the Flair Neo. You can reserve a unit for pledges starting at $89.