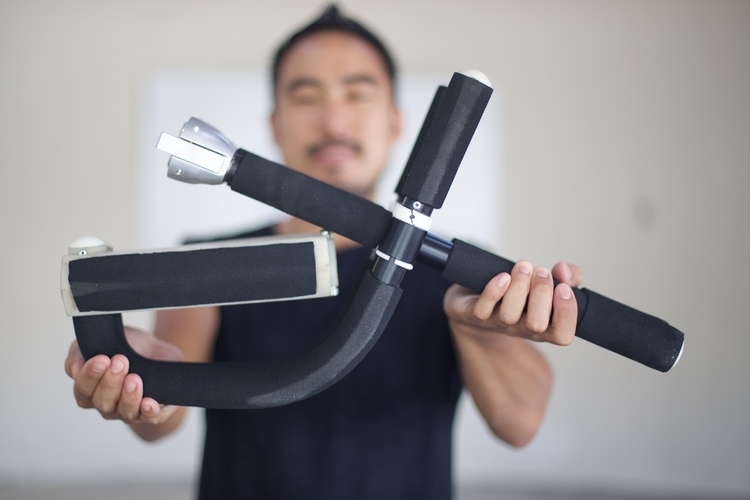 A pullup bar that you can set up on a door frame is a staple in most anyone’s home gym setups, as it’s both convenient to have around while being an excellent exercise equipment. While that should also make it ideal for use in hotel rooms, the size and awkward shape means it’s going to have to take up a lot of room in your luggage. The Flexr changes that.

A collapsible pullup bar, the rig can fold into a more compact file than your standard pullup bar, making it a whole lot more suited for throwing in a bag whenever you’re traveling. Granted, it’s not exactly as small or as neat as you’d probably like, but it does shave enough size to make it a viable option as portable exercise equipment. 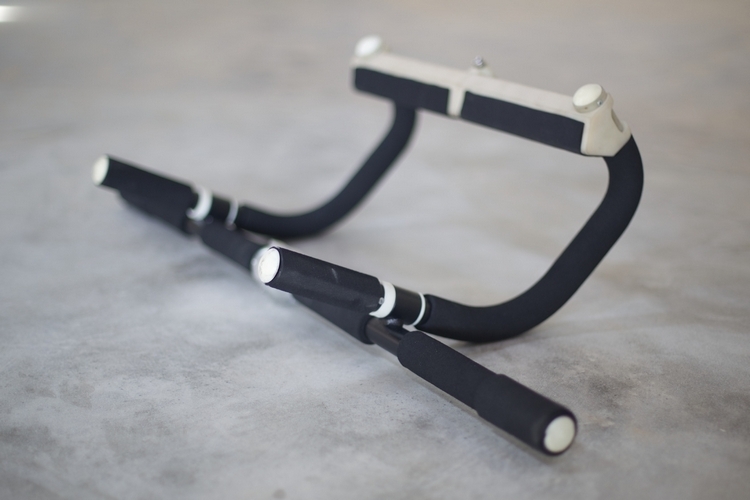 The Flexr Folding Pullup Bar looks like a standard Iron Gym bar with wide grip handles, close grip handles, and a curved section that will be useful for doing dips on the floor. Like those pullup bars, you can install it by latching the top section onto your doorway, allowing the grips to take hold and secure it on the frame. From there, you just get to work, beefing up those back muscles, biceps, and any other upper body muscle your movements are hittings.

Unlike every other pullup bar in the market, however, this thing can collapse into a frame that measures just 2 x 1 x 0.5 feet (width x height x thickness), which makes it small enough to hide in the closet when not in use, as well as throw in a bag as your on-the-go exercise equipment during trips. Seriously, this thing collapses flat enough to fit in most desk drawers, so you can even keep one in the office. 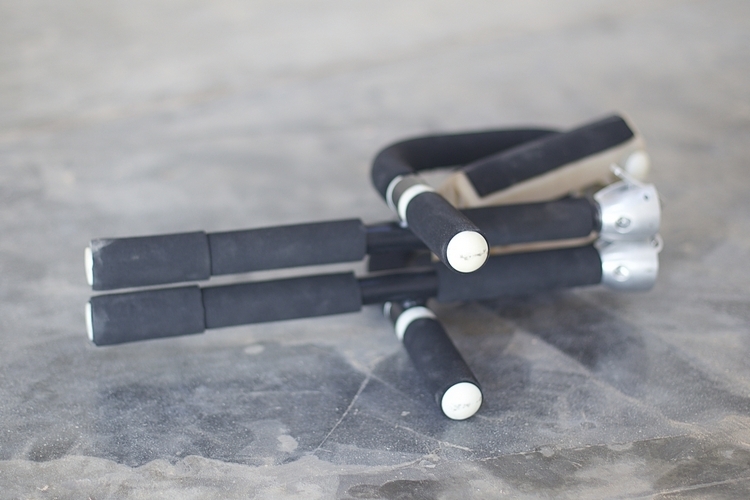 Construction is injection-molded plastic for the Flexr Folding Pullup Bar’s door rest and aircraft-grade aluminum for the center latch, both of which help shave a good load of weight from the pullup bar (it tips the scales at just six pounds), greatly improving its portability  and travel-worthiness. The bars themselves, however, are cut in bent steel, since they’ll need to support a good load of weight and abuse during every workout. Foam padding along the grips of the bar ensure it’s gentle on the hands at all times, so you don’t have to end up getting a bunch of callouses while working to stay in shape.

Is it safe? From what we can tell, the form factor is, pretty much, the same as any doorway-based pullup bar, so the darn thing should perform at a similar level. The folding sections, by the way (located at the top frame and the bottom frame), securely lock in place when the bar is in use, so you never have to worry about the darn thing folding in while you’re in the middle of a pullup.

A Kickstarter campaign is currently running for the Flexr Folding Pullup Bar. You can reserve a unit for pledges starting at $49.