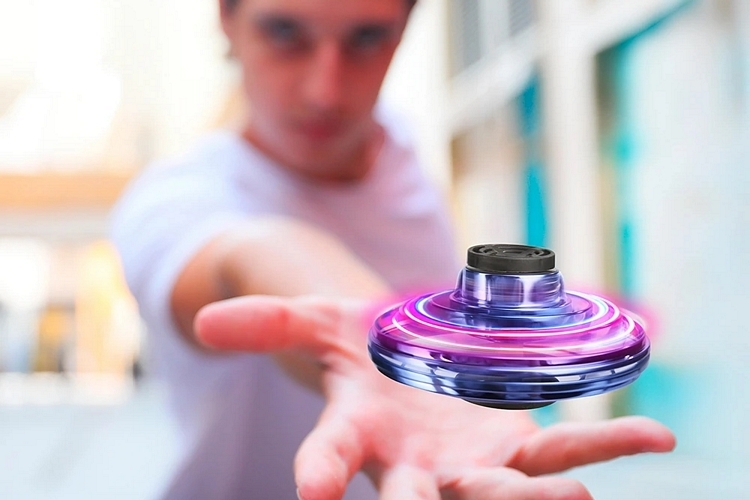 Chances are, you’ve already forgotten about fidget spinners. You can only play with those things for so long till you’re bored, after all. That’s why spinning alternatives like this knife exists. The FlyNova looks to inject new life on the workplace stress reliever by making the darn thing fly.

That’s right, it’s a fidget spinner that flies, so the darn thing doesn’t have to stay in your hand the whole time, allowing you to perform fancier tricks and do more things with it than the classic spinning toy will allow (yes, we’re calling it a classic now). Whether you’re looking for something to calm you down during stressful moments at work, killing time while waiting for your Uber to arrive, or just goofing around because you finished your work sooner than you anticipated, this thing takes the fidget spinner to the next level. 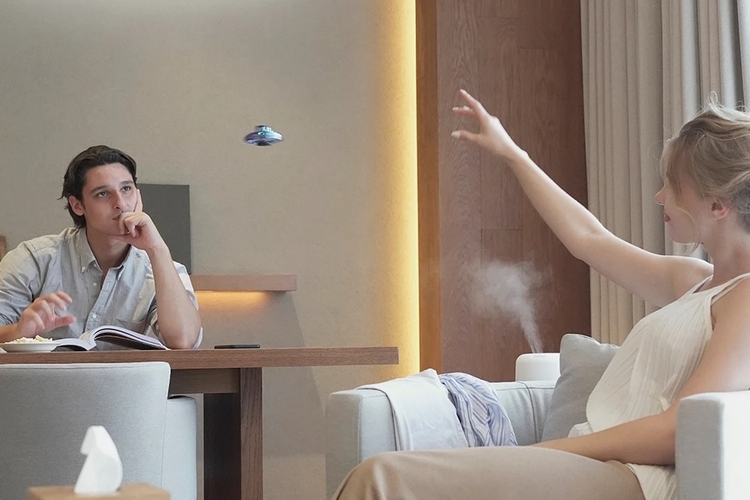 The FlyNova is a UFO-shaped spinner, with built-in RGB LEDs that light up while the thing spins to make the whole thing look way more fun. Unlike standard fidget spinners, this thing has an onboard gyroscopic motor and a rechargeable battery, which allows it to perform the spinning motions all on its own, so long as the battery still has some juice remaining. To get it spinning, simply hold the toy between your forefinger and thumb, then either give it a shake or spin it manually. Either action will trigger the motor to kick in and send the thing spinning indefinitely. To put it to a stop, you can simply grab the spinner by the edges, which will cause the motor to shut down.

Since it’s designed to spin non-stop, you can set it down on a flat surface, then send it careening around like a supervillain weapon wreaking havoc on a desk. It has a propeller inside that spins along with the whole thing, causing it to move in a controlled manner. That means, if you set it down gently on a desk surface, it will spin in place like a top, all while allowing you to push it towards any direction by simply nudging it that way. 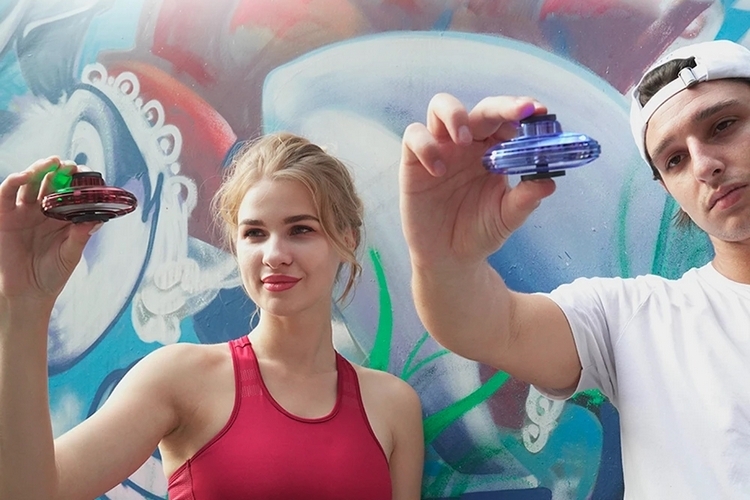 The FlyNova’s internal propeller allows it to hover in the air. No, it won’t stay airborne for long periods like one of those small drones in the market, but it catches enough air under that propeller that it will fall down very, very slowly. This quality allows you to do a whole lot of things with the toy that you wouldn’t otherwise do with a spinner. You can, for instance, toss it from one hand to another, admiring the gentle, hovering flight it performs along the way, as well as pass it to a friend on the other table by throwing it at a downward angle. Want to throw it up in the air and have it return to your hand like a boomerang? Simply throw it at an upward angle and catch it as it returns. 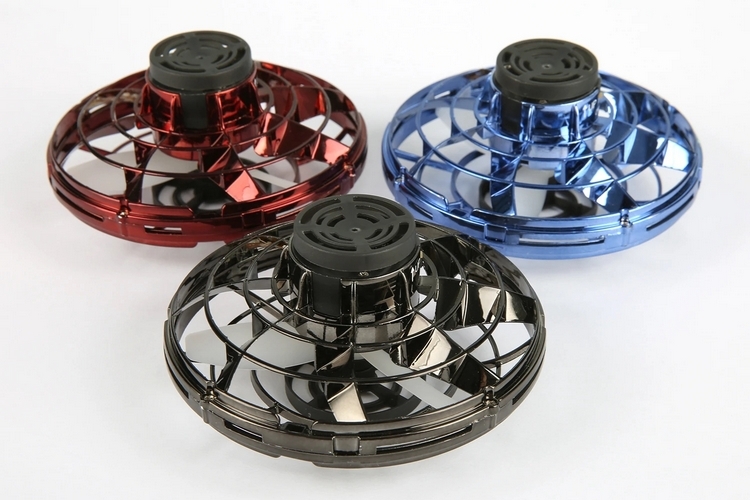 As you can imagine, there are tons of things you can do with a spinner that “flies” in this manner. You can juggle multiple spinners, play catch, and even take down a bunch of bowling pins, as well as throw it to a friend’s head and catch it back because… you know… you’re that kind of guy.