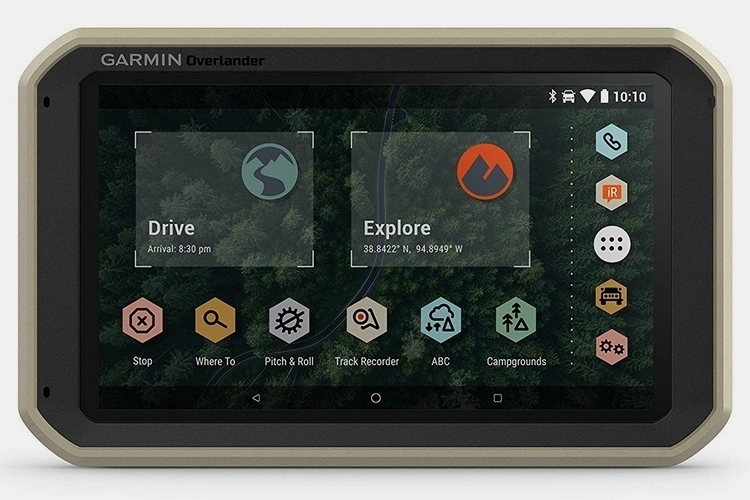 These days, most people have no use for a dedicated GPS. Everything they can do, after all, you can now get either from your phone or your car’s built-in satnav system. What those modern solutions usually can’t help you with are in the world of off-roading and overlanding – those more specialized excursions into rarely-explored paths. That’s what makes the Garmin Overlander something you might find particularly interesting.

An all-in-one GPS designed to guide you in the most remote regions, the device comes with detailed map data for North and South America already built-in, allowing it to guide you through your journey across those two continents without the need for a phone signal or an internet connection. Yes, it’s not a GPS for everyone, but for those who like taking their 4x4s on extreme outdoor adventures, this is exactly the kind of thing that will help them make the most of their journeys. 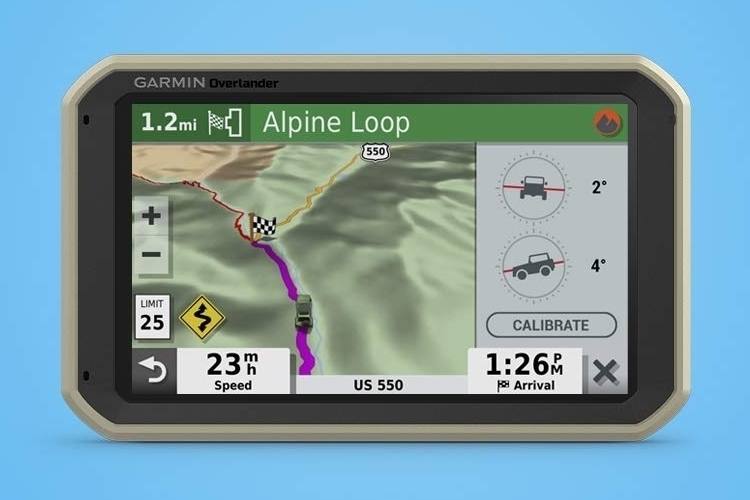 The Garmin Overlander can be used like a traditional GPS, providing you with turn-by-turn directions when driving through cities and highways, allowing you to use it for both your everyday commutes and longer weekend drives. What makes it special, of course, is its ability to be useful outside of urban routes, with its built-in roster of topographic maps, which include OHV routes, 4×4 trails, and even public land boundaries, allowing it to give you directions even when you veer off into less-beaten paths. Even better, it can tailor its suggested routing based on the size of your vehicle, taking into account its height, weight, and length to ensure you can navigate that’s specific trail safely.

Points of interests are marked and labeled on the preloaded maps using the massive databases of iOverlander and Ultimate Public Campgrounds, making it easier to drive or walk to any spots you may want to visit. Simply put, if there’s anything interesting in the vicinity of wherever you end up, this thing can point you towards it even in the most remote of places. 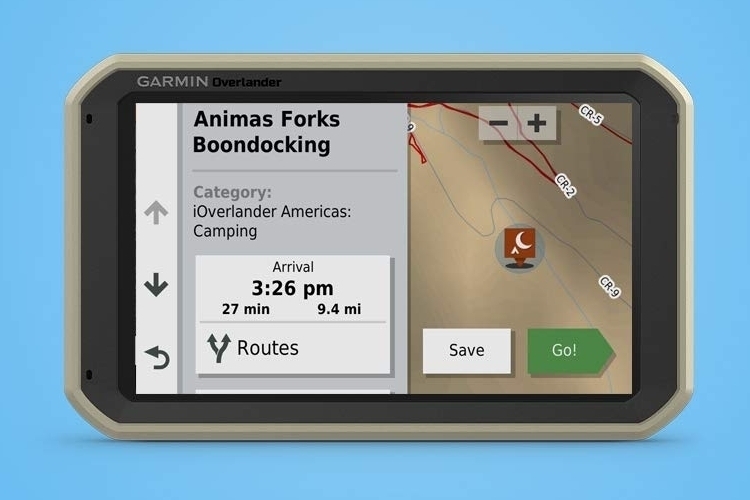 When paired with the outfit’s Explore app, the Garmin Overlander can also be used to download additional topographical, satellite, and quad-sheet maps, allowing you to beef up its preloaded maps with even greater detail. A 7-inch full-color display allows you to see all the information it presents in sharp detail, while a touchscreen interface makes it as easy to interact with as your smartphone. It has a powered magnetic mount in the back that can be secured on any RAM-compatible adapter, although it also comes with a suction cup for simply attaching to the windshield. 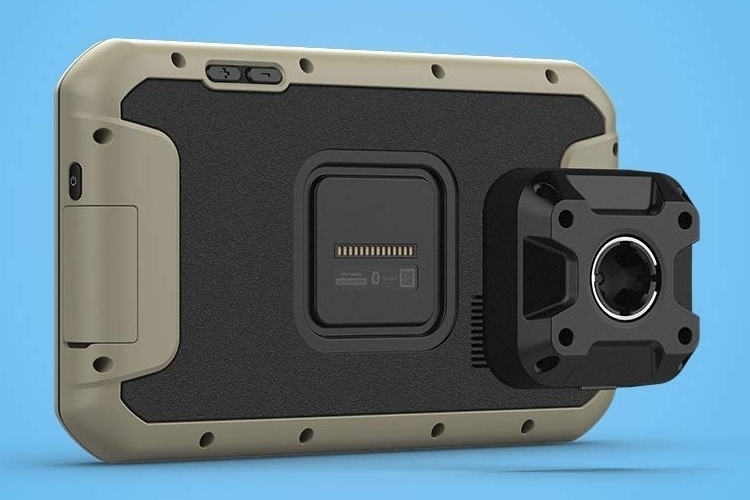 Multi-GNSS support ensures it can facilitate tracking in the most challenging environments, allowing it to switch between GPS, GLONASS, and Galileo as needed, all while being compatible with Garmin’s BC 35 backup cameras, so you can use it as a rearview display for up to four separate live feeds. Want to use it for satellite communication? It’s compatible with Garmin’s inReach devices, too, which should let you trade text messages, send SOS signals, and receive weather forecasts even without a nearby phone signal.

The Garmin Overlander is available now.