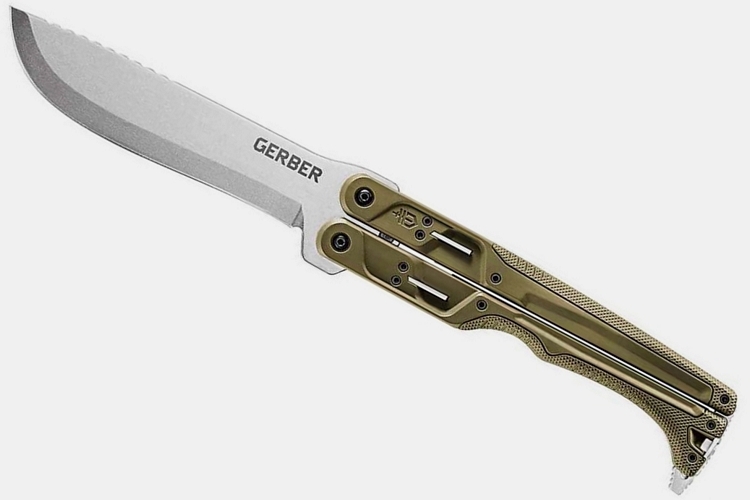 Machetes are awesome. They work great, they look totally badass, and they make life a lot easier in the backcountry. Problem is, the things are just too darn big, making them a whole lot more awkward to bring along compared to a regular survival knife. The Gerber DoubleDown Folding Machete wants to change that.

A machete in a folding knife form factor, the darn thing is able to halve its size when closed, allowing it to fit in backpacks, hip bags, and even in the back pocket of your pants. Granted, it will stick out of that back pocket, but it still gives you a way to carry it that isn’t as unwieldy as a regular machete. 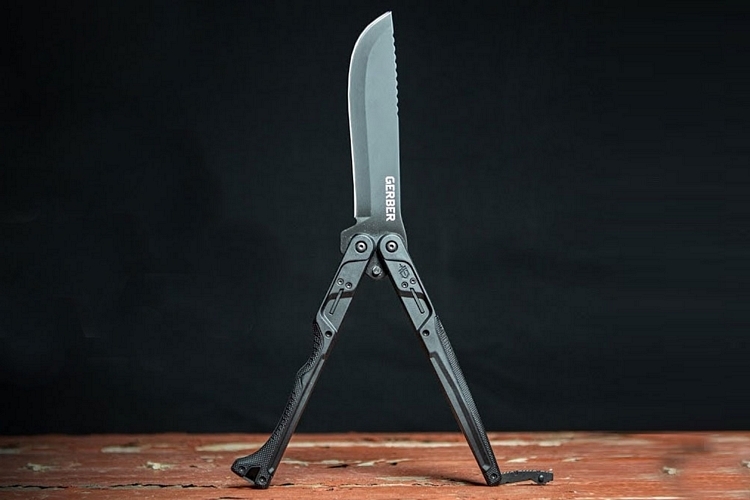 The Gerber DoubleDown Folding Machete measures 15.1 inches long when opened, with the 420HC recurve blade taking up 6.75 inches of that length. We know, that seems a bit of a short cutting edge as far as machetes go (we’re used to them being bigger), but the outfit claims it can serve the same chopping, cutting, and batoning functions that a regular machete does all the same, which is what really matters anyway. That means, you can use it to clear brush, chop firewood, and cut down fruits from a tree, albeit at a potentially less-efficient pace than larger machetes will allow you to do.

While the smaller blade is a definite tradeoff, you gain the benefit of extreme portability, as this machete’s folding butterfly design allows it to collapse to around 8 inches long.  That makes it extremely convenient to carry on your belt (it has a belt sheath included), as you don’t have to deal with the large dangling obstruction you usually get with traditional machetes. It weighs just 1.125 pounds, too, which is quite light for the kind of utility it puts in your gear stash. 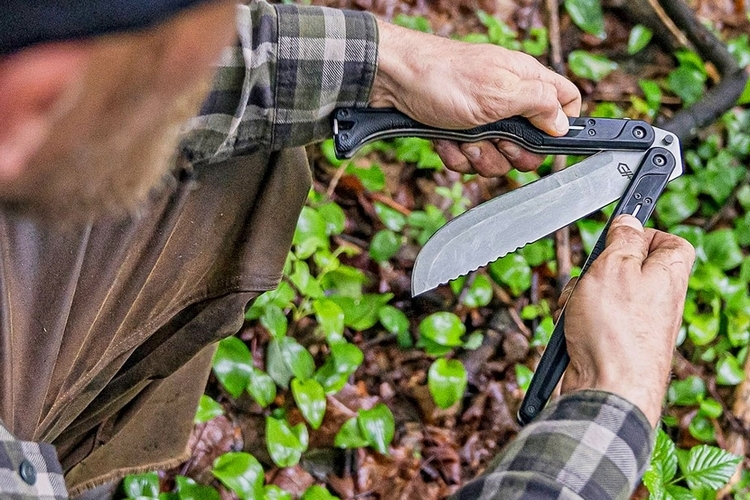 The Gerber DoubleDown Folding Machete has a locking system made out of four separate locks that engage in three positions, ensuring it will neither accidentally open while it sits in your bag or disengage while you’re in the middle of clearing a trail. It has two handling positions for versatile use, as well as a stability bar to keep the blade from moving beyond the normal range of motion and an overstrike guard to prevent damaging the machete when you miss your target. We know, you’re a precision machete user who never misses your target, but they put it in anyway just in case you wake up in the wrong side of the sleeping pad this morning. 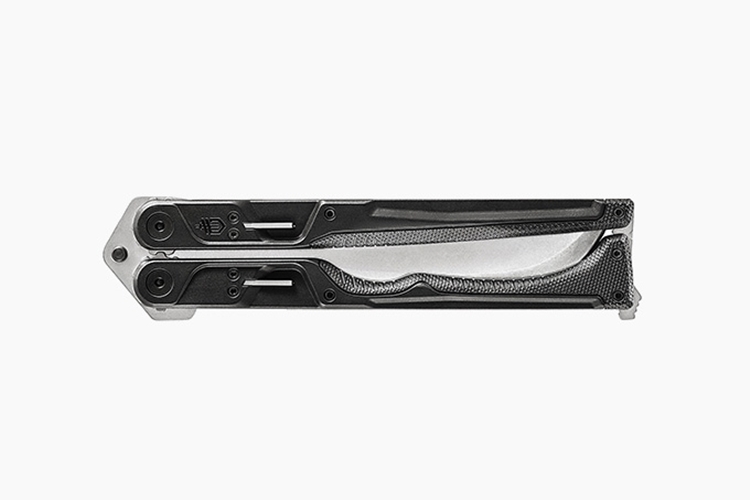 Will this be able to open and close in a manner that’s anywhere as remotely cool as a regular butterfly knife? We’re not exactly sure, but we have a feeling it just might. That means, you can do fancy butterfly knife tricks using a machete and post it on social media to get a few more followers to your barren Twitter and Instagram accounts. Or something like that.

The Gerber DoubleDown Folding Machete comes out in June, priced at $130.