Spend Your Summer Getting Tipsy With This Giant Party Gator 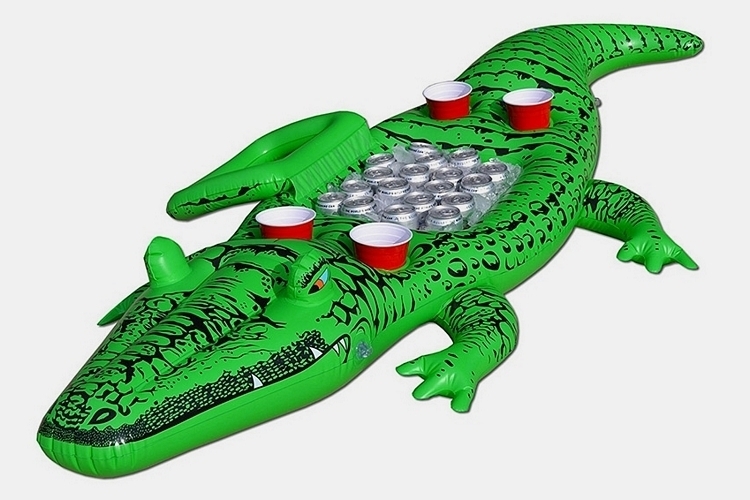 When you see an alligator in the water, it’s probably a good idea to get out. We mean, those darn things can kill you if you’re not careful. Unless, of course, that alligator happens to be this GoFloats Giant Party Gator, in which case, the best thing to do will be to jump in and join the party.

A pool float clad in the likeness of a six-foot alligator, it’s a floating mini-bar that gives you easy access to your drinks right on the water. Whether you’re cooling off in a backyard pool, a local beach, or a backcountry river, this thing lets you grab a cold beer and enjoy it without leaving the water. 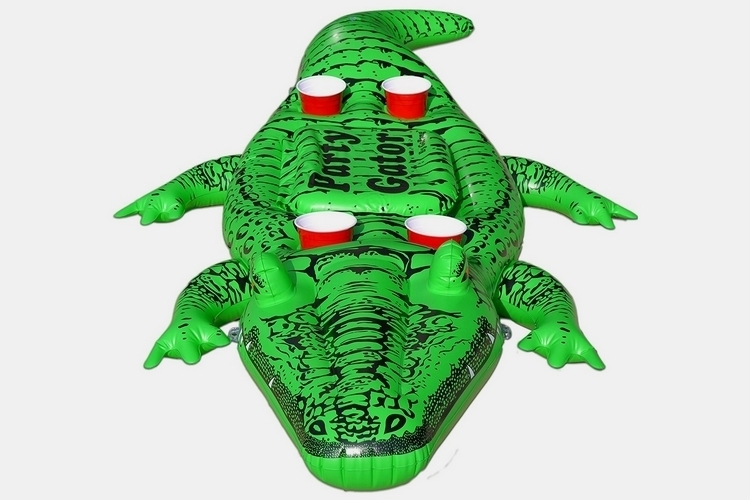 At first glance, the GoFloats Giant Party Gator looks like an inflatable raft – one you’ll want to hop on and ride all around the pool. Except, it’s actually designed to function as a party float, with four cupholders and a cargo area meant to serve as a cooler. According to the outfit, the cooler section can accommodate 20 cans of refreshments, along with ice, so a group of four should easily be able to enjoy their ice cold suds without ever having to get out of the pool.

Do note, the cooler section doesn’t actually look all that insulated, so you might want to use it as a holding bay for a separate cooler instead. Seriously, what’s the point of having 20 beers on hand if all the ice is just going to melt within the next 30 minutes? Just looking at the size, it looks like this will make a great fit for standard 16-quart ice boxes (or a cooler insert), so you should be able to carry a decent load of beer and ice on the float at any time. 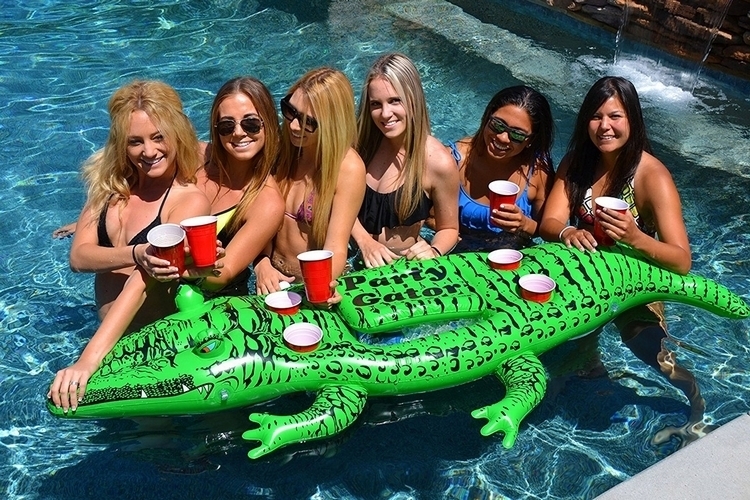 Since it’s designed to carry the weight of beer and ice, all while being used by drunk people, the GoFloats Giant Party Gator is made from a premium vinyl material that’s thicker than what’s traditionally used in inflatables. While it’s not quite as thick as an alligator’s hide, the outfit claims it’s between 25 and 50 percent thicker to ensure it can withstand even more abuse than your average pool float. Four grommets allow you to anchor the float to a fixed spot in the water, which should be ideal when you’re using it in lakes, rivers, and other places outside of a pool where the inflatable could end floating far out of reach. 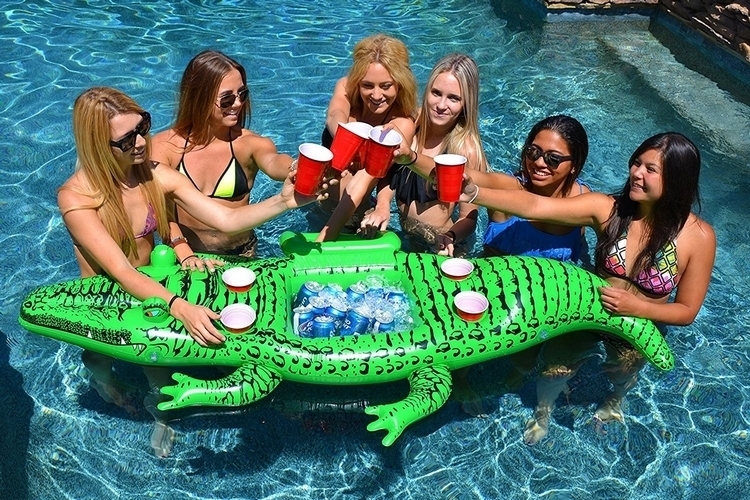 When fully inflated, the float measures 6 x 3 feet (length x width), making it quite the colorful attraction in the water. As such, we wouldn’t be surprised if you want to keep it on the pool even when you aren’t drinking, since a floating alligator does make for an attractive sight in the pool all year round. And, yes, it deflates into quite a compact size, making it easy to throw in a bag and take along for a trip.

Want one? The GoFloats Giant Party Gator is available now. 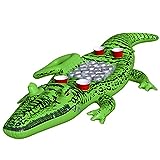