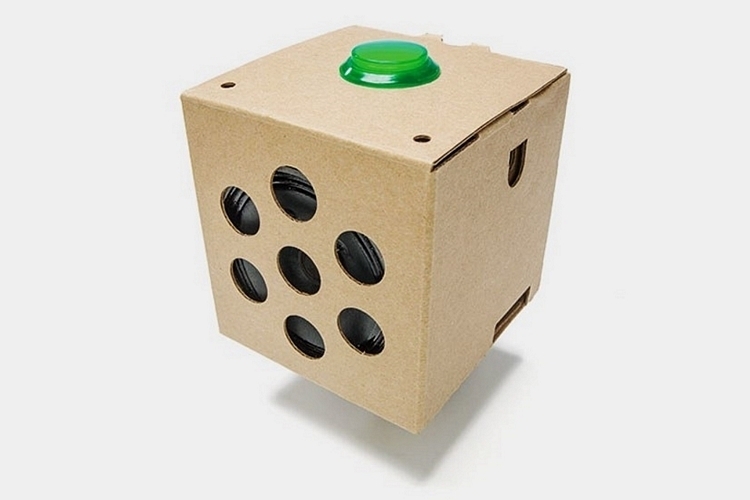 With Amazon licensing Alexa to third-party device makers, getting access to the outfit’s smart assistant has become easier than ever, with people able to bring the power of Alexa to their home for under $50. What about those who prefer Google Assistant over Alexa as their robot assistant of choice? While it’s not quite as convenient as the options for Alexa, it can definitely be done with Google’s AIY Voice Kit.

An acronym for “assemble it yourself,” the set combines most of what you need to build your own speaker with Google Assistant onboard. Originally released as part of issue 57 of Raspberry Pi Magazine, the kit grew so popular that Google has decided to release it as a standalone product. 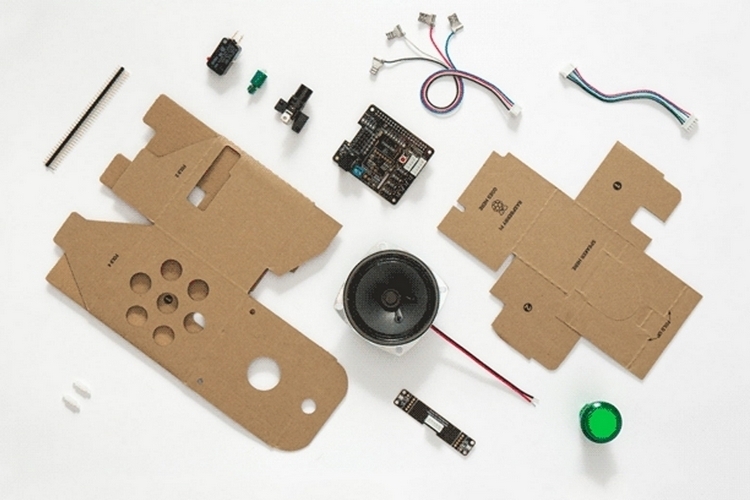 The Google AIY Voice Kit contains a voice HAT accessory board, a voice HAT microphone board, a three-inch speaker, an arcade-style push button, a micro-switch, a LED lamp, and a cardboard speaker enclosure. You’ll need to add a Raspberry Pi 3 board, a 2.5A 5V power supply, and a microSD card, then assemble everything yourself using a screwdriver. Yes, there’s no soldering required, so it’s the kind of project that anyone moderately interested in putting together electronics will be able to cobble together.

Once assembled, the device will be able to run the full Google Assistant module, so you can ask it questions, issue commands, and stream music as you could with Google Home. While it should, theoretically, work with home automation devices, you’re going to have to take that on a product-by-product basis, since there’s way too many of those devices right now to ensure full compatibility. IFTTT compatibility is assured, though, so you can likely make it work with a little time spent using the service’s app.

According to the product page, the Google AIY Voice Kit can be assembled and programmed in as little as 30 minutes. That number is for folks with previous coding experience, though. For those with no coding background, they estimate around 60 minutes of work, since they’ll have to get their heads around basic coding concepts first. And, yes, detailed instructions are included with the kit, so even novices should be able to get it up and running.

How good of a speaker can you expect from this thing? Probably not that great. As a cheap and relatively simple way to bring Google Assistant to as many people as possible, however, it’s about as accessible as we’re going to find. Unless, of course, Google eventually decides to license their smart assistant to third-party manufacturers, which isn’t that far-fetched, considering they did the same thing with both Android and Chrome OS.

Of course, you’re not required to build a standalone speaker with the kit. You can, alternatively, use it to integrate Google Home into any project, whether you’re building your own T-800 robot, a mini-arcade cabinet, or an intelligent car speaker.

Now available for preorder with an October 28 ship date, the Google AIY Voice Kit is priced at $24.99.