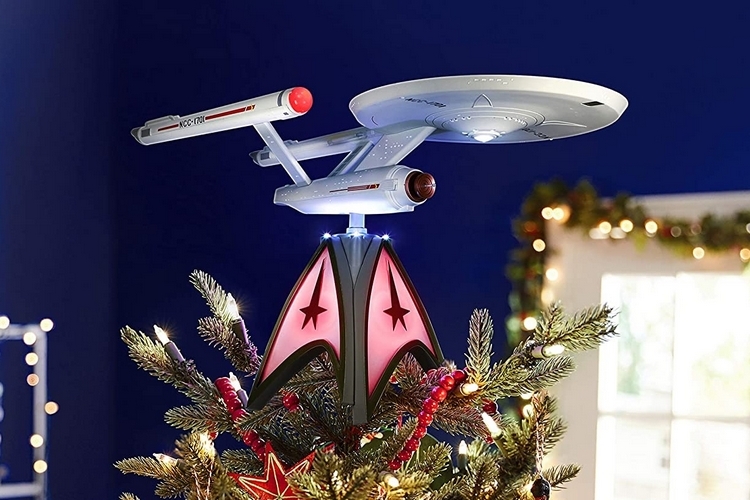 Most people top their Christmas trees with a fancy star. Others crown it with a Santa Claus, snowman, or some other popular holiday figure. As great as those ornaments are, let’s be honest, you’d rather have something else at that precious centerpiece spot. You know, something that reflects your own personal obsessions, whether you spend the rest of the year doting on sports cars, collecting toy trains, or writing your own ending for Game of Thrones. If you’re a Star Trek diehard, Hallmark just released the perfect ornament for the top of your Christmas tree in the form of the Star Trek USS Enterprise Musical Tree Topper.

That’s right, you can have the Starship Enterprise soaring over your tree, allowing you to bring the timeless magic of the long-running cult phenomenon to your living room this holiday season. Whether you started your Star Wars journey from The Original Series, discovered it a bit later through The Next Generation, or got sucked in post-millennium via the Enterprise prequel, this is exactly the kind of ornament that will complete your Christmas tree. 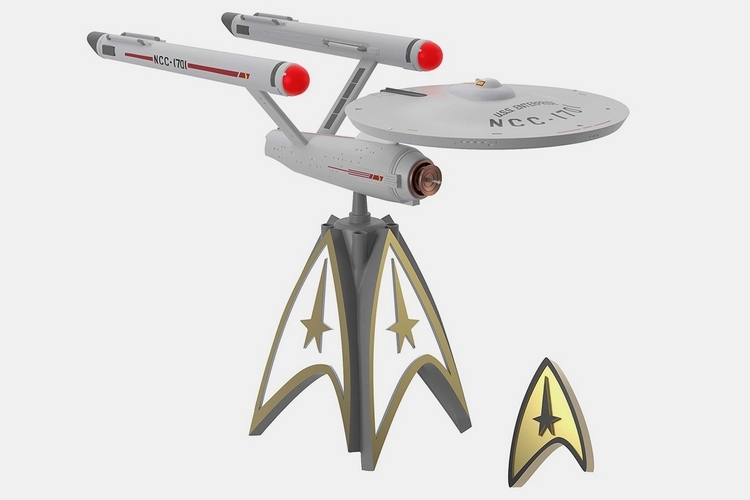 The Hallmark Star Trek U.S.S. Enterprise Musical Tree Topper casts the flagship spacecraft of the Starfleet Command as a crowning ornament for the spruce, pine, or fir tree you have standing upright in your home. It’s, basically, a detailed rendition of the iconic NX-01 in plastic form similar to many toys you may have come across over the years, albeit with a fixture at the bottom that lets you secure it to the top of a holiday tree that’s covered in Starfleet emblem on all sides. From what we can tell, that bottom fitting can also be used to stand the model on a flat surface, so this can serve as a standard shelf display when it comes time to take down the tree throughout the rest of the year.

It’s quite big, measuring almost a foot tall and almost a foot-and-a-half wide, making it a substantial presence at the top of the tree. And yes, they loaded it with lights, so it can add to the colorful presentation with the rest of the décor you have hanging along the tree’s branches. 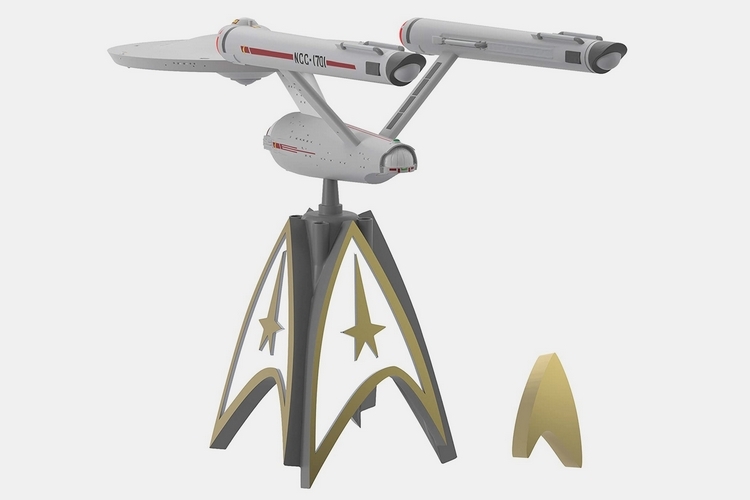 The Hallmark Star Trek U.S.S. Enterprise Musical Tree Topper also comes with an onboard speaker that can play the theme from Star Trek at the push of a button on the included wireless remote. That music is accompanied by a matching light show, so you can celebrate the holidays with a Star Trek extravaganza. Or something. 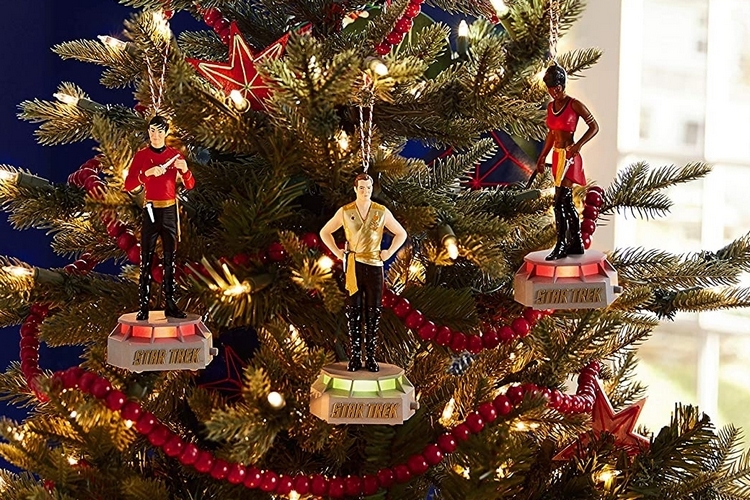 The tree topper, by the way, is part of Hallmark’s Star Trek collection for 2020, which also includes three character ornaments that you can hang in the tree. Specifically, the collection includes a trio of characters from the “Mirror, Mirror” episode of The Original Series, where the crew of the USS Enterprise swap places with their counterparts from a parallel universe. The collection gives us Captain Kirk, Lt. Nyota Uhura, and Lt. Hikaru Sulu in their alternate parallel universe outfits.

The Hallmark Star Trek U.S.S. Enterprise Musical Tree Topper is available now at an, admittedly, eye-watering price. If you’re a fan, though, it might just be a worthy Christmas treat. 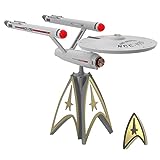