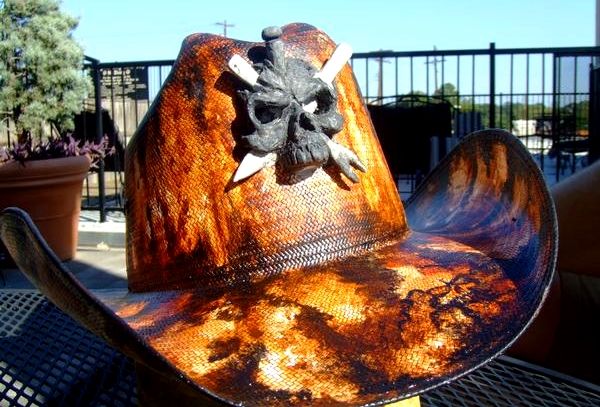 Who says only pirates get to decorate their garb in skulls and bones?  Even bull-herding cowboys can look fashionably edgy with a customized hat from Hellbilly Delux wrapped around their noggin’.  Yee-haw.

If you love your Stetson straw cowboy hats but can’t stand looking like you just got off the ranch, the outift’s personalized designs should guarantee nobody makes that mistake.  Building off pre-bought cowboy lids as a base, proprietor Hillbilly Joe turns the classic-looking headwear into intricately morbid masterpieces that look just at home in a death metal moshpit, as it does in a wasteland version of the Wild West. 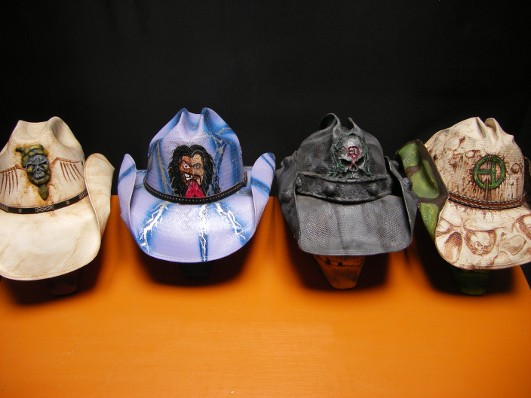 All Hellbilly Delux cowboy hats can be personalized down to the last detail.  We’re not sure if Joe  will be up for throwing unicorns and rainbows, instead of skulls and tattoo-inspired themes, but I don’t see why not.  Once you’ve agreed on a design, he’ll get your head’s exact measurements, while you pick out a Stetson that you like.  Sorry, Resistol and Dorfman fans, they’re strict about using hats from one company, as they’re Garland-based.  He uses different processes for the actual decorating (metalwork, sculpting, painting), but shuns airbrushing (he calls it “cheating”). 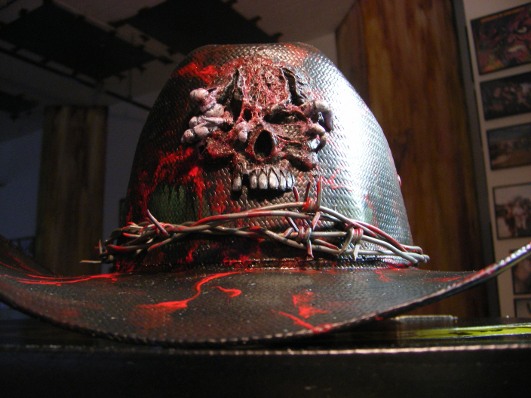 Past customers who have bought custom Stetsons have included Kid Rock, Lemmy from Motorhead and Hank Williams III.  No fixed pricing as end charges will depend on the actual designs you request.  Just in case you’re thinking of scamming Hillbilly Joe, do note that he’s not only into skulls and other morbid crap – he’s a freaky 6’9” dude who occasionally moonlights as a bodyguard too.  You’ve been warned.