HIOD One Is A Wireless Communicator For Cyclists 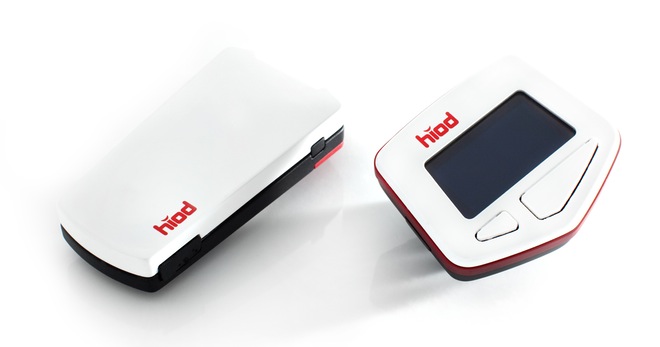 Bicycles.   Treehuggers use ’em.  Hipsters love ’em.  Bearded treehugging hipsters always seem to be riding one.  Time to make gadget money off them pedal kickers.  The HIOD One just might do the trick.

Dubbed as a “sports communicator,” the gadget is basically a high-tech walkie-talkie for cyclists.  With one, you can talk to similarly-equipped fellow pedal pushers on the road, exchanging friendly banter and discoursing on the major issues of the day.  Or something like that.

The HIOD One consists of two primary components: a control unit that mounts on your super cargo bike’s handlebar and a voice unit that you’re supposed to clip somewhere on your body (like your wrist or shirt pocket).  The control unit features an OLED display for flipping through menus, as well as scrolling through songs (yep, it can double as a music player).  It can pair with up to five other HIOD One users over Bluetooth, with whom you can communicate with, one at a time, from up to 1,300 feet away.

The voice unit won’t work like a walkie-talkie, though — you’ll still have to plug in a wired headphone/mic to hold conversations.  Oh yeah, you can also use it as a hands-free option when taking calls on your phone.

If you frequently hit the road on a bicycle with friends, the HIOD One might prove a useful tool for being able to stay in contact even while you take each other’s favorite shortcuts on the way to the “bearded treehugging hipsters who love gadgets” festival. What do you mean they don’t have that in your city?  Dude, you should move.