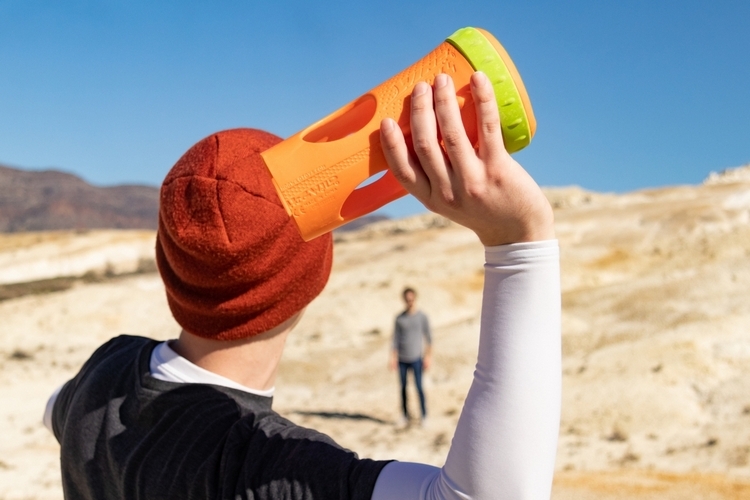 It looks like a drinking tumbler with large holes punched onto the sides and bottom, so you can prank someone into making a mess, thinking they’re pouring into a drinking vessel. It isn’t. Instead, the Hog Wild Wingball is the newest evolution of those foam footballs that you pass around with your friends.

No, we don’t think it looks like a football, either. Heck, it doesn’t look like any kind of ball ever used on any kind of sport. Except, that odd shape actually makes a more dynamic throwing toy – one that can go faster and farther than the Nerf footballs you’d otherwise be using. 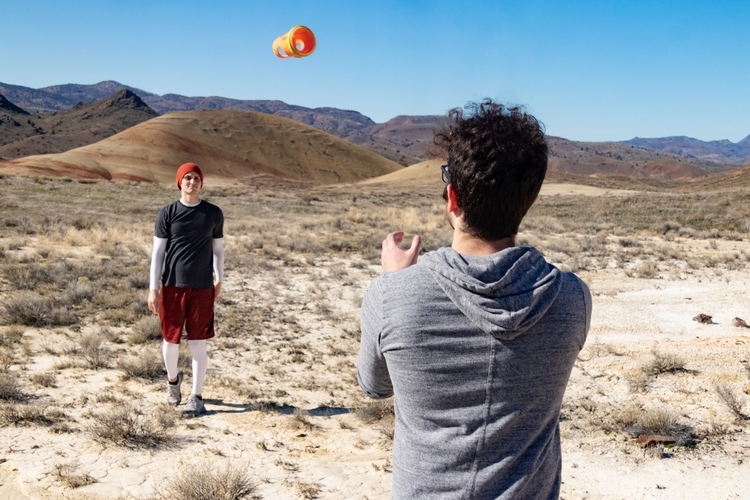 Billed as “the ultimate foam toy for toss and catch games,” the Hog Wild Wingball, basically, reimagines the foam football as something that doesn’t even look like a football. Yes, throwing something that doesn’t look like a football won’t make you feel like you’re a young Tom Brady throwing a touchdown in the Super Bowl, but it should let you throw faster and further, which, ultimately, could make for a lot more fun. How much faster and further? According to the outfit, the toy’s unique design allows it to whizz through the air at impressive speeds of up to 88 mph, all while reaching distances that traditional foam footballs just won’t be able to match.

So why exactly is a hole-filled tumbler able to fly that well? Apparently, it’s because of the toy’s annular wing construction. To the unfamiliar, this is based on those aircrafts with wings that, effectively, merge at their ends, creating a closed-wing plane with no wingtips. In the toy’s case, the merged wings supposedly allow air to pass through while lifting up the entire thing, essentially boosting its speed and distance. So yeah… that’s why the darn thing looks like a busted tumbler instead of a football. 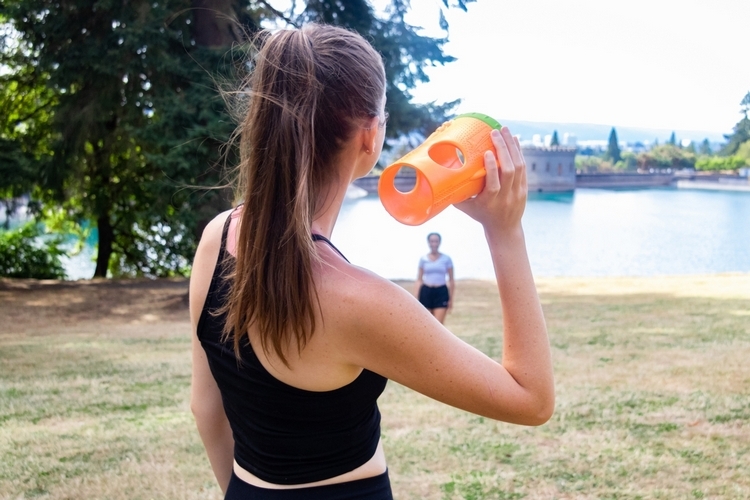 The Hog Wild Wingball has a soft foam construction similar to traditional tossing toys, so you can smack each other in the face with it without anyone getting hurt and throw it at the wall without damaging the paint. It’s also very light at 7.5 ounces, so your kids can throw this with all their might without expending a lot of energy. To toss the toy, by the way, you grip it via the textured section (the end with the green ring on it), which has indents that show you where to place your fingers to ensure a perfect throw, then just pull it back and let it loose with the large opening squarely out front. Yes, there’s some learning curve to throwing it, although it should be easy enough to figure if you’ve ever thrown a football in your life (the motions are, basically, similar). 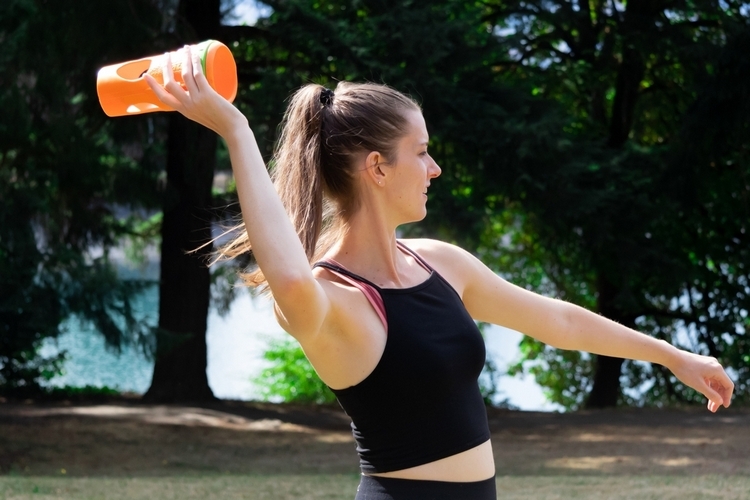 Hog Wild, by the way, calls it “the football of the future.” With that said, we don’t think they’ll be using this shape in the NFL anytime soon. It does, however, make for a viable replacement to traditional foam footballs if you want to play toss-and-catch at greater distances. 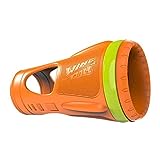