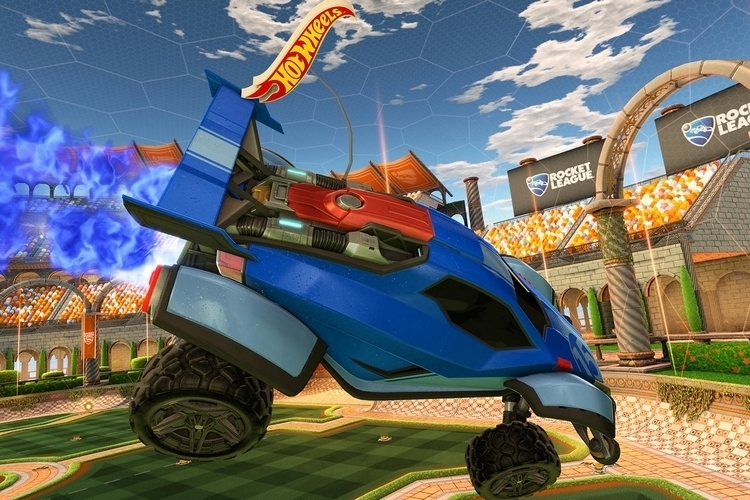 Rocket League is one of those games that’s on every modern platform available (well, everything but mobile), allowing you to play it whether you’re on an Xbox One, a PS4, a Windows PC, or a Nintendo Switch. Soon, you can even play it in real-life with the Hot Wheels Rocket League RC Rivals Set.

That’s right, Hot Wheels is bringing the popular video game to life, allowing you to finally enjoy its ridiculous premise of “soccer but with rocket-powered cars” even without a rectangular screen in sight. Granted, RC cars pushing balls on the ground isn’t nearly half as cool as the cars doing barrel rolls and somersaults on the game, but considering this is real life, it’s probably good enough. 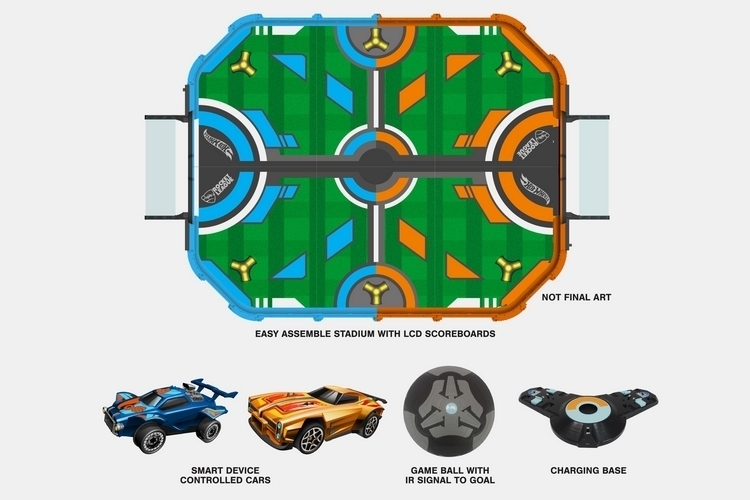 The Hot Wheels Rocket League RC Rivals Set comes with two Battle-Cars: an Octane and a Dominus, both of which come with colorful decals just like you can do with the cars in the game. Instead of remotes, the cars come with a companion app that you can use to control the vehicles using a tablet or a smartphone, which should make them easier to carry for enjoying a game of “car soccer” everywhere you go. Unlike in the game, the cars don’t come with boost, so you’re stuck having to drive at rather restrained speeds. It comes with a charging base that allows you to replenish the cars’ batteries whenever they are parked.

Aside from the cars, the game includes a play mat that recreates a Rocket League arena, albeit without the tall cage-like structure, so you won’t be able to drive on walls like you do in the game. Instead, you get just a flat play mat with goals on either end, with low walls around it to keep the ball from rolling off the arena, which should still recreate the game’s soccer gameplay close enough to make it fun.

The Hot Wheels Rocket League RC Rivals Set comes with an oversized ball that your cars can push around the arena, which is fitted with an IR chip that allows sensors on the goal to identify whenever a point is made. The ball, by the way, charges wirelessly on the central section of the charging base, while an LCD scoreboard should make it easy to keep track of who’s ahead, so there’s no need to argue about the scoring at any point during the game.

Like many toys based on video games, the set includes codes that you can use in-game to redeem special items. We’re not entirely sure about what items you can actually get (they’ll be announced before the actual launch), but if you’re a fan of the game (which you probably are if you’re buying this), that’s definitely a neat bonus.

The Hot Wheels Rocket League RC Rivals Set will be shown off at Toy Fair 2018 in New York City this month, although it won’t be available for sale until the Holiday season. Price is $179.99.