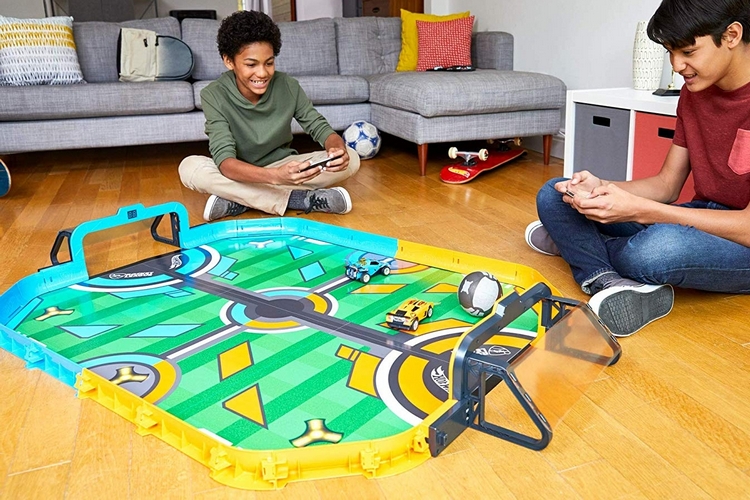 Rocket League is a heck of a fun game, whether you play it on a PC, a PS4, or a Nintendo Switch. Which leaves us curious if the darn thing is equally as fun in real life. Now, you can find out for yourself with the Hot Wheels Rocket League Stadium Playset.

That’s right, this new Hot Wheels set turns the vehicle-based soccer game into a physical toy, so you can stage your own tournament right in your own home. Granted, playing with actual RC cars doesn’t really compare to the intensity of rocket-powered vehicles that can soar through the air like they do in the video game, but this does give you a way to take the gameplay mechanics of the popular esport into the world of physical play. 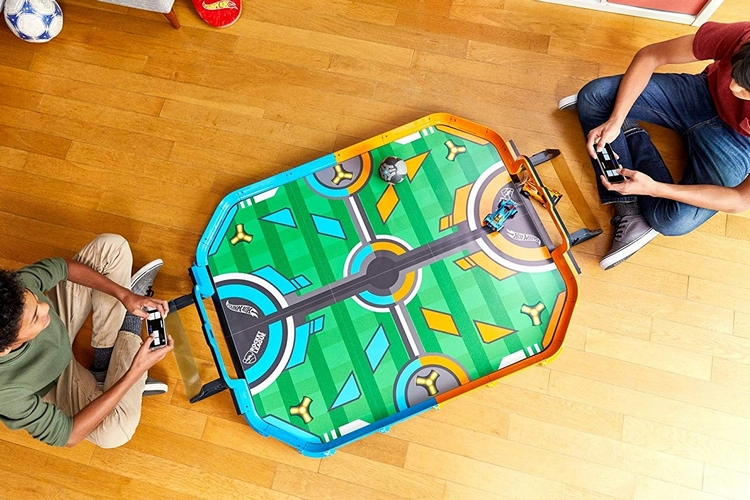 The Hot Wheels Rocket League Stadium Playset comes with a large playing arena that looks to measure around 3.5 x 2.5 feet (probably bigger), giving you plenty of room to operate the RC vehicles while you and a friend try to push the ball towards each other’s goals. The entire arena is fenced in, so while you cannot make the RC cars fly across the walls, the vehicles and the ball should stay in the stadium the entire time you’re playing. While the arena is big when it’s in play, it doesn’t have to be that way when the game is tucked away, as the entire grounds can be folded, while the fence and goals can be disassembled, allowing it to collapse in a reasonable size for keeping in a drawer or a cabinet.

Two cars from the game are included, namely Dominus (a muscle car which resembles a 1965 Pontiac GTO) and Octane (a sporty buggy-like racer), each of which can be controlled using the companion app (iOS and Android), where you can manage the acceleration, braking, steering, and even activating the turbo boost. Both cars come with clip-on push bars on the bumpers to facilitate ball handling control, LED thrust indicators, and rechargeable batteries, with the two vehicles able to dock at the same time on the included charging station. 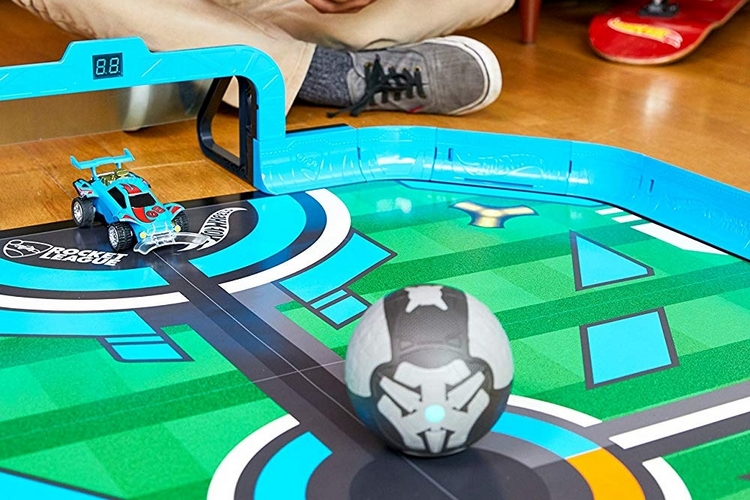 The Hot Wheels Rocket League Stadium Playset comes with embedded sensors equipped on the both the goals and the ball, allowing the app to recognize whenever a goal is made, so you can check the game score on the app instead of having to keep track of it yourselves. Aside from controlling the cars and keeping scores, the app comes with cheering sounds and animations, which should make the gameplay feel a lot livelier at every turn. 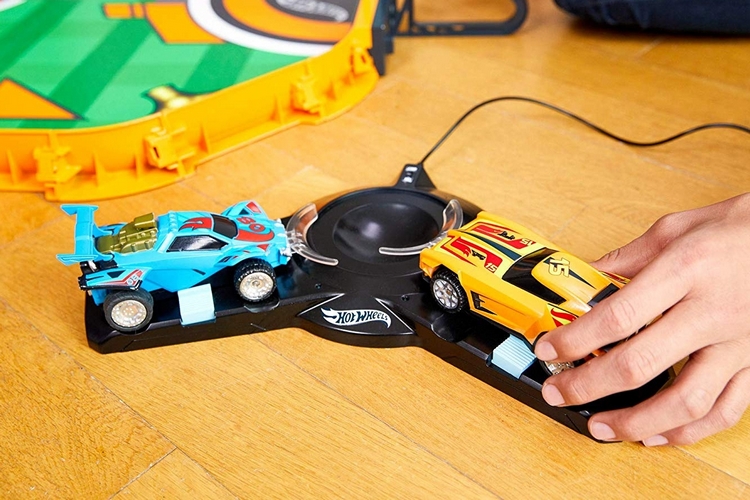 Aside from the physical toy, the set also includes a coupon for downloadable content in the Rocket League game, which can be redeemed on any of the platforms the game is available to play. We’re not entirely sure what kind of content we’re talking about here, but we’re guessing it gives you access to vehicles, car parts, decals, and other elements that can be found in-game.