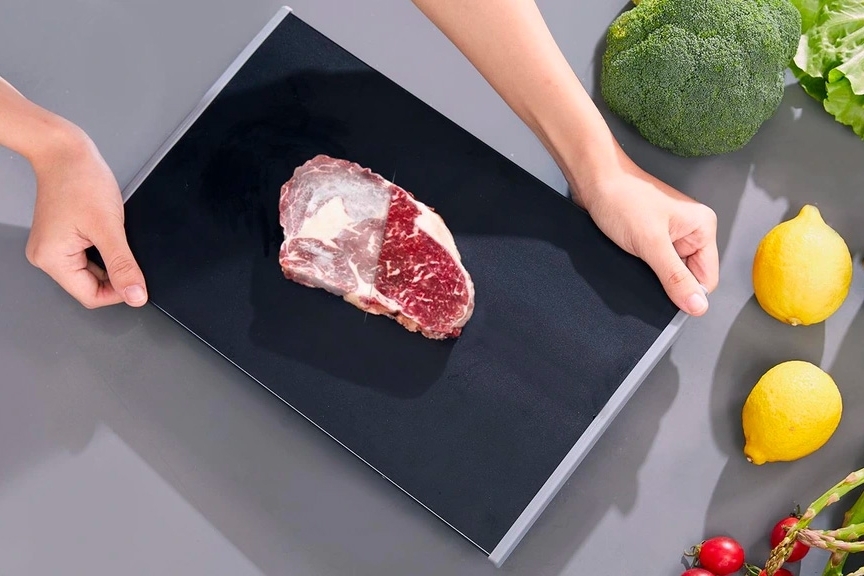 Taking meat out of the freezer and putting it in the fridge is always the best way of defrosting meat for cooking. Problem is, it usually takes an entire day for food to fully thaw when it’s frozen, making it far from viable when food is still in the freezer and dinner needs to be ready in two hours. In that situation, your options are either wasting power (thaw in oven), wasting water (thaw it under the faucet), or waiting a long time for it to thaw in room temperature. The Icegone offers a better alternative.

A thawing plate, you simply set down your frozen meat on its surface and let it go to work as it thaws your icy eat completely in a fraction of the time it will take to defrost when left in normal room temperature. It uses no electricity and no running water, too, making it far more efficient compared to other thawing options. 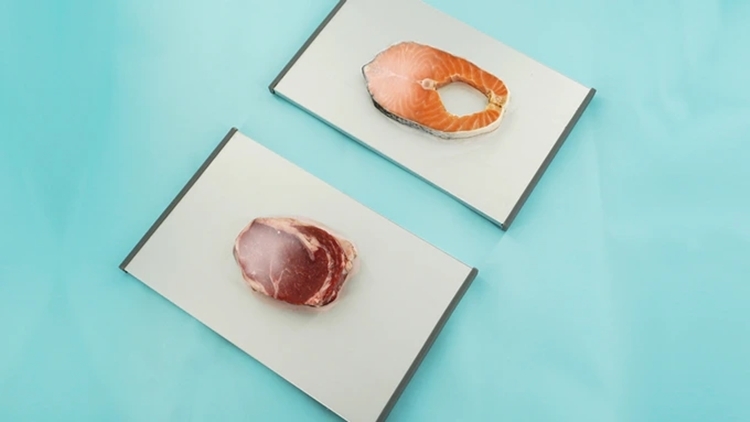 The Icegone is a defrosting tray cut in a highly-conductive aluminum body with sealed thermal liquid underneath that can store and release heat in an accelerated manner, while heat fins across the base speeds up the rate of heat transfer with the ambient air. Basically, the frozen food on top of the tray get more hot air exposure because of the thermal liquid and heat fins underneath, ramping up the defrosting process without exposing the meat to high levels of heat. According to the outfit, it should facilitate thawing at eight times the speed compared to simple room temperature exposure. 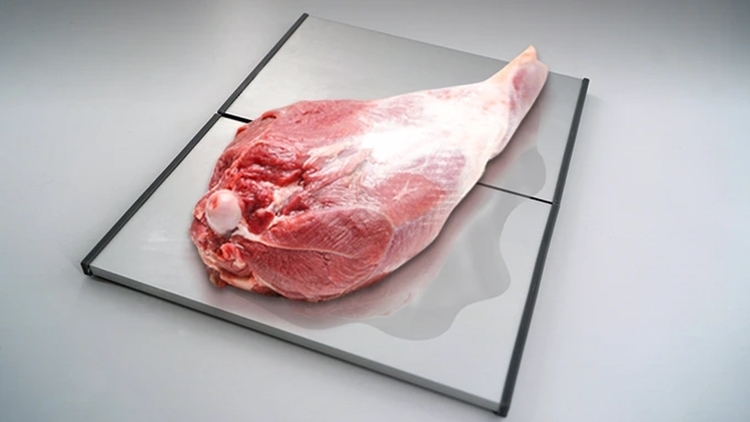 Granted, thawing isn’t automatic, either, but it is quick enough that you should be able to start cooking with the meat in 30 minutes or less. According to the outfit, a 286-gram slice of pork can fully thaw on the tray in just 15 minutes, compared to the hour and a half (or more) it will take if you just leave it in the kitchen counter. A standard-sized fish should also thaw in around 15 minutes, a 245-gram steak in 20 minutes, and some pre-made burger patties on around 10 minutes. Obviously, bigger cuts of meat will require more time, although, the outfit says, 30 minutes should be more than enough to melt the ice in food in most instances. 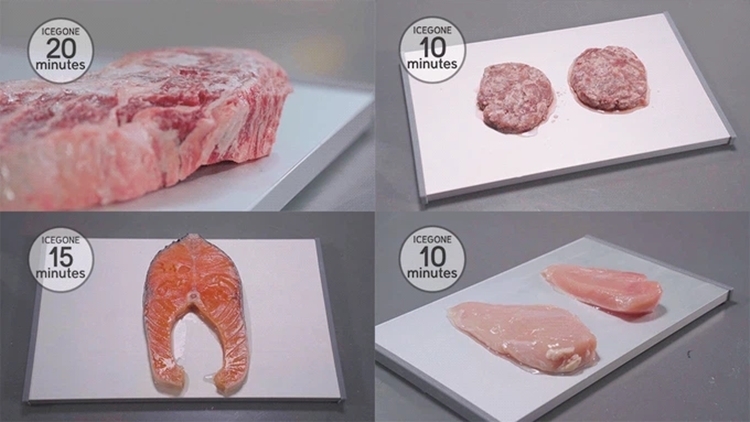 Because the Icegone doesn’t expose the meat to actual heat, like it would defrosting in an oven or warm water, it doesn’t affect the food’s flavor or nutrients whatsoever. Basically, it’s a very natural thawing that preserves as much of the food as possible. The tray, by the way, has a non-stick surface, so it should clean effortlessly with just a wipe down, making it highly convenient to have around. And in case, it gets a bit dirtier, the whole thing is also dishwasher-free. It measures 13.6 x 8.5 x 0.4 inches (length x width x thickness), so it’s around the same size as a standard cutting board, which means it can be stashed in the same drawer for storage and fit in the same rack on the dishwasher.

A Kickstarter campaign is currently running for Icegone. You can reserve a unit for pledges starting at $55.