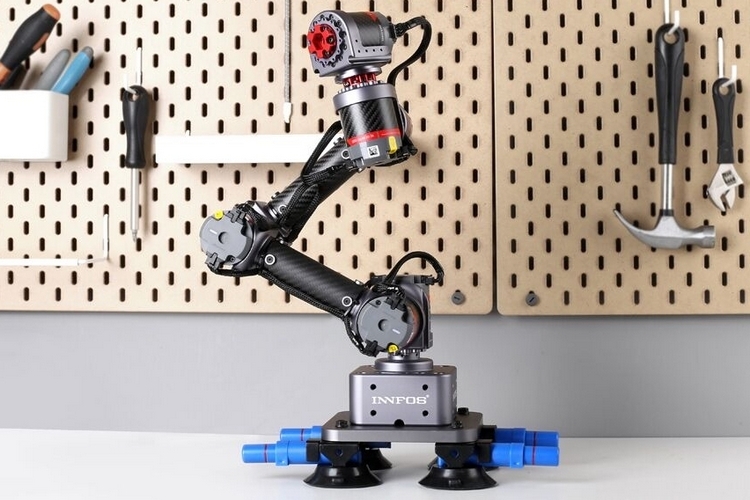 There’s no shortage of desktop robot arms that are aimed at both professionals and hobbyists alike. The Innfos Gluon looks to set itself apart with a modular design and an industrial servo system that allows it to bring a new level of precision to desktop robots.

Designed for both professionals and hobbyists, the robot boasts human-like flexibility that allows it to be programmed for a wide variety of tasks like any similar robot arm, from pick-and-place operations and camera tracking to 3D fabrication and processing assembly. Except, they do it with the outfit’s own smart compliant actuator (SCA), which has previously served as the core joint actuator in many high-end service robots, giving it a level of precise control like nothing before it. 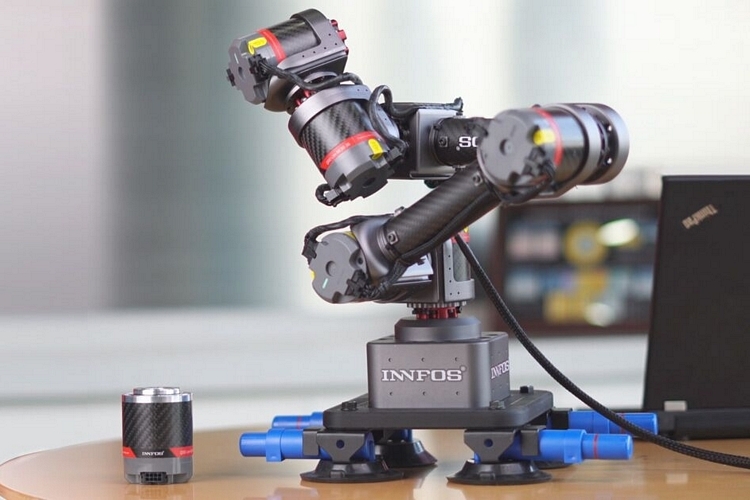 The Innfos Gluon is a modular six-axis robot arm that can move in a complex variety of ways, allowing it to reach nearly any position with its immediate reach. The big selling point here, of course, is the composite-based SCA QDD Lite-NE30 smart actuator, which comes equipped with a high torque density outer rotor motor, high-precision reducer, precision encoder, collision detection sensor, and driver, giving it compliant control that, the outfit claims, can carry out tasks with “human-like flexibility and suppleness.” Because of this actuator, the arm’s position, velocity, torque, and impedance can be precisely regulated without the need for any other components. They claim it’s so accurate, it can even perform needle threading with an impressive consistency. 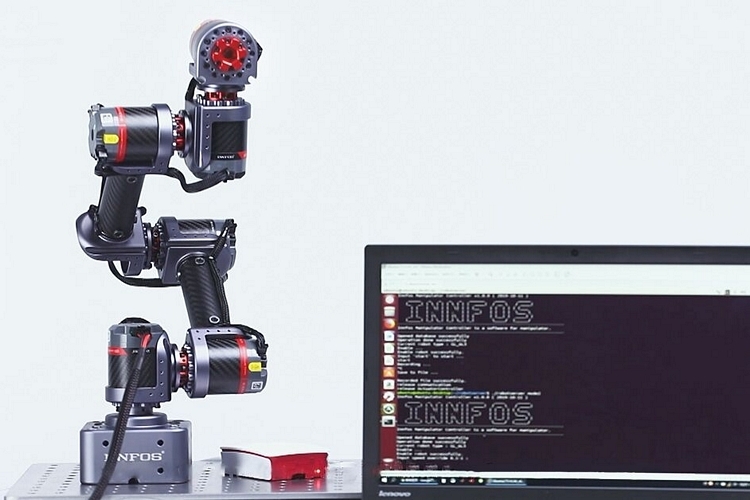 Like many desktop robot arms, the Innfos Gluon has swappable end effectors for carrying out different tasks. The current lineup lists a suction cup, a universal ball gripper, a micro servo gripper, and an electromagnetic head, although they also mention pen holders, laser engravers, and 3D printers, so we’re not quite sure which ones will be available for purchase. It has a load-carrying capacity of 500 grams (over a pound), so it can carry GoPros, smartphones, and plenty of small objects pretty easily, while a composite carbon fiber build makes it strong while being lightweight. 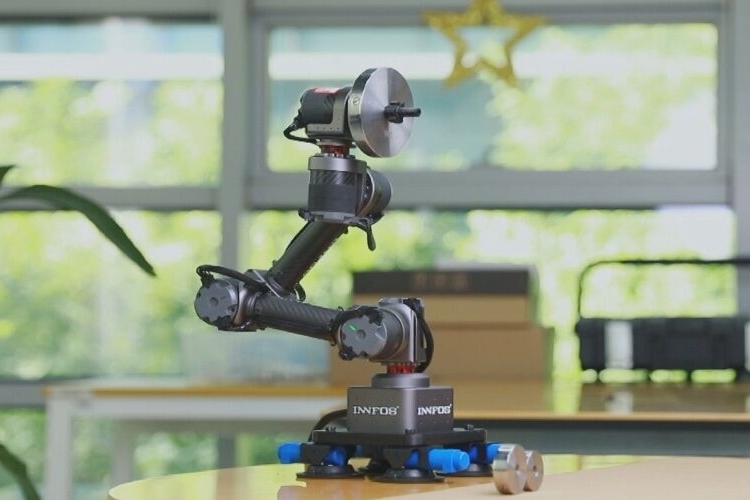 You can easily hook it up to a computer using the included Ethernet-to-CAN bridge, all while supporting Windows, Linux, and Mac platforms out of the box, so you can use it with everything from your brand new Macbook to a Raspberry Pi. It comes with control software called IRS, which integrates a programming interface, trajectory planning, and even programming lessons for those who need it, as well as its own visual debug software (Innfos Actuator Studio). There’s also an SDK if you want to write code for the robot in MATLAB, Python, C++ or ROS.

A Kickstarter campaign is currently running for the Innfos Gluon. You can reserve a unit for pledges starting at $899.