Enjoy 96TB Of RAID Storage With The LaCie 12big Thunderbolt 3 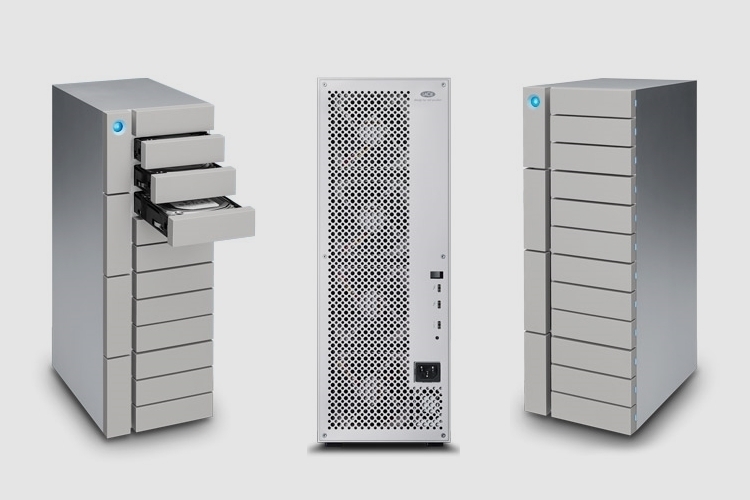 Serious digital hoarders need serious storage space. The massive amount of movies, shows, and games you’ve downloaded off torrent need to make room somewhere, after all. And when it comes to off-the-shelf storage boxes, it’s tough to find something with more space than LaCie’s 12big Thunderbolt 3.

Clad in a form factor similar to PC towers, the system comes with 12 front-loaded drive bays that can each be stuffed with 8TB hard disks for a massive 96TB capacity. Whether you’re a serious hoarder who never deletes anything, a filmmaker who edits 4K clips on a regular basis, or just an eccentric dude who wants to make an offline copy of the entire internet just in case of an apocalypse, this thing should offer your best shot at never running out of space. 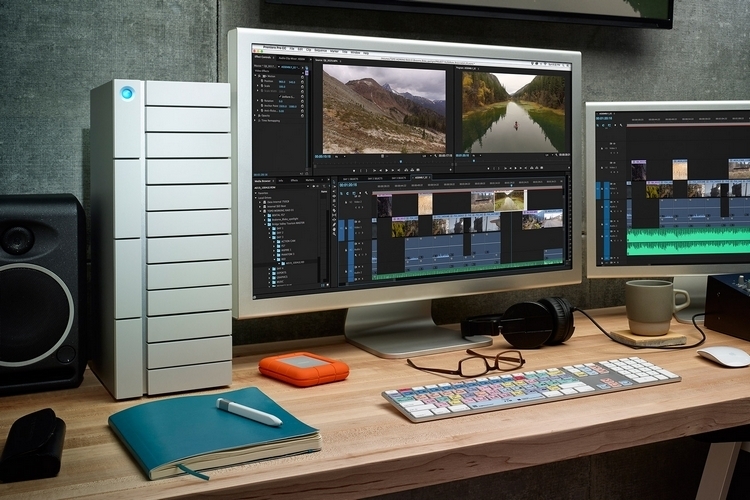 The LaCie 12big Thunderbolt 3’s 12 hard drives all work together as one system, giving you a massive space to dump up to 100 hours of 4K footage without having to manually break files up. With a hardware RAID controller and 7,200 RPM drives, it boasts input/output speeds of up to 2,600 MBps, so even working with 6K videos won’t slow down your hardware. It comes with two Thunderbolt 3 ports, so you can hook one up to a computer and the other to a second 12big storage box, with the ability to daisy chain up to six boxes together for a mind-blowing 576TB of storage. Features include hot-swappable drive bays, a USB-C slot, four redundant fans for cooling, and multiple indicator LEDs to keep you informed of what’s going on.

No pricing yet, but the LaCie 12big Thunderbolt 3 will come out in the summer.