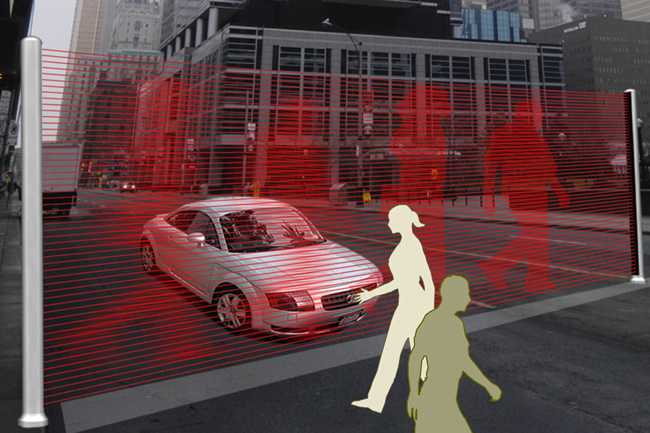 Sure, it’s only a concept.  Regardless, the Laser Crosswalk, which adds a virtual wall of light between motorists and people crossing the street, is the single best innovation I’ve ever seen in keeping pedestrian lanes safe.

If you’re from a country where people follow traffic regulations to the letter, then it probably isn’t an issue.  For many parts of the world, though, pedestrian lanes can be an unsafe place, especially at night when a lot of drivers are either sleepy or tipsy from a couple of drinks. 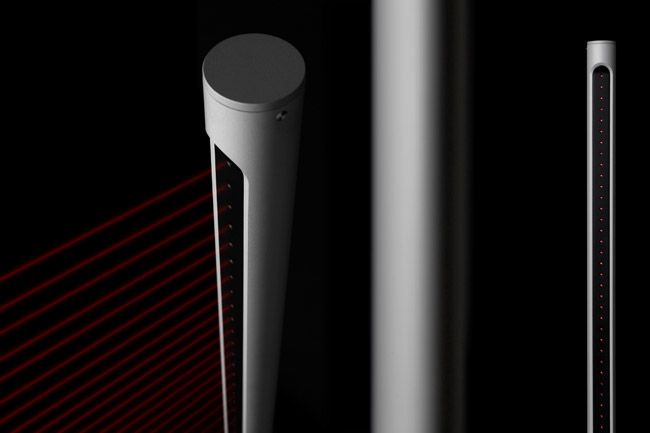 With the Laser Crosswalk, a huge wall of laser immediately appears as soon as it’s the pedestrians’ turn to cross.  Unlike ordinary traffic lights which people can instinctively ignore when traffic seems sparse, a virtual wall just triggers instincts that make you stop, almost the same way if an actual brick wall suddenly popped out in front of you.

According to designer Lee Han Young, traffic accidents are a major cause of deaths in his native South Korea, with ones involving pedestrians growing in number every year.  I have no doubt this thing can help stop it.

Implementation, in case this actually becomes a reality, will probably involve some powerful, laser-like LEDs beaming the display from both sides of the street.  If the local mayor is a little miffed at traffic violators, you can also add an armalite and a sensor there somewhere.  When a car breaks the wall, automatically trigger the gun to riddle it with bullets.  Sounds like a riot.