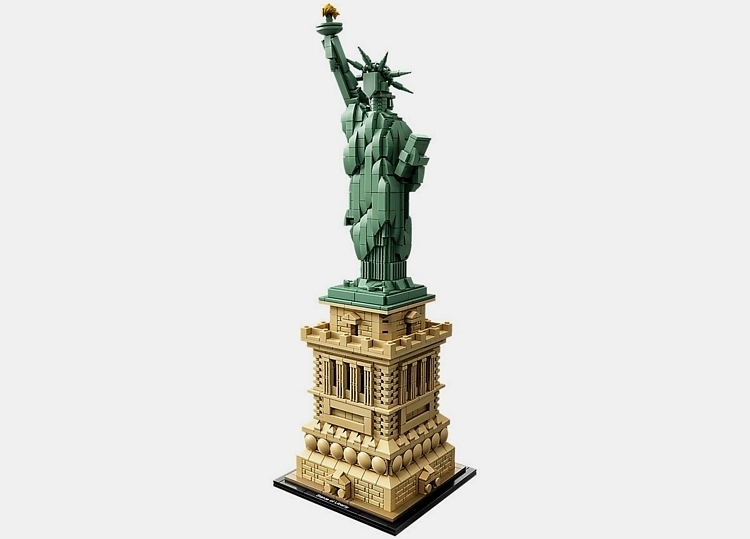 In the last few years, LEGO’s Architecture line has been slowly recreating the world’s most iconic buildings, allowing you to enjoy them in miniature brick form. Their latest, the LEGO Architecture Statue of Liberty, lets you reproduce the colossal sculpture overlooking New York Harbor.

That’s right, you can now add America’s iconic symbol of freedom to your New York skyline, adding another piece to your collection, whether you’re building a tabletop city or arranging a New York City display shelf. Granted, the blocky nature of LEGOs makes it difficult to reproduce the smooth lines of Lady Liberty, so you’ll need to employ some imagination in order to truly appreciate the model. 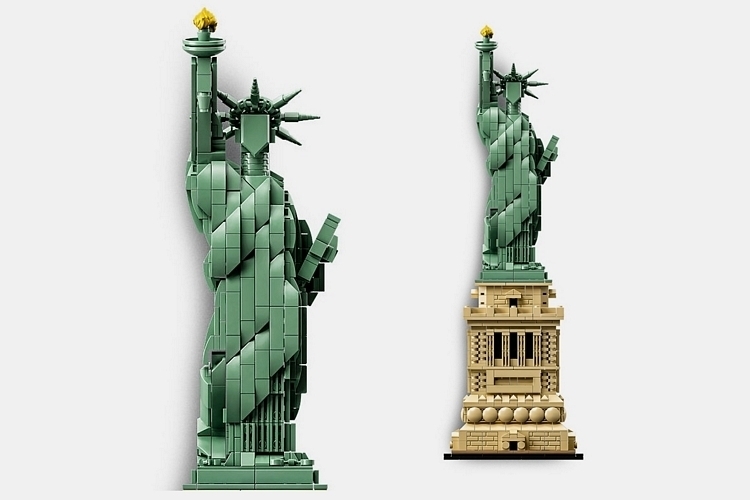 The LEGO Architecture Statue of Liberty recreates not just the actual statue, but the building it’s standing on, which, we guess, was necessary to make it fit with the theme of the Architecture line. Both the sculpture and the pedestal are intricately detailed, of course, ensuring architecture fans can recognize the effort, whether you’re inspecting it closely during the process of snapping bricks together or admiring it from a display shelf at a short distance. Suffice to say, if you want to make your own miniature Liberty Island for staging your superhero action figure battles (because, you know, there are few places more fun to stage superhero battles), this would make for a perfect showcase structure.

As for the details, the Lady Liberty statue sports the flowing robe (as well as you can recreate a flowing robe with bricks anyway) and the seven-ray crown, while holding a tablet on the left hand and the golden torch on the right, so it can overlook your whatever patch of the house you decide to set it down upon. The building structure on the base, on the other hand, shows off a shield-lined pedestal, brick detailing, and columned balconies just like the real thing. 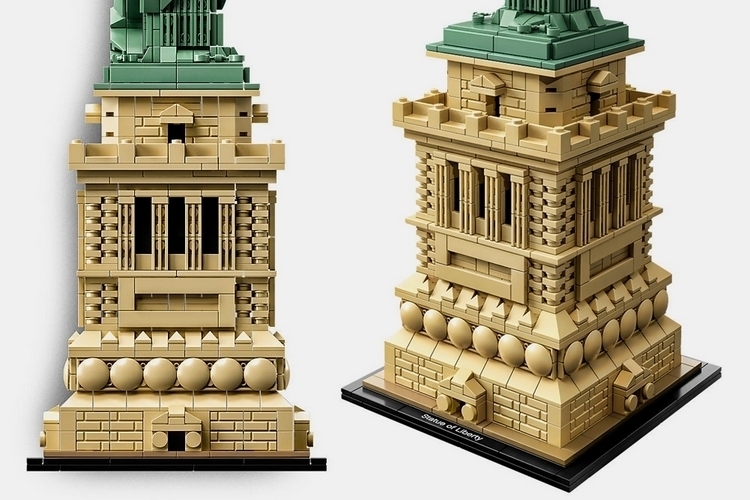 The LEGO Architecture Statue of Liberty stands 17 inches tall, starting at the base of the pedestal to the tip of the golden torch on Lady Liberty’s raised arm, while measuring five inches in both width and depth. That makes it big enough to make for a substantial display item, all while being small enough to not take up too much space on your toy shelf. The statue is finished in a sand-green color, by the way, while the building is cast in a neutral beige color, so we guess it looks like the structure in Liberty Island after a fresh paint job. 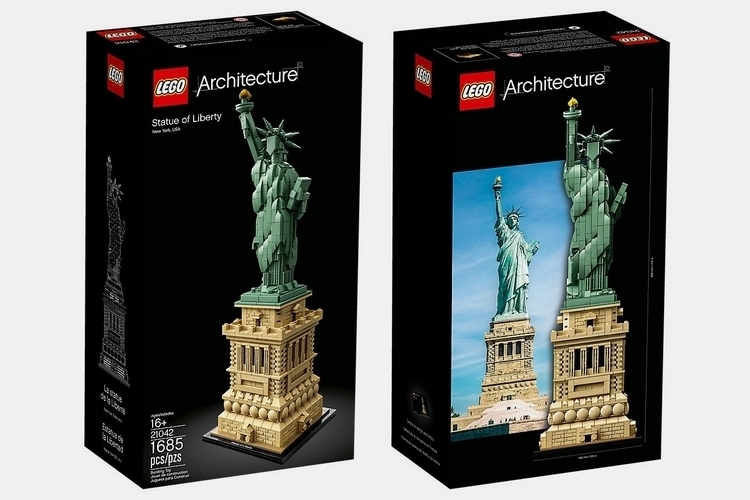 A total of 1,685 pieces are included in the set, so this should make for a somewhat satisfying build. From the looks of it, you can also detach the statue if you want to use the building on its own, which would definitely look at home in any tabletop town from the 19th century.

The LEGO Architecture Statue of Liberty is available now, exclusively at various stores in New York City, with a nationwide release starting on June 1st. Price is $119.99.