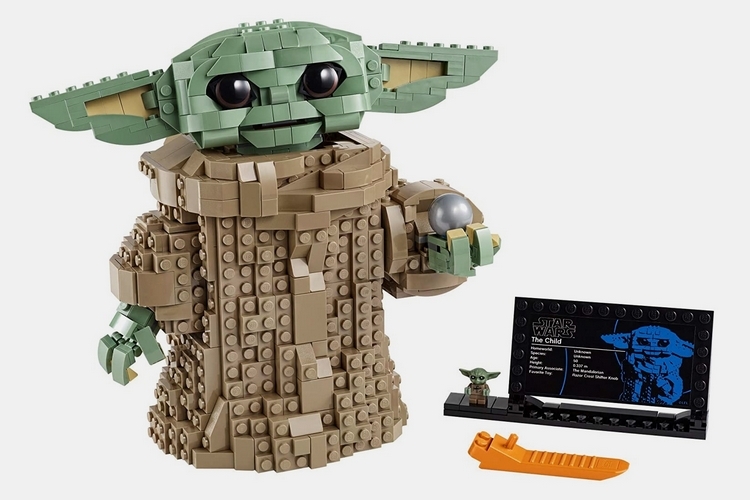 Chances are, you’ve had your fill of Baby Yoda toys by now. There’s all sorts of them you can grab off the shelf these days, after all. With the second season of The Mandalorian premiering at the end of October, it’s fair to expect there’s also going to be a whole lot more. If you’re a LEGO fan, what could be better than cobbling together a Baby Yoda figure while you continue enjoying the adventures of Djarin and the little alien ball of Jedi powers? You can do just that with the LEGO Star Wars: The Child.

A buildable LEGO model of arguably the cutest Star Wars baby yet, the toy depicts the green alien infant in the brand’s characteristic angular and stud-covered aesthetics. We know, LEGO bricks don’t make for the smoothest character models (which is why they work best for buildings, vehicles, and robots), but this model does look nice enough for adorning the display shelf of any Star Wars fan. 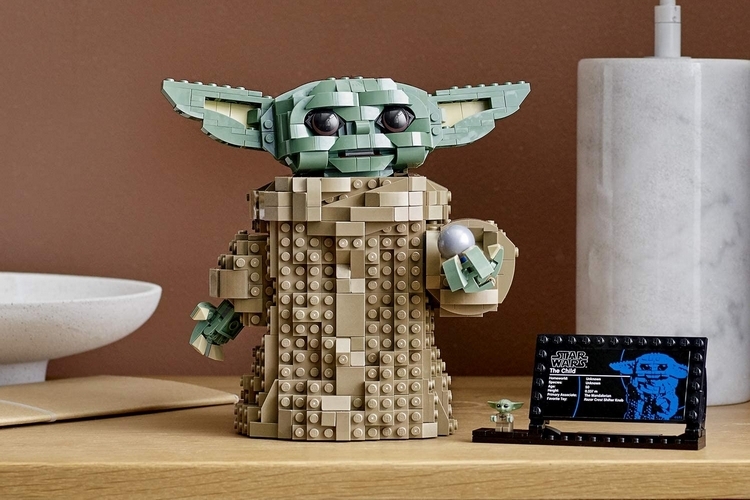 The LEGO Star Wars: The Child recreates the adorable character as faithfully as you can do with a pile of LEGO bricks, from its large eyes and wide ears to its tiny hands and flowing robe. We know, a stack of bricks isn’t the best way to depict a robe that’s draped over a child we imagine will become a future Jedi master, but, as we said, they do a good enough job with the limits imposed by the use of construction bricks. It stands at a fixed pose, with the right hand set down and the left hand turned up, allowing you to place various toys and accessories on the latter. And yes, it includes a ball (actually, a gearshift knob) that The Child can control with The Force just like in the first season of the show. 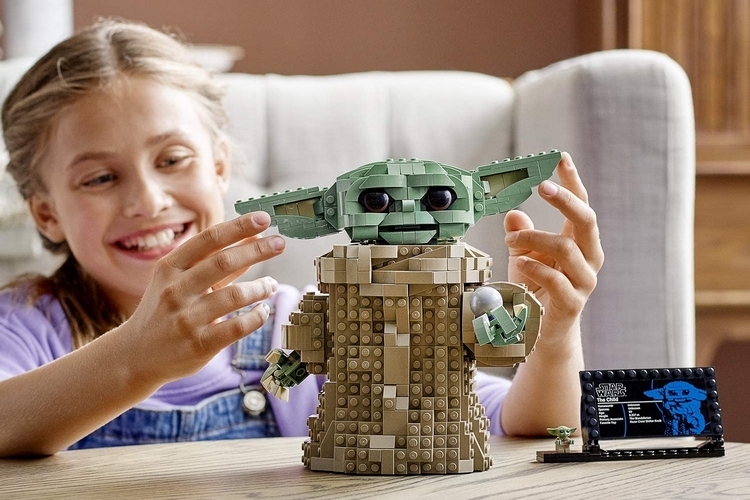 There are, of course, a few posable parts. The head, for instance, can be turned in different directions, so you can have it looking all over, while the ears and mouth can be adjusted at different angles. Basically, you can pose at a limited variety of expressions, which isn’t too bad for a toy that’s meant primarily for shelf display. 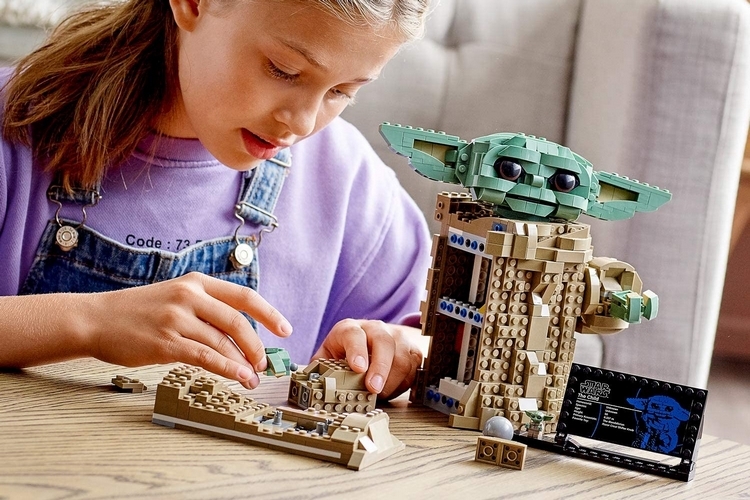 The LEGO Star Wars: The Child measures 7.5 x 8.5 x 5 inches (height x width x depth), so it’s big enough to make its presence known whether you display it on its own or right next to a bunch of toys on a shelf. It comes with a total of 1,073 pieces, including an information sign and a minifigure of the Baby Yoda. That’s right, you get an actual minifig of the Child that you can use to cause all sorts of havoc in the rest of your Star Wars LEGO models. Maybe it can hang out with the motley mix of aliens in your Mos Eisley Cantina or line it up with your Disney minifigures to see if Mickey Mouse and friends can hold up to the unbearable cuteness of a powerful alien creature.