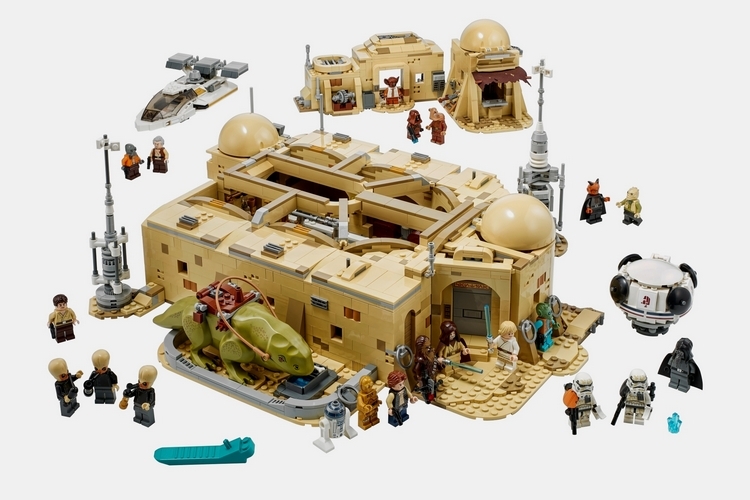 Early in the original Star Wars movie, Luke Skywalker and Obi-Wan Kenobi were shown traveling to a busy spaceport (you know, the kind where spaceships dock from all over), in hopes of finding a qualified pilot. Upon their arrival, they entered a dimly-lit tavern filled with creatures of varying species indulging in what we can only assume to be space-grade alcoholic swill. That ended up becoming one of the most memorable scenes from that 1977 film, firing up people’s imaginations with its motley mix of strange-looking space pilots, bounty hunters, smugglers, musicians, and various other misfits of all sorts, all hopped up on space booze and ready to throw down at the slightest provocation. Seriously, they could have probably shot an entire movie set in that spaceport cantina and it would have been a fun time. The LEGO Star Wars Mos Eisley Cantina lets you recreate that standout location.

That’s right, LEGO’s new set will let you build your own tabletop version of Chalmun’s Spaceport Cantina, where alien misfits of all breeds and inclinations can come, get drunk,  and brawl the night away in the sweltering desert heat. Whether you wish to recreate any of the iconic cantina moments from the movie, want to play out some plotlines you wish made it to the film, or just want to have an inter-species bar brawl scene in your LEGO collection, this thing should let you do all that and more. 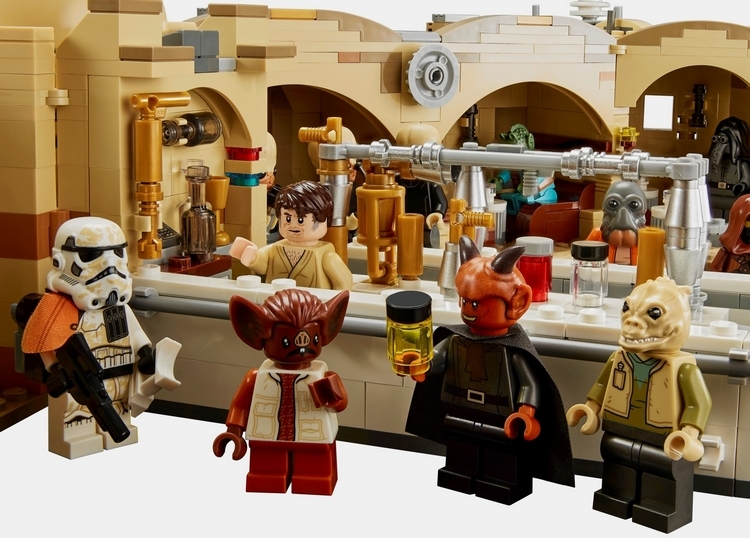 The LEGO Star Wars Mos Eisley Cantina lets you recreate the famed intergalactic watering hole in the desert sands of Tatooine, giving your ever-growing legion of LEGO ships a place to dock and give their passengers some much-needed recreation. And yes, by recreation, we mean drinking themselves into a stupor. Outside, it recreates the full exterior of the cantina in all its architectural glory, with its sandstone walls and domed roof sections, so it really looks like the location as you first see it in the movie. They don’t just recreate the bar or a couple of booths, by the way, they build out the whole thing, so you get to put together the entire watering hole and fill it with patrons accordingly. 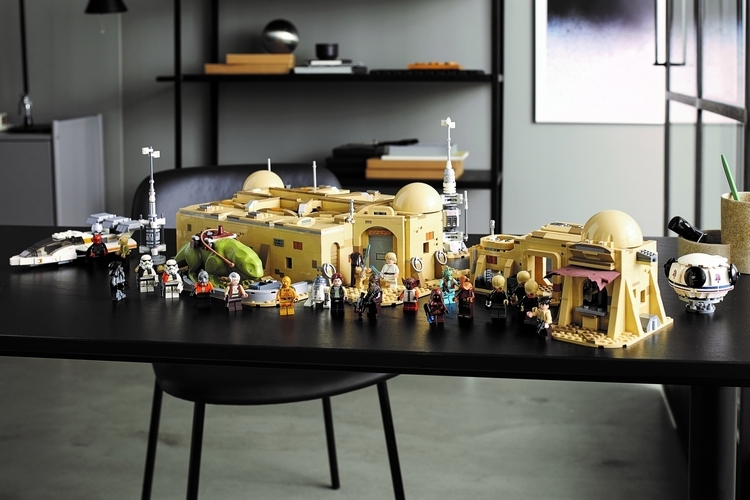 The roof is removable, giving you easy access to the interior of the tavern, allowing you to play out indoor scenes of aliens getting hammered and arguing about mundane things before someone throws a bottle and a brawl spills out onto the street outside. It comes with a detailed bar, with room for barkeeps and customers alike, along with multiple booths where customers can sit and argue the night away. 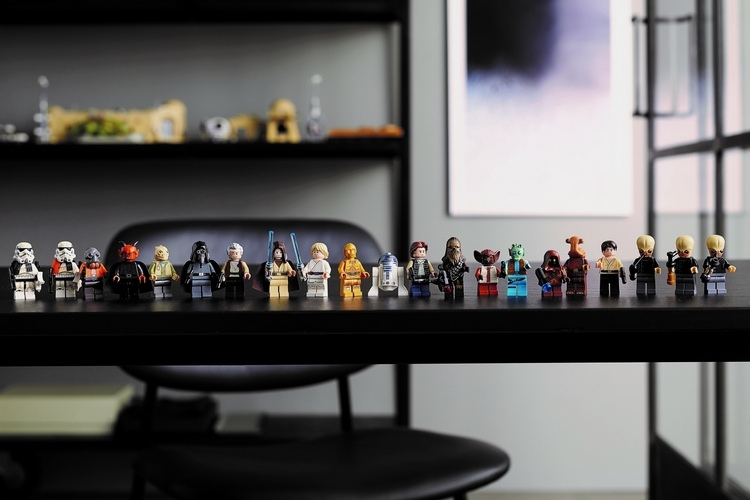 The LEGO Star Wars Mos Eisley Cantina is a large set, measuring 20 x 24 x 7 inches (width x depth x height). It comes with 3,187 pieces, so it’s going to be a challenging build. Naturally, you don’t just get the cantina in the set, as it also includes a Landspeeder V-35, a Dewback, and a whopping 21 minifigures that include Chewbacca, Obi-Wan, Ponda Baba, Garindan, and more. Not to mention, this is an intergalactic watering hole, so every single one of your Star Wars minifigs is welcome.