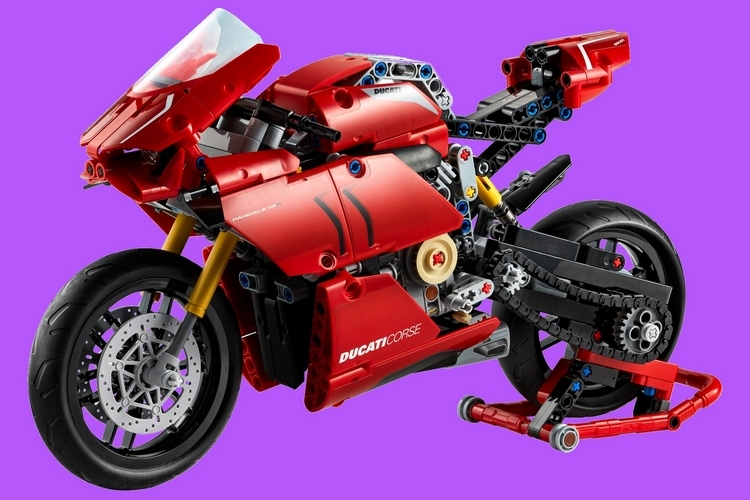 If you love cars and you love LEGOs, chances are, you own quite a few models from LEGO’s Technic line. They offer some of the most detailed and most intricate vehicles you can assemble using plastic bricks. So far, though, Ducati’s heavy, overpowered liter bikes have long been absent from the Technic fleet. With Harley joining the roost last year, we imagined it was only a matter of time before that changed. Apparently, that happens now with the LEGO Technic Ducati Panigale V4 R.

That’s right, you will soon be able to add Ducati’s V4-powered superbike to your LEGO collection, so you can send your action figures blasting across the highway at insane speeds, only to hit a tiny pebble on the road, which sends the bike off-balance, causing your figures to lose control and the bike to fly off into a devastating crash. We know, this thing won’t actually run at those crazy speeds, but you can definitely simulate a crash with bricks flying away, the bike splitting in half, and your action figure getting decapitated like a bike crash straight out of an action movie. 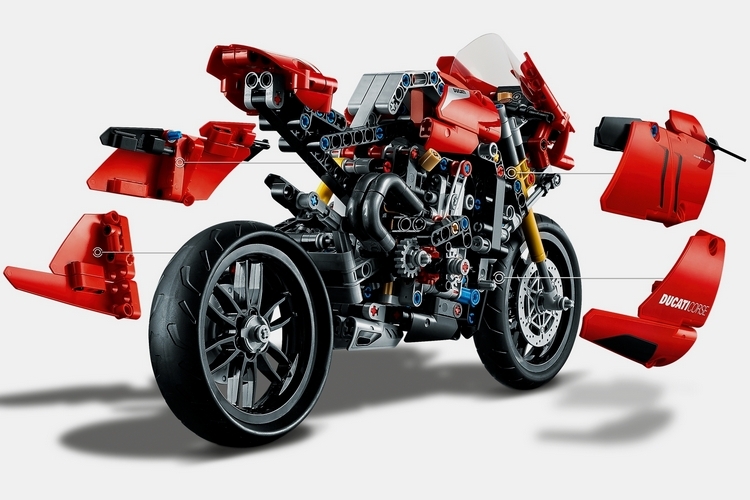 The LEGO Technic Ducati Panigale V4 R is the first motorcycle model in the outfit’s history to come with an actual two-speed gearbox, which you can use to activate the engine’s moving parts, making it feel like you’re really operating an actual sport bike. As with many Technic models, those aren’t the only moving parts, as it also has functional wheels, steering, front and rear suspension, and even disc brakes that you can activate on both wheels. It’s not battery-powered, so you’ll have to push this along if you want to see those mechanical parts moving, so you can just pretend it’s running in slo-mo while you move it along the tabletop as you make loud engine sounds. 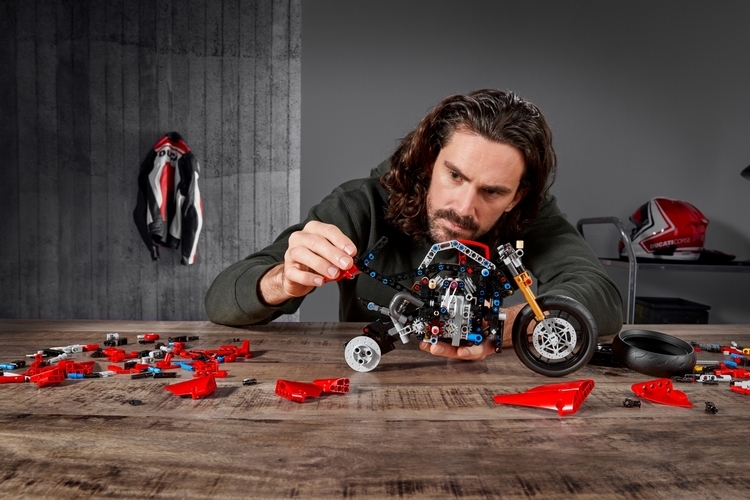 Apart from the moving drivetrain and suspensions parts, the toy is filled with detailed elements that provide a faithful recreation of the motorcycle model. From the shapely fairing and the large windshield to the frame and the large exhaust pipe, any Ducati fan will have a long list of things to fawn over in this build. Oh yeah, they decked the darn thing in traditional Ducati red, too, so there’s no mistaking it for anything other than the Italian marquee. It comes with 646 pieces. 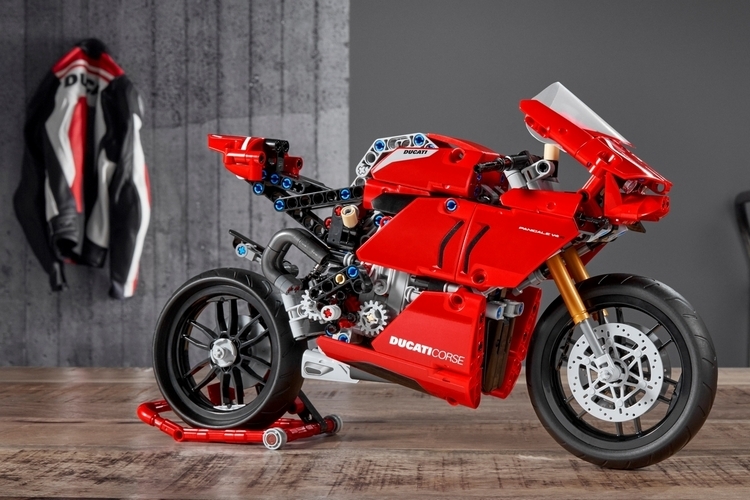 The LEGO Technic Ducati Panigale V4 measures 12 x 6 x 3 inches (length x height x width), which is roughly similar in size to the Harley Far Boy from last year, so you can race them, show them off side-by-side, or have them crash at each other on a head-on collision because stuff like that is a big part of what makes fast vehicles so exciting to witness doing what they do best. The bike, by the way, comes with a kickstand, ensuring it won’t easily fall over when you put it up for display among other toys in your shelf.

Slated to come out in August, the LEGO Technic Ducati Panigale V4 is priced at $69.99.