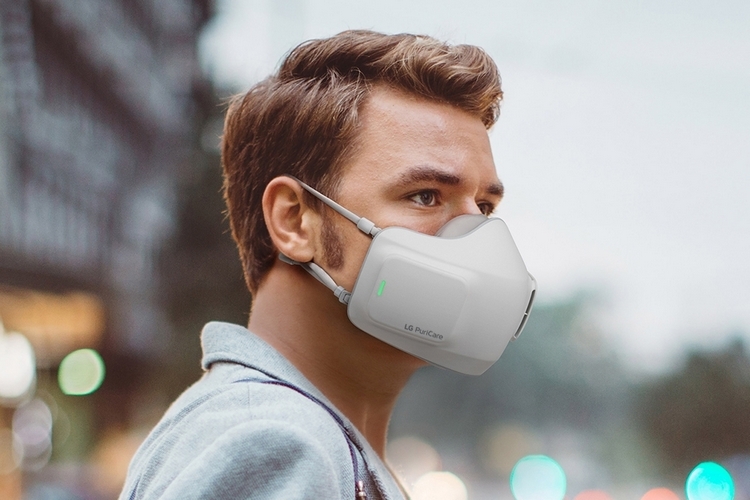 There’s no shortage of protective masks these days that you can use to cover your mouth and nose to help curb the spread of respiratory viruses. They run the gamut from cheap disposable masks and goofy novelty covers to medical-grade units and expensive ornate varieties from luxury brands. The LG Puricare Wearable Air Purifier looks to distinguish itself by adding a bit of tech to the mix.

It’s not uncommon for folks to have a hard time breathing with a mask on. As such, it’s one of the most frequently-cited reasons among people who take theirs off every chance they can get. LG’s mask offers to eliminate that issue by integrating fans that draw the exact amount of air you need, ensuring you can continue playing your part in communal safety without making you feel like you’re running out of air the entire time. 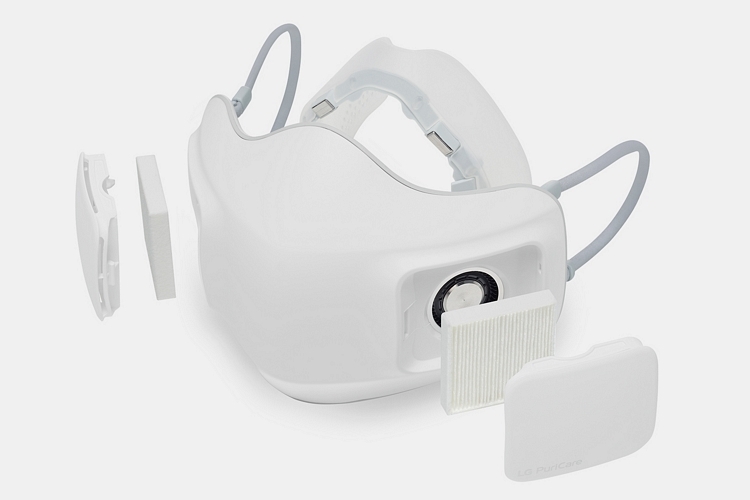 That’s right, the LG PuriCare Wearable Air Purifier has two integrated fans that can draw outside air inside the mask, allowing you to breathe normally, regardless of how it’s positioned on your face or whatever task you’re currently engaged in. To ensure the latter, it also comes with a “respiratory sensor” that detects how fast you’re breathing, which then triggers the fans to either speed up to draw more air in or slow down to reduce resistance every time you exhale. The fans, by the way, will switch into one of three speed settings automatically, so you never have to bother with making your own adjustments on the fly.

According to LG, the sensor-and-fans combo is designed to make breathing under the mask an “effortless” affair, so you can simply go about your business, instead of having to fuss about your face protection at various times throughout the day. An integrated 820mAh battery provides the necessary power for the fans and sensor, which holds enough charge to keep the mask’s fan system functional for a few hours between charges. How many is a few hours? It depends, since the battery will hold up to eight hours if the fan runs continuously on low and only two hours if it runs continuously on high, so you might have to charge this periodically if you’re going to be working throughout the course of a day. 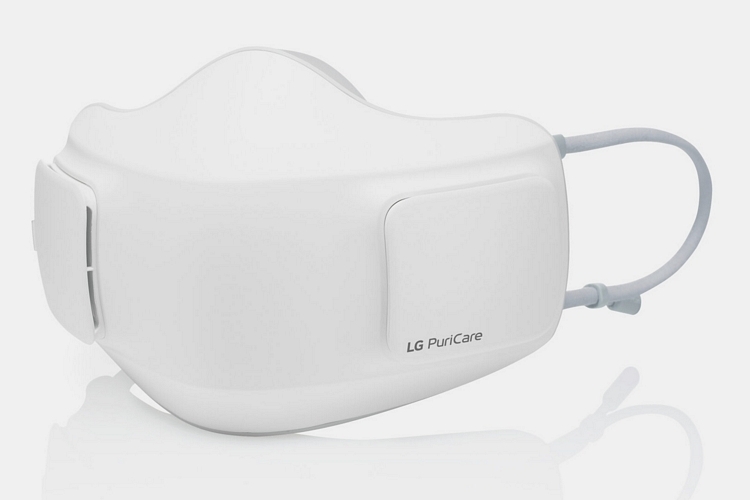 The LG PuriCare Wearable Air Purifier also cleans the air it draws into the confines of the mask via a pair of H13 HEPA filters, which is similar to the filters used in the outfit’s consumer-grade air purifying products. Yes, the filters are replaceable, so you don’t have to throw the entire mask away when they get clogged up after a while, with the companion app alerting you any time replacements are necessary. It has an ergonomically-designed shape that, the outfit claims, minimizes air leakage around the nose and chin, so it’s probably as contained as a mask can get, unless you go in for a custom fitting. 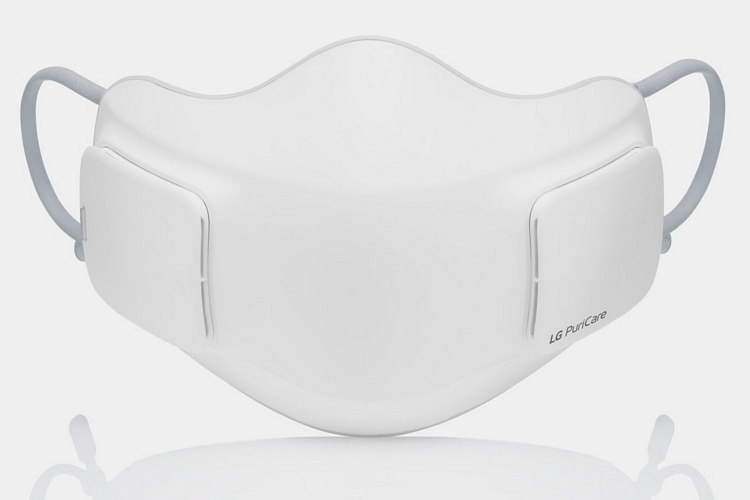 Each mask comes with a case that’s equipped with UV-LED lights, allowing it to sanitize the mask every time you put it away. And yes, you can charge the mask inside the case, so the darn thing will be functional as soon as you need it again.

No word on exact release date or pricing has been announced for the LG PuriCare Wearable Air Purifier.