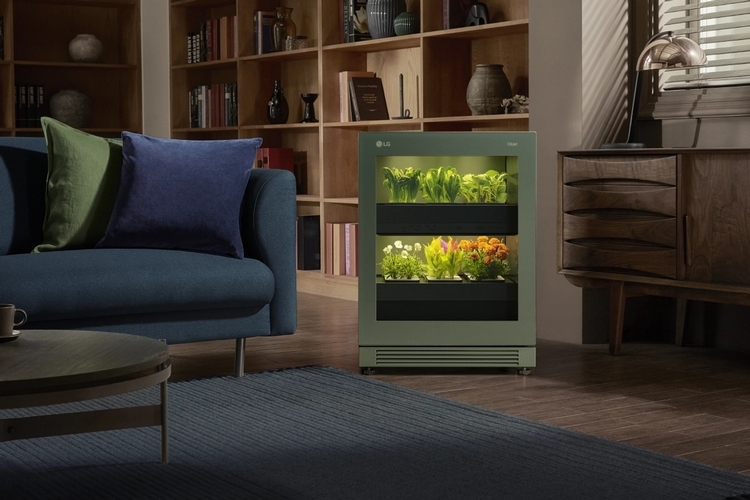 We’ve seen many types of smart indoor gardening systems over the years, allowing users to grow small amounts of produce with minimal maintenance. The LG Tiiun does the same thing, albeit packaging everything in a form factor that feels like a standard home appliance, making it even easier to integrate into most any home.

You know those little personal fridges that people use to stock drinks and snacks in the bedroom? It looks like one of those. Except… instead of having shelves for stocking bottles, cans, and foil-wrapped food items, it’s fitted with plant containers that you can use to grow herbs, vegetables, and other types of vegetation from any room in your abode. 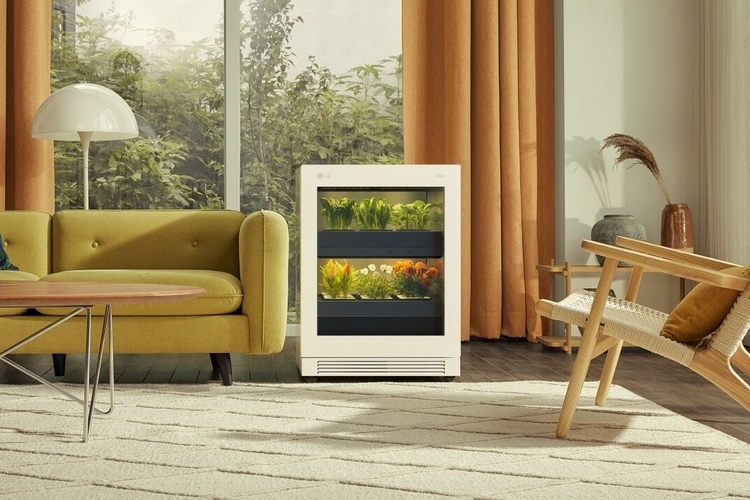 The LG Tiiun is an indoor gardening appliance that mostly automates the process of plant-growing, eliminating the tedious work traditionally required when turning a small patch of the backyard into a vegetable garden. To make it feel more like a regular appliance, they housed it inside an enclosure resembling a two-level mini-fridge similar to the Urban Cultivator from a while back, making it suitable for placement in kitchens, living rooms, and other areas of the house. If you’re building a new kitchen (or remodeling), you can probably even install it under the kitchen counter, making it very convenient for home use.

It comes with a transparent glass door that lets you easily check on your greens at all times, with two levels of shelves inside, each sized to hold six plant packages apiece. What’s a plant package? That’s what LG is calling their planters, which contain their soil replacement of choice and 10 built-in holes for planting whatever seeds you want to grow. At the moment, the outfit offers three different kinds of seed kits, with more likely to come as the product reaches a wider user base. 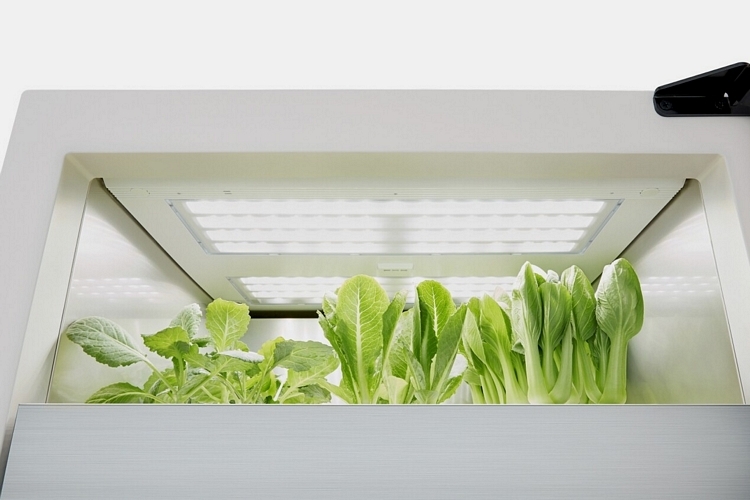 The LG Tiiun uses the outfit’s inverter compressor for its weather control system that precisely adjusts the internal temperature inside the housing to create an optimal condition to encourage plant growth, as well as an automatically-regulating light to mimic the natural daylight cycle, with the appliance’s internal structure amplifying the effect of the LED light source to speed up the growing process. According to the outfit, it waters the plants eight separate times every 24 hours, while also circulating a precisely-measured amount of moisture regularly. Basically, your plants will never dry out in this thing. Everything is enclosed in an airtight seal, by the way, just like the outfit’s fridges and freezers, allowing it to maintain consistent temperatures while keeping any bugs and insects out. 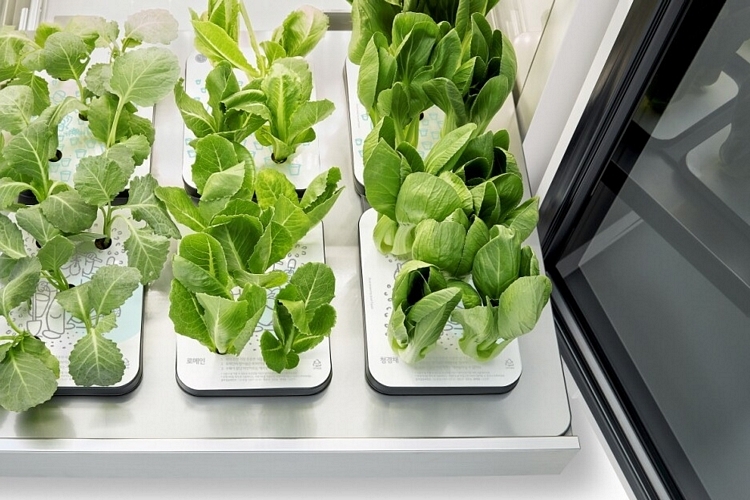 While you can check on the plant’s regularly by simply peering at the window, you can use the companion LG ThinQ app to monitor the appliance’s operation. You can also adjust various parameters on the app, as desired, in case you want to experiment with changing the water and lighting cycles. The app will also alert users shortly before the water runs out, so they can refill the built-in water tank, ensuring there’s no pause in the appliance’s operation.

The LG Tiiun is already available in South Korea for roughly $1,250, with international rollout slated for 2022. It will make its international debut at CES 2022.