Like many folks who own a Switch, we’ve spent an ungodly amount of hours racing through the colorful courses of Mario Kart, bantering with friends both near and far while we make our way to the finish. The Mattel Hot Wheels Mario Kart Track Sets let you bring the game’s exciting circuits to life, allowing you to race your favorite Nintendo characters without having to turn on a TV for once.

Remember when Hot Wheels let you play Rocket League in real life? Now, they’ll let you play Mario Kart in real life, too, allowing you to race Mario, Luigi, and a whole host of Nintendo characters the same way you’ve been racing your collection of 1:64 die-cast cars at the local hobby shop. That is, in winding and complex tracks that test the mettle of your customized vehicle models against other players. Except, you know, these ones are more adorable because you’re doing it in the same colorful tracks you’ve been playing on in Nintendo’s popular kart racing series. 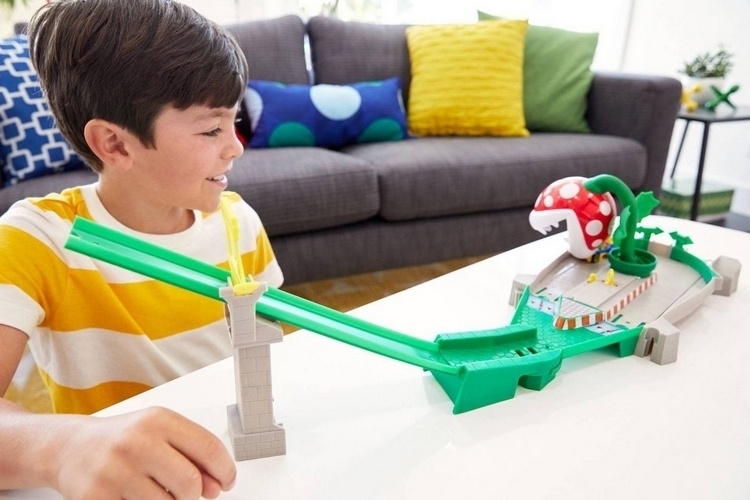 Mattel is actually releasing three different Mario Kart Track Sets. The biggest one , called the Hot Wheels Mario Kart Circuit Trackset (28 x 15 x 4 inches, depth x height x width), spans two sets of parallel ovals that feature level changes, twisting sections, and even inverted loops, allowing you to let your die-cast cars loose in a varied and exciting circuit. It comes with two die-cast vehicles, one with Mario and one with Yoshi, so you can race with a pal as soon as you unbox and assemble the kit, along with lap-counting flags, boosters, and even green shell obstacles to better recreate all the detailed elements found in the game.  To start racing, just load the cars onto the launchers and hit the booster to send them blasting forward. It comes with 35 pieces and requires four D batteries to run. 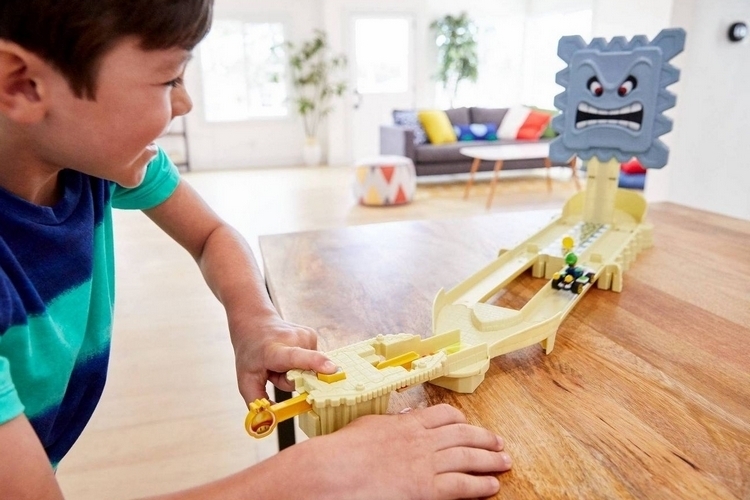 All three Mattel Hot Wheels Mario Kart Track Sets can be connected together, allowing you to assemble them as one large race circuit for your die-case models. Aside from the four die-cast cars in the set, they will also be releasing vehicles with Princess Peach, Koopa Troopa, Toad, Bowser, and more, each of which will be available separately, as well as potentially more circuits down the line, so you can expand your race track even further. 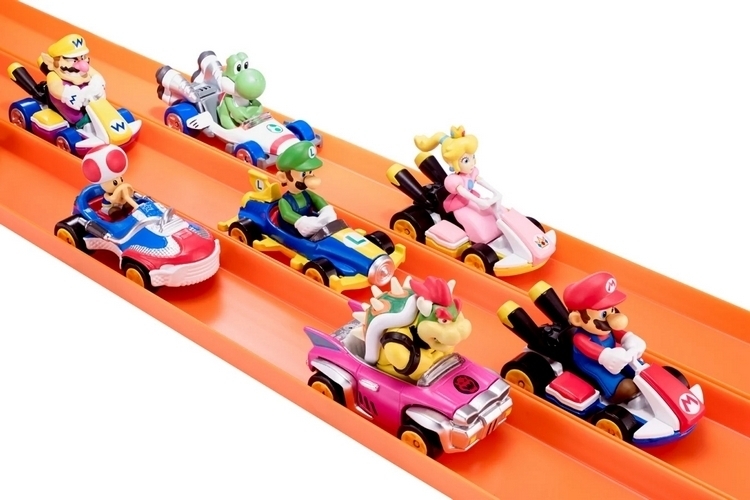 The Mattel Hot Wheels Mario Kart Track Sets are available now, priced at $79.99 for the main circuit and $19.99 each for the two smaller tracks. The die-cast cars will be available individually for $4.99 each.