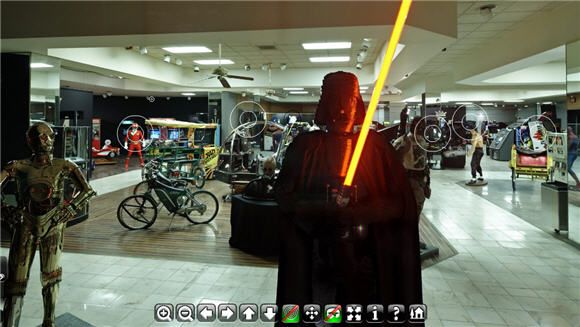 Ever wondered how massive Michael Jackson’s personal arcade collection looked like?  You can stop wondering now.  The entire assemblage has been photographed and posted online in a fully-explorable 360-degree panorama for your viewing pleasure.

Set to be auctioned off earlier this year, the impressive collection is shown as it was arranged at a warehouse in Beverly Hills.  Yep, that’s not Neverland there, so try to look past the dilapidated ceilings and shoddy walls, pinning your attention instead on the massive accumulation of some of the most memorable game boxes that passed for youthful fancy before consoles took over the gaming market. 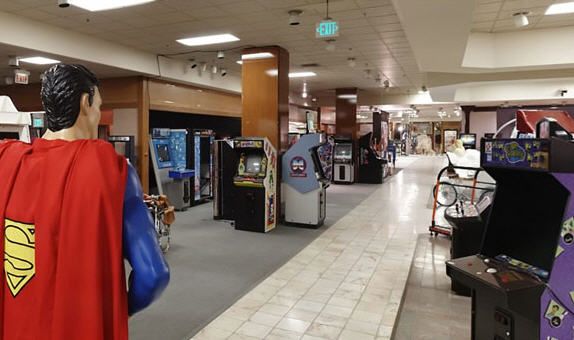 The thing is really a thing to behold.  If this was 1997 and you assembled all those arcade boxes in one place, along with all the accessory displays (Lego Darth Vader, Superman statue and a host of other insane toys), you could be looking at a 12 year old boy’s wildest fantasy come to life (minus the requisite bikini-clad women, of course).

He’s got all the good stuff, including a Sega R360 jet fighter cabinet, the Jurassic Park light gun game and a Guitar Freaks.  If something this daunting doesn’t bring you back to pre-adolescence, nothing will.  Do note that the site is pretty heavy on the Flash, so those with slower connections might want to let it load for a bit.  It’s worth it, though.