Mini Folding Helicopter Fits Into Its Controller For Ultra-Portability 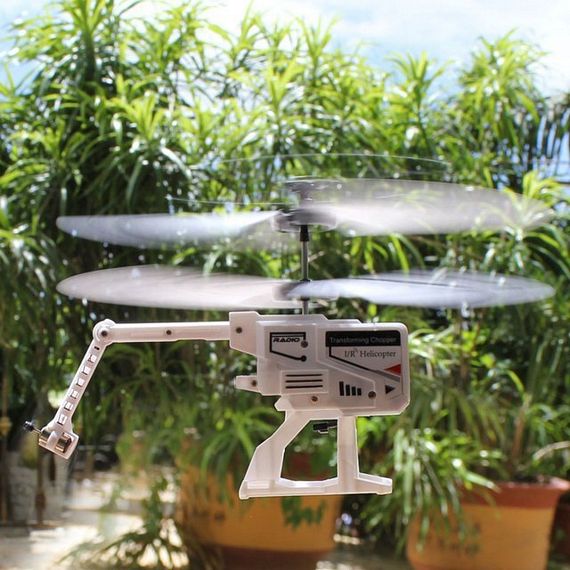 RC helicopters are a whole lot of fun.  Problem is, they’re big and bulky and no one enjoys walking around with a large bag in tow.  While there’s plenty of options in small radio-controlled flyers, we’re guessing this Mini Folding IR RC Helicopter will trump them all in the portability department.

Made by Docooler, the RC helicopter isn’t just tiny, it folds into an even smaller bundle, too.  How small?  Small enough that it can actually fit into a slot on the included remote, so it’s the only thing you need to carry with you. 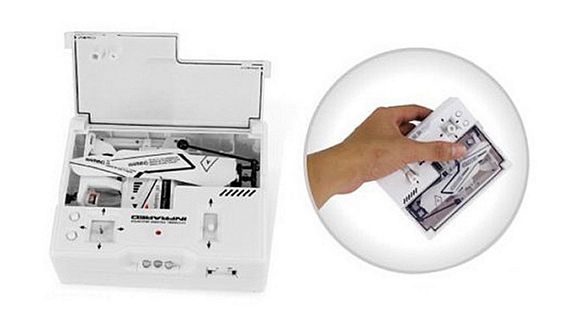 The Mini Folding IR RC Helicopter uses two main propellers and another at the tail to take its ABS plastic fuselage flying up the air.  Power is drawn from a 3.7-volt lithium battery that can send it airborne for up to 8 minutes on a full charge.   It weighs a light 1.2 oz, with a controlling distance of approximately 33 feet, which, we guess makes it more suitable for indoor flights than the wide open spaces of the local park.  The chopper comes with built-in gyro for stability, with the ability to maneuver up, down, left, right, forwards, backwards, and even 360-degree spins.

Controller requires four AA batteries, which you can also use to charge the integrated battery in the helicopter (40 minutes to a full charge).  Set comes with three extra rotors, just in case the chopper gets damaged during a crash.

Want one?  The Mini Folding IR RC Helicopter is available from Fancy, priced at $25.

Check It Out via Gizmodo