Forget Building Campfires, Just Bring The Travelfire Along To Your Camping Adventures 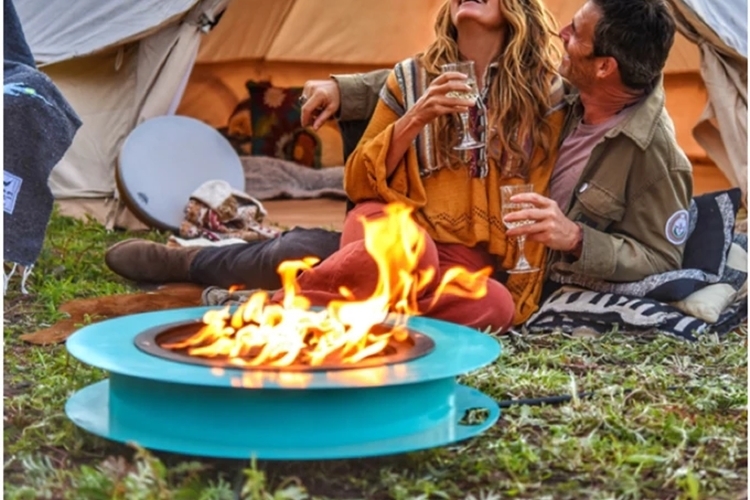 Building a fire is one of the joys of camping for plenty of folks. It’s something we don’t get really get to do at home, making it a nice change of pace. As much fun as it is, though, it’s not for everyone. Some people, however, would rather not deal with kindling, firewood, and all the work that goes into that. If you’re one of them, you might be interested in the Modfire Travelfire.

Billed as a portable fireplace, the contraption gives you a propane-fueled campfire that you can use in place of the usual pile of flaming firewood. Whether you’re trying to get warmed up on a cold evening, roasting marshmallows for a late night snack, or just gathering around for swapping stories by the fire, this thing gives you all the benefits of a campfire without having to go through any of the hassles. 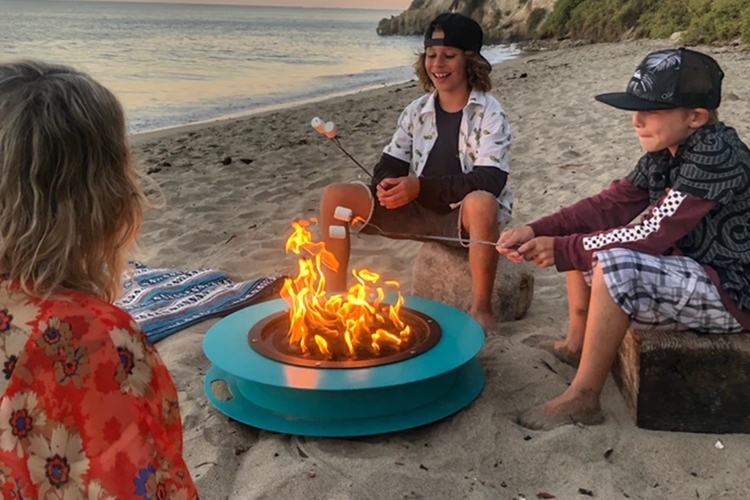 The Modfire Travelfire consists of a spool-shaped fire pit with foldable legs, so it can be set up slightly elevated from the ground, ensuring it leaves minimal footprint wherever you end up setting camp.  To set up, simply unfold the legs, hook it up to a propane can, turn the regulator knob to start releasing gas, and ignite it with one of those long lighters. Yes, you can use a regular lighter or match, but considering this is a pretty big fire pit, you could really risk burning your fingers.

It generates fire using burners similar to traditional gas stovetops, albeit in this case, it uses a large 12-inch dual-ring burner to deliver a satisfying size of flame. According to the outfit, it can put out 45,000 BTUs of heat, so this can keep things toasty on camp even on the chilliest nights. The catch, though, is it uses up plenty of fuel, as a standard 20-pound propane tank (the ones people use on gas grills) can only keep it burning for up to 10 hours max (8 hours, if you keep it at the highest setting). That means, you’re going to have to bring a big tank along with the fireplace, as using small canisters 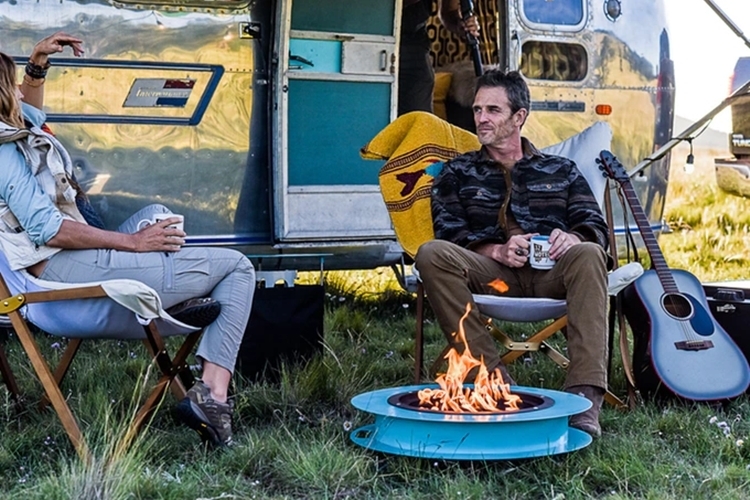 The Modfire Travelfire measures 26 x 4 inches (diameter x height) with the legs folded, which makes it compact enough to both easily store in the car and carry by hand to wherever you’re setting up (there’s a cutout on the edge where you can grip it). Construction is 14-gauge carbon steel with a high-temperature powder coating, so it’s as durable as they come, with the whole thing weighing a substantial 25 pounds. 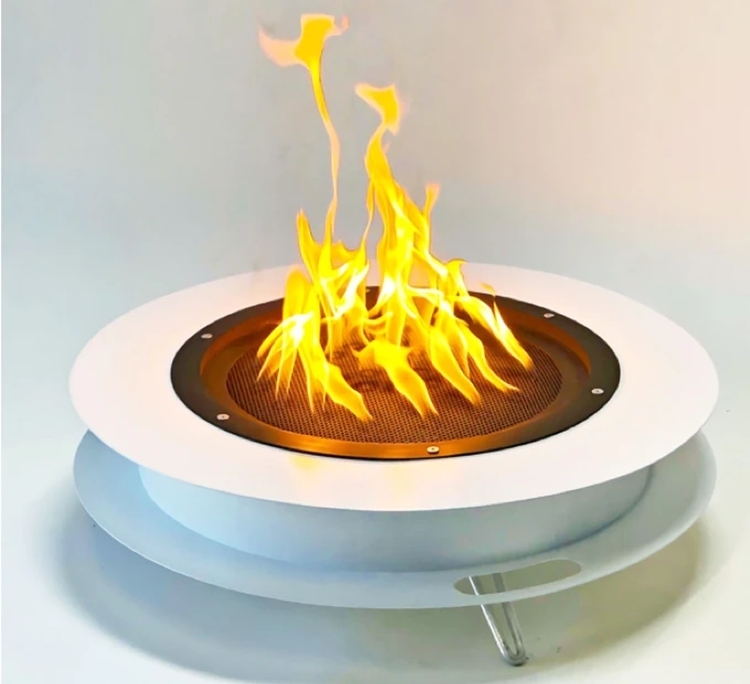 Each one comes with a nylon carrying case to keep the fireplace covered up the whole time, ensuring it doesn’t get nicked or scratched during transport. They’re also selling the Travel Table as an optional accessory, a collapsible table that you can set up over your propane tank to keep it away from plain sight.

A Kickstarter campaign is currently running for the Modfire Travelfire. You can reserve a unit for pledges starting at $249.