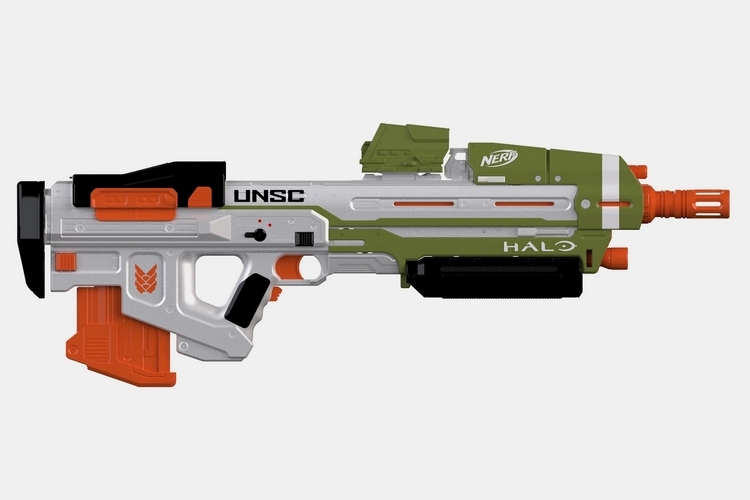 Yes, the release of Halo Infinite has been delayed. Worse, it’s being pushed to an unspecified time next year. That means, not only will you miss out on a new Master Chief experience during the holidays, there’s no assurance when you will be able to partake in the third chapter of the Reclaimer Saga. Yeah, it’s not the greatest time to be a Halo fan. If you need a way to satiate some of that Master Chief longing, maybe you can play around with the NERF Halo Infinite MA40 instead.

That’s right, NERF made a blaster replica of that badass assault weapon Master Chief always carried in his loadout, allowing you to feel like you’re playing the new Halo while you shoot targets in the living room, the bedroom, and the backyard. Slip on your Master Chief hoodie and gear up with a Master Chief helmet, then pick up this blaster to turn yourself into a veritable Spartan II supersoldier. Yes, you can bring along your Halo sniper rifle, too, if you want to really complete the look. 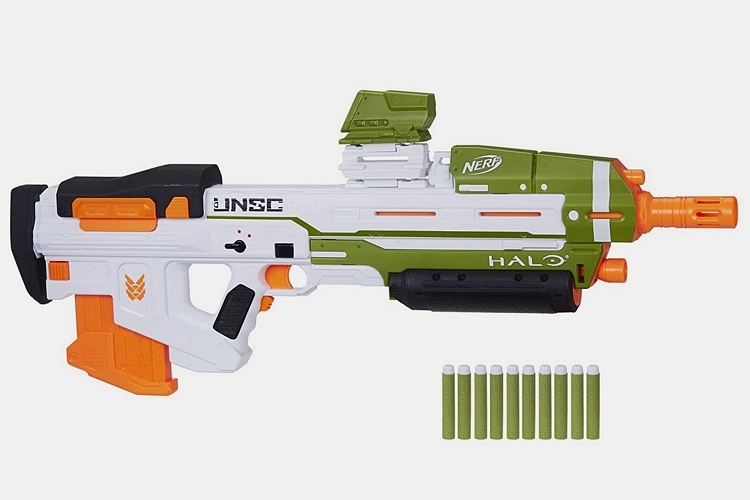 The NERF Halo Infinite MA40 captures the styling of the blaster as it’s expected to appear in the upcoming Halo Infinite video game, the sixth installment in Master Chief’s long-running saga. It’s a great-looking blaster that both Halo fans and regular NERF fans alike should be able to appreciate, with a satisfyingly big size that will require the use of both hands if you actually want to hit your targets. The shape, though, makes it quite easy to hold, while being lightweight enough that you can carry it for longer periods of messing around.

It’s a motorized blaster, by the way, so you’ll need to prime it by squeezing the acceleration button below the trigger before actually firing. Don’t worry, the motor engages in just around a second of priming, so you can immediately unload a foam dart shortly after that. Sadly, there’s no word on the product page about how far it can fire a foam dart. According to early reviews, though, the range seems to be around 30 feet maximum, which fails in comparison to some of the more powerful blasters out there. Still, if you want to have a Halo rifle in your NERF arsenal, this is probably as good as you can get. 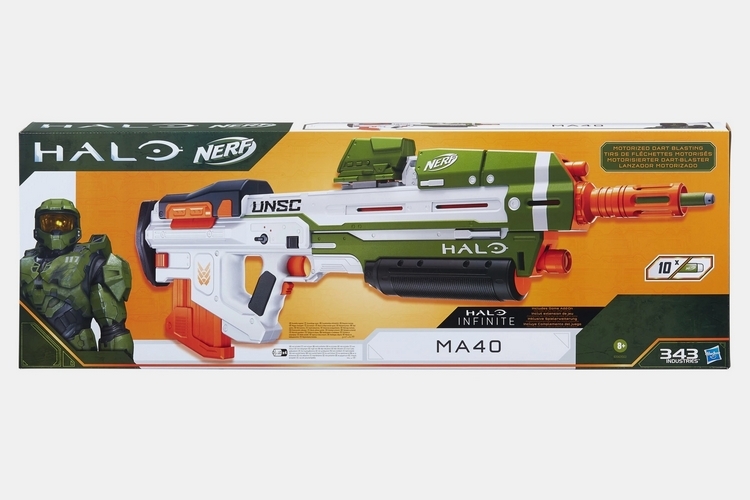 The NERF Halo Infinite MA40 comes with a 10-dart clip, so you’ll have to reload if you’re engaged in some kind of sustained firefight. Fortunately, it uses standard magazines, so if you have ones that can take larger amounts of darts, there’s a good chance it will be compatible with this blaster. It has an integrated tactical rail, along with a rail riser that you can attach it, allowing you to mount any blaster accessories (such as scopes and sights) you have in your foam warfare arsenal.  The whole thing, by the way, requires four C batteries to power the motor and, based on reviews, it uses them heavily, so make sure you buy high-quality ones if you want to enjoy playing for longer periods. 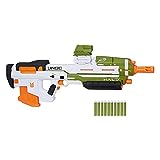