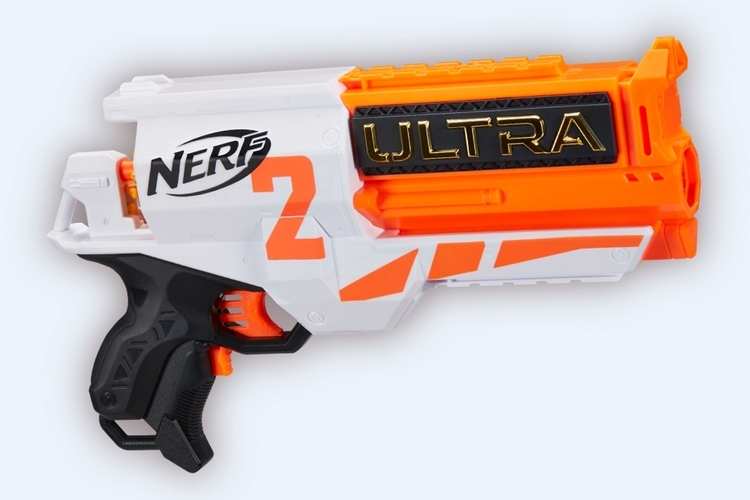 Nerf’s pistol-style blasters have always tended to be underpowered affairs, shooting foam darts with a little less power than some of their larger blasters. That won’t be the case with the Nerf Ultra Two, an oversized revolver blaster that shoots foam projectiles to distances of up to 120 feet.

That’s right, this erstwhile compact blaster can send foam darts further than the Elite line’s 70-foot and the Elite XD line’s 90-foot range, allowing you to shoot targets at much further distances. Whether you’re a casual Nerf fan, an avid collector, or just some dude who likes to engage in blaster wars with the best tools at your disposal, this thing definitely makes a capable addition to your foam fighting arsenal. 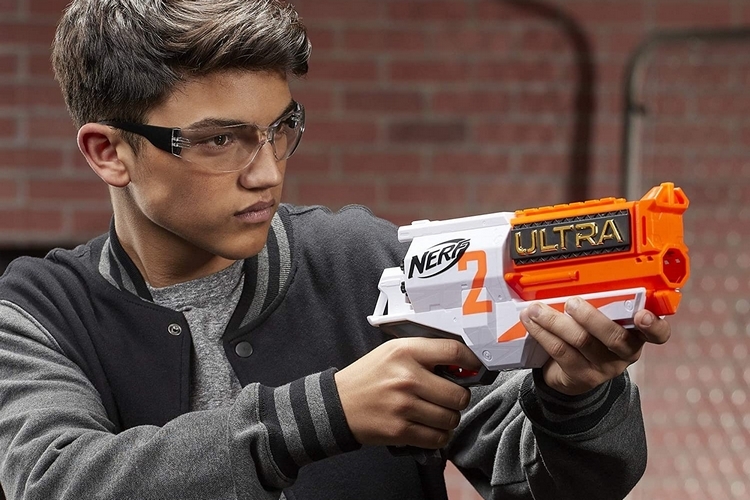 The Nerf Ultra Two is a motorized blaster housing a flywheel mechanism, which gives it the needed power to send projectiles soaring to 120 feet. That’s the claimed maximum range, by the way, so don’t expect it to go that far each time out. We imagine, that’s the range you will get once you’ve got the motors primed (press the acceleration button to get it running) for a few seconds before firing with no wind to alter the dart’s travel path. And yes, these projectiles will hurt – much more than your typical Nerf, but probably not as pronounced as those from the Rival line. Those motors, by the way, are the reason why this thing is so darn big, aside from the fact that it also holds six darts a time in a revolving cylinder.

According to Nerf, it’s not just the motorized design that lets this shoot at extended distances. Instead, that’s largely courtesy of the outfit’s new Ultra dart, which combines a lightweight design with an aerodynamic tip and Aerofin technology (we don’t know what that means either). So yeah, you won’t be able to use those buckets of darts you already have at home, as this requires the proprietary new projectile. 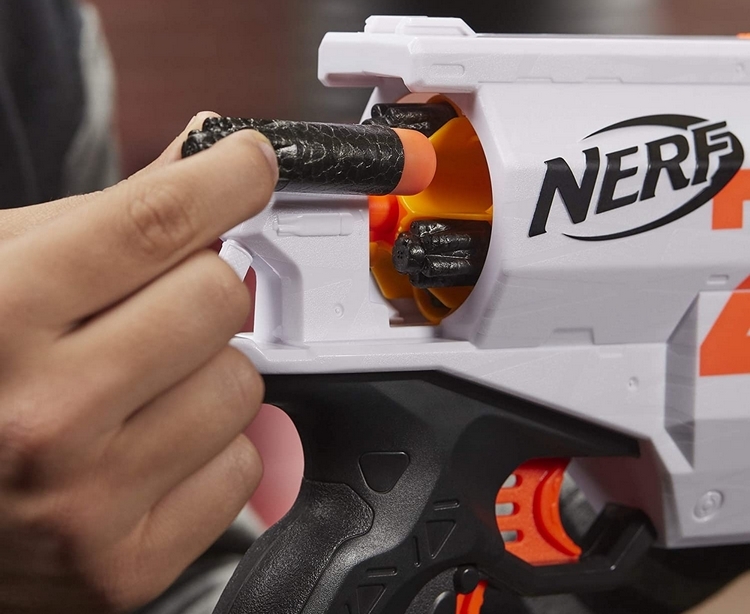 The Nerf Ultra Two’s revolving cylinder is loaded from the rear, which is permanently open, allowing you to load new darts on the fly, with no need to take off any lids or covers that can add precious time during the heat of battle. Being motorized, it requires batteries to run, so you’ll have to keep a supply of AAs on hand (it uses six at a time). Between the size of the gun and the motor’s power, it’s also louder than your typical Nerf blaster (like really loud), so this isn’t the type of blaster for those who like to wage their wars in relative quiet. 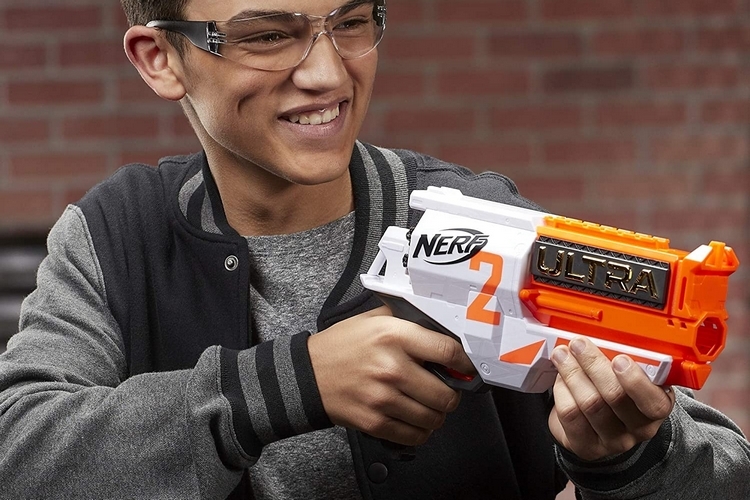 The real downside, though, is the fact that the darts aren’t just proprietary, they have some kind of DRM, too, which  means Nerf is looking to make it harder for third-party vendors to copy the projectile design. We’re not sure whether they can actually stop knockoff manufacturers from copying this, but they’re definitely going to try. With that said, we don’t think this will be able to stop knockoffs, either. 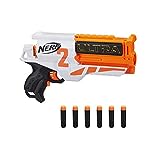