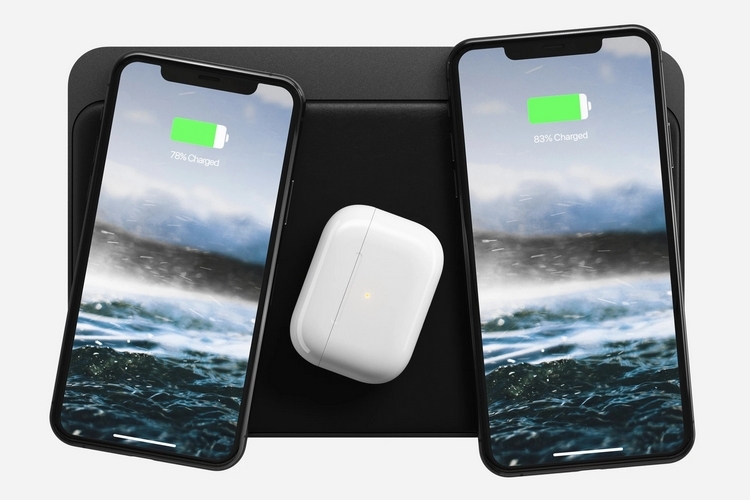 Wireless chargers are great, letting you juice up your devices without having to fiddle with wires and connectors. Problem is, it’s very easy to misalign the charging elements of your smartphone and charger, which is why you will occasionally pick up your phone, only to find that it hasn’t actually been charging all this time. It’s annoying. The Nomad Base Station Pro seeks to change that.

Using Aira’s Freepower technology, the charger allows you to power up your devices without lining everything up meticulously, so you can plop down your smartphone on the charging surface without having to double-check each time out, similar to what Spansive did with their own multi-device wireless charger. No more waking up to see your phone battery dead because you failed to place it correctly on the charger – this thing ensures your devices get charged as long as they sit on the charging surface. 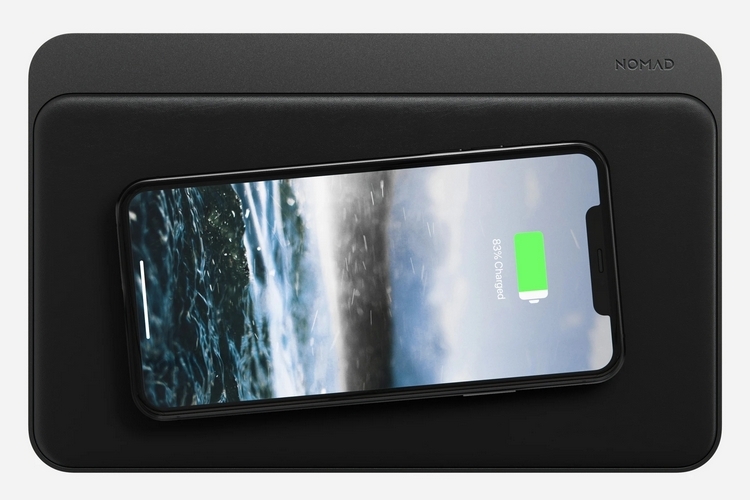 The Nomad Base Station Pro is larger than your typical wireless charger, measuring 8 x 5 inches (width x depth). Don’t worry, all that footprint isn’t going to waste, as this charger can feed power wirelessly to three devices all at once. That’s right, as long as you can fit them on the charging surface (the center sections of the devices need to be on the surface), they will juice up. You and the girlfriend alternate using the wireless charger in the living room every evening? You can charge them both at the same time on this thing now. How about two phones and a true wireless earbuds case? Yep, that works, too. 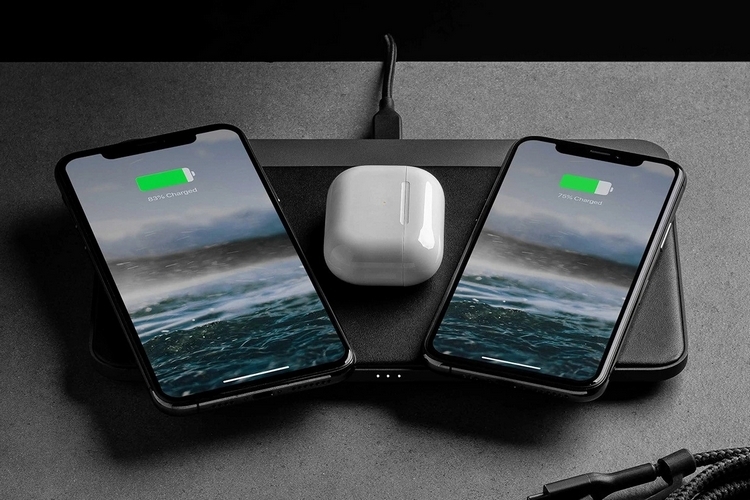 During launch, the device will only work with Qi-compatible iPhones, Samsung Galaxy S10, and Samsung Galaxy S20 smartphones, as well as AirPods and AirPods Pro cases. With a later software update, though, it will provide support for Google devices (both smartphones and Pixel earbuds) and other Qi-enabled devices out there. Sadly, it won’t charge the Apple Watch as it’s not compatible with Qi’s wireless charging platform, although the outfit claims they plan to include a solution for charging it sometime next year. So yeah, while we would have preferred it worked with all Qi-enabled devices right off the bat, we do appreciate there’s something out there that can make wireless charging even more convenient. 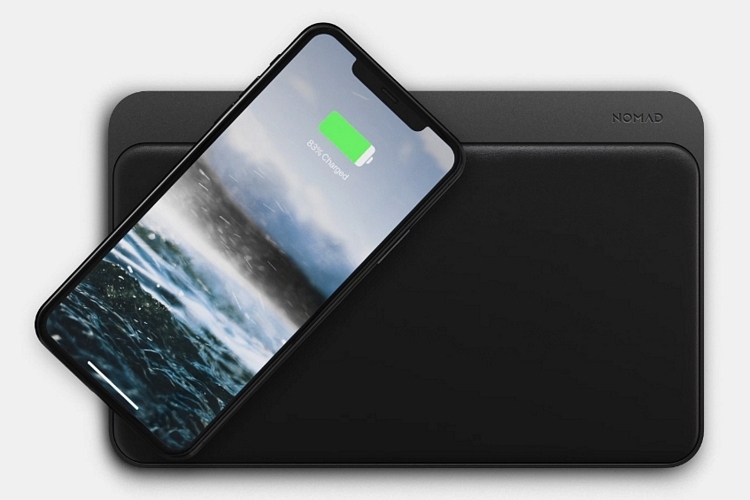 The Nomad Base Station Pro is able to charge devices without requiring meticulous positioning by integrating a matrix of 18 charging coils right under the surface. Those coils cover, pretty much, the entirety of the charging surface, ensuring the charging element on your phone (or other devices) will line up with one of the coils no matter how you place it. The catch? It’s not quite as fast-charging as other chargers out there, feeding a maximum of 7.5W to iPhones, 5W to Android devices, and 2W for wireless earbud cases. Still, it does streamline the amount of chargers you need to keep around. Construction, by the way, is machined aluminum for the frame, a black padded leather on the charging surface, and grippy rubber for the feet, so it stays in place.