Now You Can Prove It’s Not Your Fault 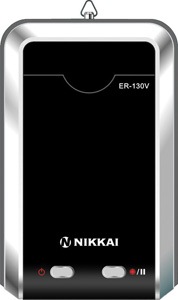 You’re driving down the road on your normal trip to work in the morning. The radio plays the same boring brand of top twenty hits on every channel. Your cell phone buzzes, but thanks to safety or compliance with many states cell phone laws, you don’t answer it. No, you’re paying careful attention to the road. But suddenly, someone pulls out in front of you. You can see they did it without even bothering to check if a car was in their path. It happens in slow motion, your analysis of the situation and your realization that you’re going to crash.

Later, to resolve the situation with the police officer on the scene as well as to let your insurance company decide how to resolve the claim, you’ll need some kind of proof that the accident wasn’t your fault. Wouldn’t this be the perfect time to have your own, personal camera video-recording the whole thing? Instead you’re stuck proving to the insurance company with little to no evidence besides your word against the other driver’s.

But with the release of the Nikkai In-Car Journey Recorder, those worries are a thing of the past. This gadget uses a 1.3 CMOS image sensor to

record footage in case of an accident. The highest memory card it can hold is an SD 2GB, but that is good for up to 18 hours of footage, more than enough when you consider that you probably won’t be driving for all 18 hours, and the gadget is programmable to record at 2-3 second or 3 minute intervals. You power the device with two AAA batteries, or by a standard DC 12V charger.

The Nikkai In-Car Journey Recorder is available at the Maplin site for about £39.99. That’s roughly $57 USD, more than worth the cost compared to the loss of failed insurance claims.