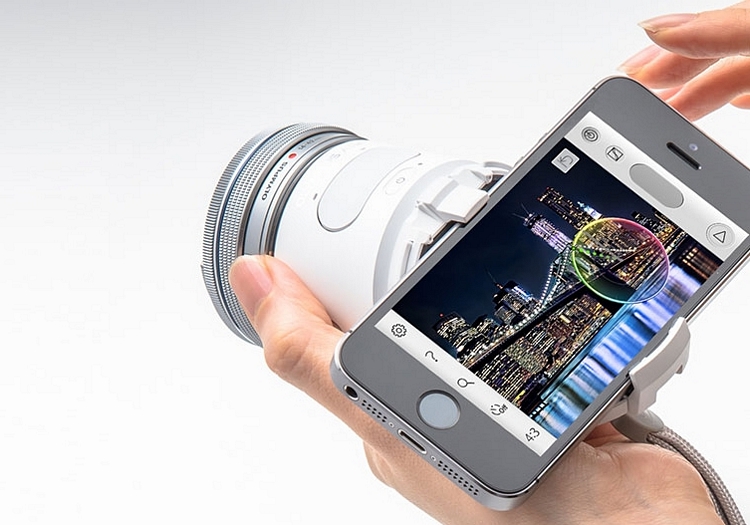 Remember that new category Sony pioneered with their QX line of smartphone cameras? Well, everybody else is getting in on that game now. One interesting entry is the Olympus Air A01, a mirrorless, interchangeable-lens camera that you can control from a smartphone.

Like similar products, the camera can be clipped onto the edge of a phone, aimed using your hand (so you can focus it at unusual angles while keeping your eye on the scene), or mounted on a tripod. It also pairs wirelessly with your phone (it has Bluetooth and Wi-Fi), using the handset’s display as its viewfinder and controller. 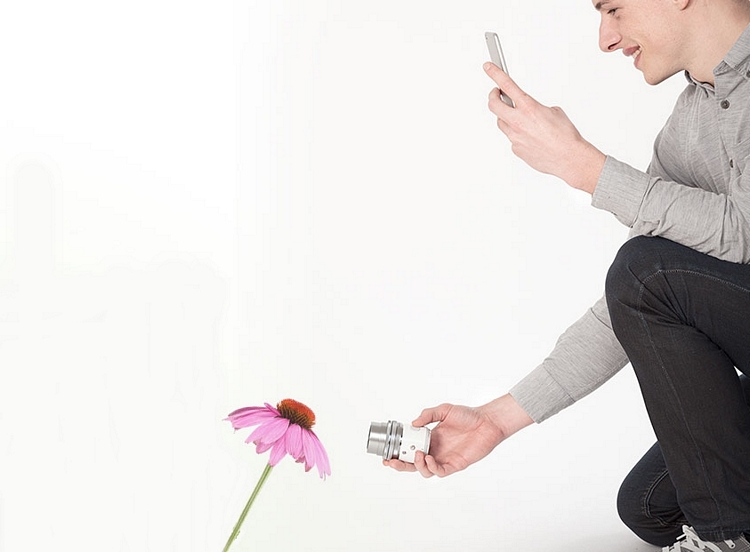 The Olympus Air A01 crams a 16-megapixel sensor and a TruePic VII image-processing chip inside the cylinder-shaped enclosure, allowing you to capture RAW images, 1080p video, and burst shots at a rate of 10 fps. A micro-four thirds mount lets you swap out a variety of lenses, allowing you to rig your gear with the exact glass you need to do the job. It comes with a built-in rechargeable battery that can take around 320 shots on a full charge, so you’ll probably want to keep a power bank nearby if you’re shooting videos or pictures for an extended amount of time. 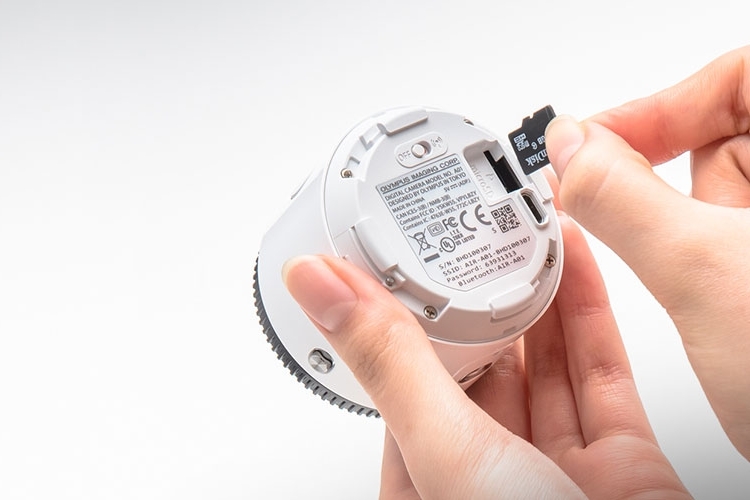 While it can use your phone’s memory for storage, there’s also an integrated SD card slot and Amazon Cloud Drive integration, so you can keep all recordings you take in a separate place. It’s available for Android, iOS, and even the Apple Watch, with an open platform, an SDK, and a 3D data kit for folks who’d like to 3D-print potential accessories for the device.