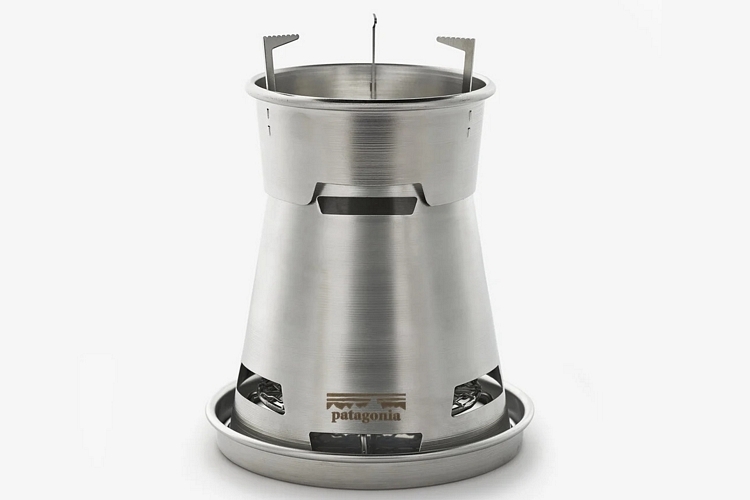 It’s hardly the first survival stove in the market, with plenty of highly-packable wood-burning stoves having come before it. Those things are a longstanding mainstay for backpackers and bushcrafters, after all. If you’re a fan of Patagonia’s technical apparel and bags, though, you may want to check out their own take on the barebones camp cooker, which comes in the form of the Patagonia Wood Burning Stove.

A part of the outfit’s all-new Untethered Kit, it’s a minimalist stove that packs small enough to squeeze into your pack without adding much noticeable weight (it’s just 9.2 ounces) or taking up too much space. Why is Patagonia suddenly making stoves? We have no idea, but it could be a sign of the outfit’s further expansion into non-apparel outdoor gear. 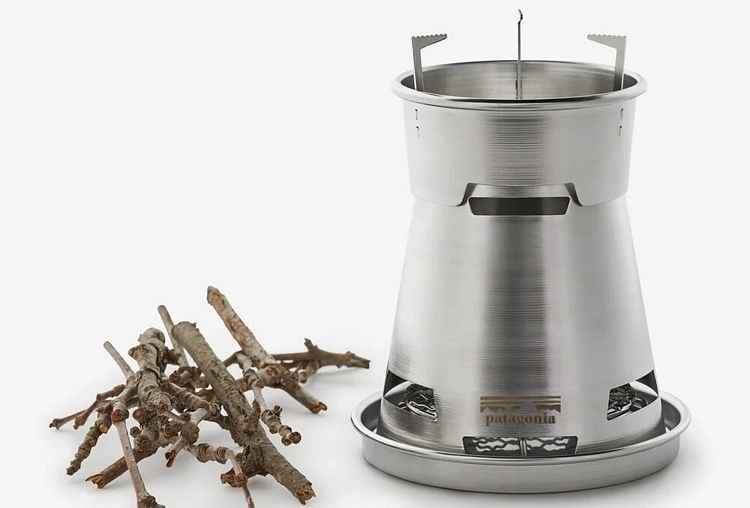 The Patagonia Wood Burning Stove is purpose-built for simplicity, consisting of a base with a wire grate on top where you actually put your fuel, a cone you put over it to contain the fire (and block out wind), and a pot rest that goes on top, with all parts cut in durable stainless steel. Do note, the base is pretty small, so you’ll need to be a bit creative with your fuel to fit as much on top of the wire grate as possible. Basically, you’ll need to make a teepee of sorts, allowing you to stack enough of those twigs to get a decent-sized fire to start once the whole thing gets going. From there, you can just keep adding fuel from the top opening, which, we have to admit, isn’t the most convenient when you’re in the middle of cooking something.

The cone provides the necessary cover to keep the wind from messing with your fire, while cutouts at strategic points allow air to circulate properly for a more efficient burn. The pot rest, on the other hand, comes with three supports, so it should hold up to everything but the heaviest pots and pans. 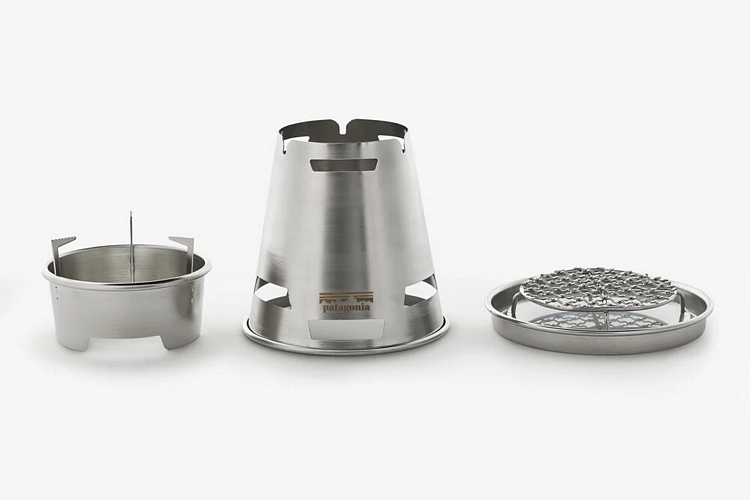 According to Patagonia, the Wood Burning Stove can boil a liter of water in around 16 minutes. Yes, that’s a bit long for a mere liter of hot water, but that’s, pretty much, the tradeoff for a compact stove that doesn’t require you to bring a couple propane tanks to do any actual cooking. As you can imagine, this will require plenty of maintenance during cooking, requiring you to not just wait for things to get adequately hot, but to regularly move the pot out of the way to feed fuel to the fire as needed.

While the stove does allow some space between the base and the wire grates, the bottom still gets very hot, so you may want to set it up on top of some twigs or a flat rock if you don’t to leave burn marks on the grass (because it will). The side walls of the cone and, pretty much, every part of the stove gets ridiculously hot, too, so you’ll definitely want to be cautious working around this thing.

Want one? The Patagonia Wood Burning Stove is available now, priced at $99.