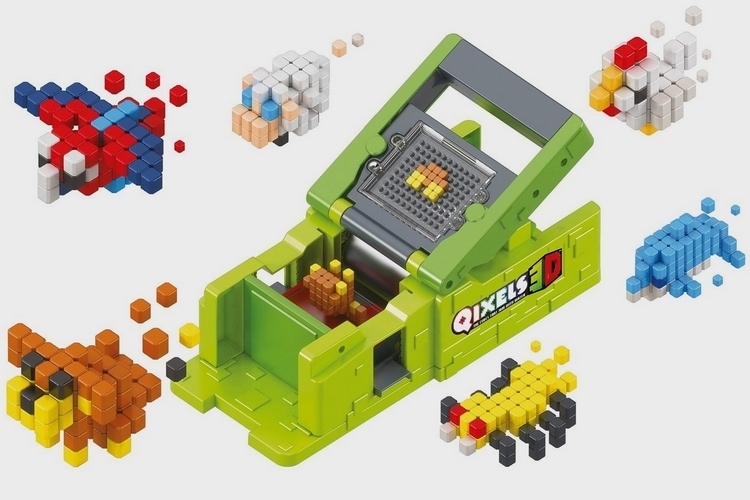 Ideally, 3D printing would be a dream activity for kids, allowing them to exercise their creativity while creating stuff they can hold in their hand. Problem is, it isn’t really feasible. Partly because CAD modeling is quite a complicated activity, but also because all the hot plastic produced during 3D printing (yes, even with a 3Doodler) can prove hazardous to curious kids. The Qixels 3D Maker offers a way of teaching kids 3D printing while keeping the fabrication process completely safe.

Created by Moose Toys, it a manual 3D-printing device of sorts. Instead of feeding it a CAD model for fabrication, kids manually arrange each layer of plastic on the device, apply it to the existing build, and do the same thing over (and over) until they come up with the desired creation. No heat or electricity involved at any point, making it perfectly safe for even small kids. 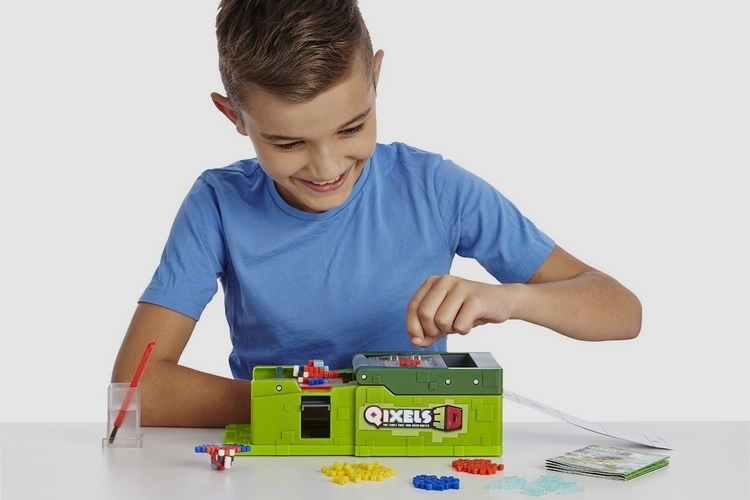 To use the Qixels 3D Maker, you take tiny plastic cubes that you arrange on the grid on the “3D printer” then press down onto the build area. That will be one layer. You then create the next layer and so on. It’s, basically, like playing with single-tile LEGOs, except with this thing, the build is carried out similar to the way a 3D printer fabricates objects, making it easier for children to grasp the concepts behind 3D printing down the line. 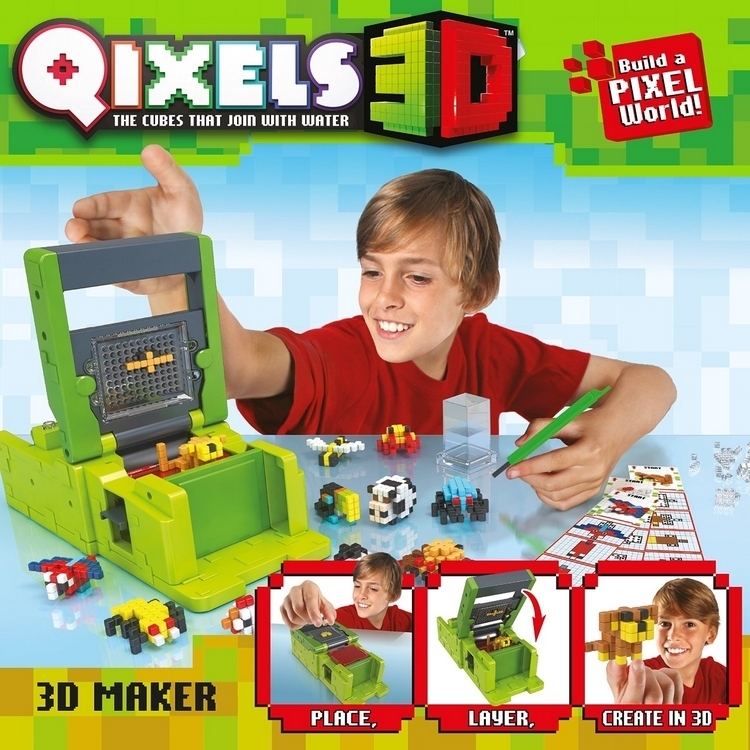 As you can imagine, the resulting creations look a lot like pixelated 3D objects, which, we have to admit, does have a certain quaint appeal. And if you want to make a build permanent, simply pour water on the object to permanently fuse the individual cubes together.