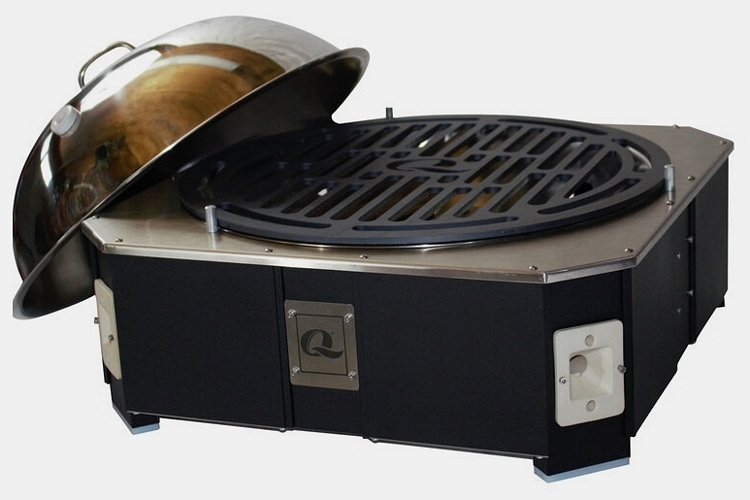 It looks more like a stovetop than a backyard grill. And it sort of started that way, as the appliance was originally designed as a paella machine. Years after the initial design, though, the Quad Grill has evolved into one of the most unique outdoor grills we’ve ever seen.

First off, the darn thing just doesn’t look like a grill, with its clean lines and compact size. More importantly, it’s way smaller than your traditional outdoor grill. With dimensions  of just 20 x 20 x 7 inches (width x depth x height), it takes up very little room, allowing you to set it up on nothing but a small table in the backyard. Seriously, have you ever seen a backyard grill this small? 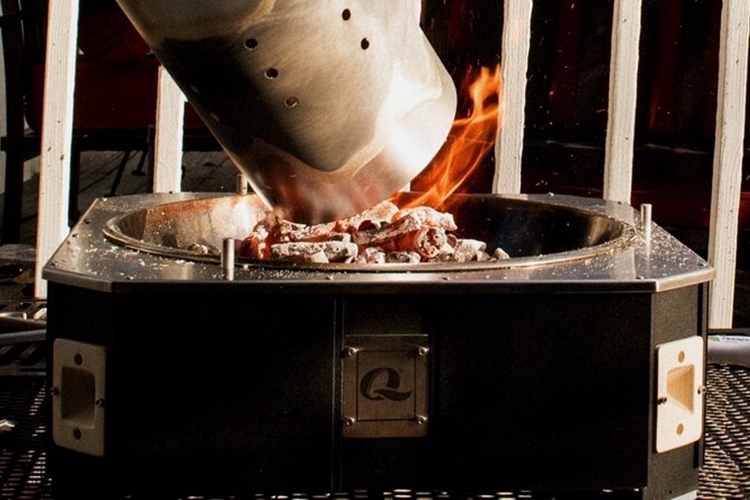 The Quad Grill consists of a box enclosure resembling a taller-than-usual cooking stove. Instead of housing a burner at the center, though, it comes with an 18-inch diameter bowl that you can fill up with your choice of wood pellet, charcoal briquettes, or charcoal lumps to use as your fuel. A laser-cut, case-hardened CR steel grate goes on top of the hole, giving you 254 square inches of cooking surface. According to the outfit, that’s enough room to accommodate up to six steaks in one go, so you can just imagine how many burgers, franks, and chicken wings you can cram on top of that grate. The cooking surface, by the way, have equal parts grates and open sections, a design choice that supposedly enables it to simultaneously sear and char whatever food sits on top of it.

As with any proper grill, it includes a removable lid with built-in vent that you can use to lock the heat in, allowing the cooking area to reach maximum temperatures. According to the outfit, the grill can consistently reach over 900 degrees Fahrenheit with the lid secured. That means, cooking times reduced to mere minutes, regardless of what dish you’re making. 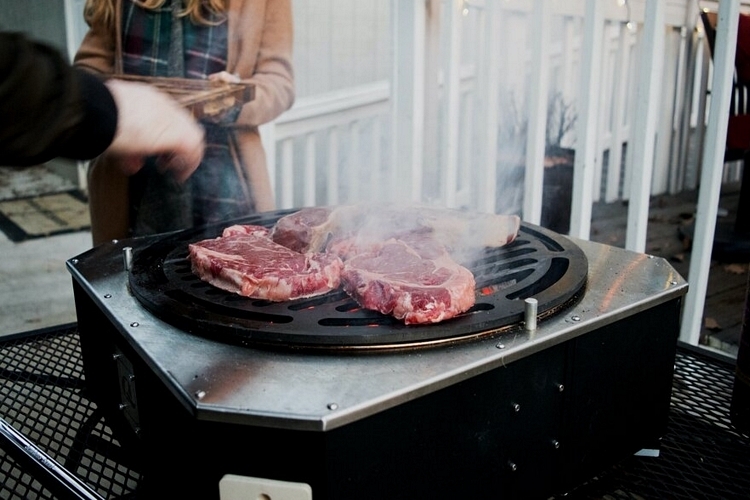 The Quad Grill comes with integrated air circulation pathways, along with built-in holes on the sides of the grill, allowing it to regulate and optimize its own airflow, so you can get it to high temperatures without having to fan the flames at any point. That means, this thing is designed to reach that peak temperature each time out, regardless of the prevailing weather, without any added work on your part. Seriously, just lay down the food, cover it with the lid, and grab your next beer. 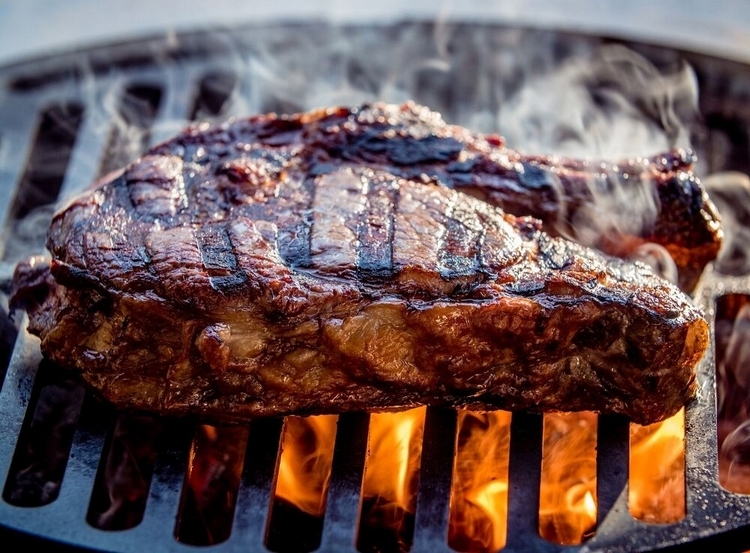 It weighs just 38 pounds with all the parts onboard, allowing you to easily put it in the car boot for taking to a beach party, a tailgate, or a weekend of camping at the nearby park reserve. Aside from the grill, the outfit also sells different accessories for use with it, including a carbon steel paella pan, a pizza stone, and even a perforated wok that, the outfit claims, is ideal for use with seafood and vegetables (because, you know, the 900+ degree temperature could easily burn them).

A Kickstarter campaign is currently running for the Quad Grill. You can reserve a unit for pledges starting at $490.