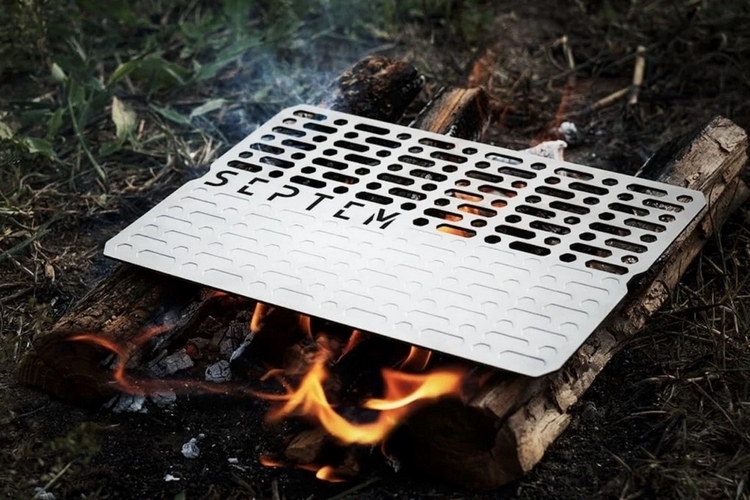 There’s never a bad time to barbecue. We do it at home. We do it at the tailgate party. And we do it when we go camping. While there’s a good selection of portable grills out there you can bring along to the backcountry, they still tend to be too big for many individuals looking to pack as light as possible. The Septem Titanium Camp Grill hopes to give those people a viable option for making barbecue at camp.

Unlike your typical portable grill, it’s not actually a complete cooking system. Instead, it’s just a thin slab of metal that can serve as a grate and griddle. The idea is, you can just dig a hole and use that as a coal tray, then set up rocks on the sides to lay down this slab over the burning coal. From there, you just cook whatever you want the same way you do on the charcoal grill at home. 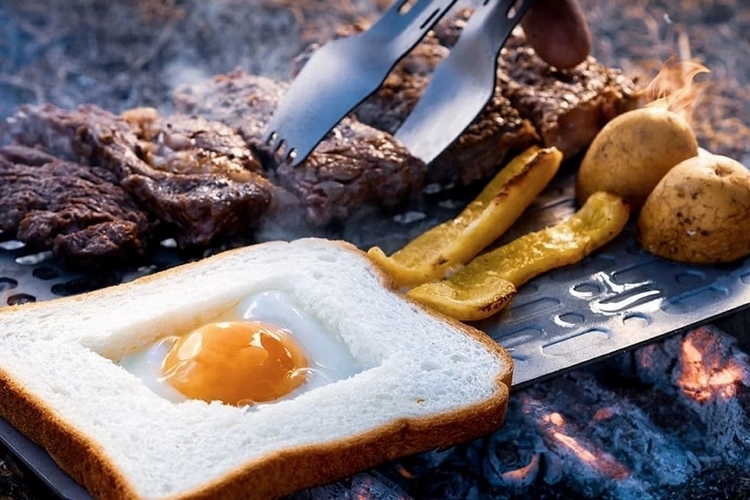 The Septem Titanium Camp Grill is, basically, a combination grate and griddle (you can grill steaks on one side and fry eggs on the other) that’s cut in high-grade pure titanium. This means, it’s just a flat sheet that you can squeeze even in the most crowded backpacks (heck, you can strap it down outside the pack if you want), while the lightweight titanium build means it will add little heft to your load (titanium is less than half the weight of steel), making it suitable even for campers planning to go on foot for an extended hike to their desired camping spot.

So why not just take the grates off your grill in the backyard and bring it to camp? Sure, you can do that. This thing, though, has been designed specifically for rugged outdoor use, with a build that’s optimized for portability during transport and versatility during cooking, so it’s probably worth making the extra investment. 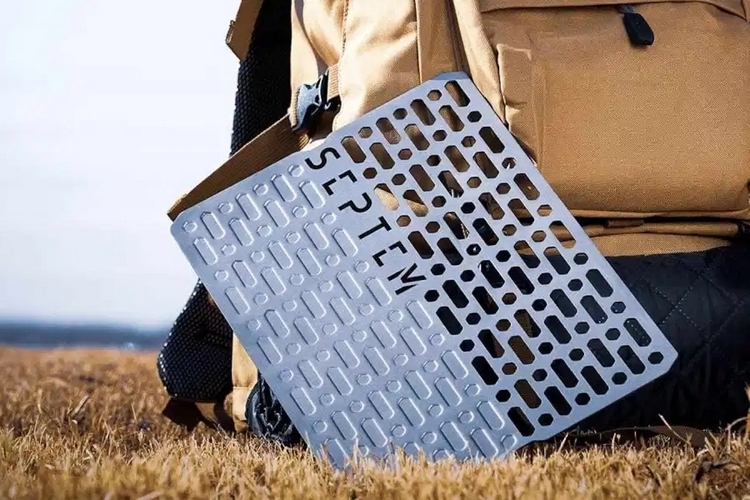 The Septem Titanium Camp Grill comes in two sizes, small and large, with the former measuring 11 x 4.3 inches and the latter measuring 11 x 8.3 inches. Both are split right down the middle, with one half constructed as a grilling grate and the other as a griddle, so you get a generous amount of cooking surface dedicated to each one. The small model, by the way, weighs just 0.4 pounds, while the large weighs 0.9 pounds, so either one should bring a lot of utility for the minimal weight it adds to your stash. 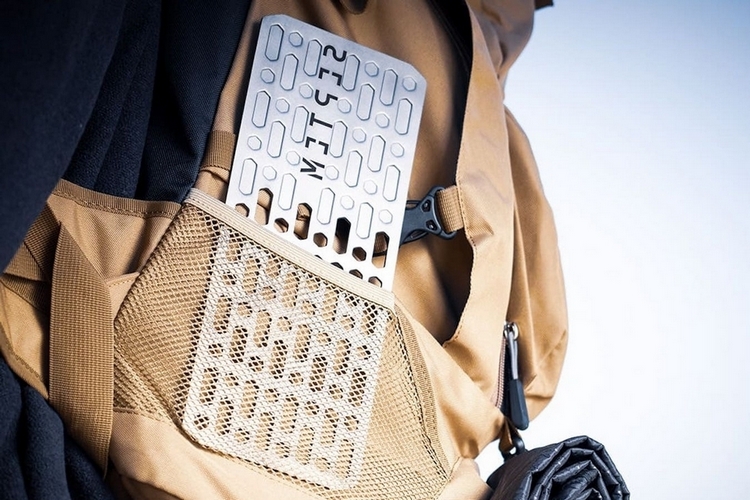 The titanium build, by the way, doesn’t just make it lightweight, it also makes the grill plate non-corrosive and easy to clean, so you can spare yourself from potentially tedious maintenance chores. Of course, you will have to do a bit more work to build your grilling setup around camp compared to a standard portable grill, so you’re, basically, trading ease of use for better portability, which, we’re guessing, is a worthy exchange for some folks.

A Kickstarter campaign is currently running for the Septem Titanium Camp Grill. You can reserve a unit for pledges starting at $37.