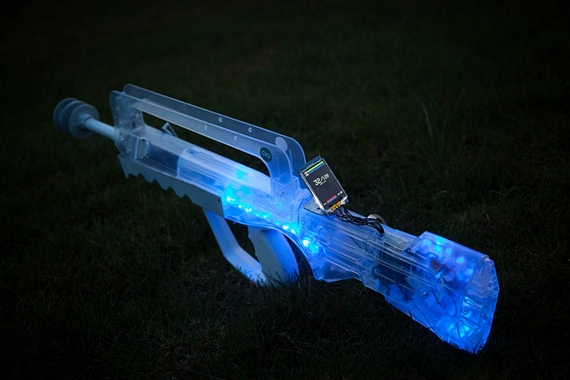 You were wise to give up laser tag a few years back.  Playing it well into your adult age is far from the coolest thing you can get into, especially as you’re trying to fit into your newfound role of being  a responsible, well-adjusted grownup.  But even the best laid plans get screwed up somewhere along the way and we have a feeling the Skirmos is just the toy to draw you back into the laser tag fold.

Billed as “the most advanced open source laser tag system,” it uses programmable guns that can be injected with any custom code that you whip up.  That means, you can create custom game types that should make laser tag feel like an entirely new game.  Copy the gameplay of your favorite FPS?  Will work.  Create a shooting game with the most ridiculous mechanics?  Yep.  A sci-fi shootout cast in an intergalactic theater of war?  If you can code it, you can play it.  How can you resist? 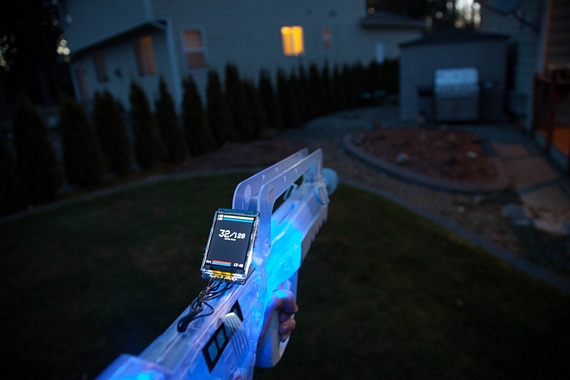 Skirmos uses a transparent plastic blaster with color-changing internal LEDs that make it look like a glowing weapon straight out of a dystopian future.  They don’t use real lasers, but superbright infrared LEDs (480-feet range, baby), so there’s no chance you’ll end up blinding someone when you hit them straight in the eye.  Each blaster comes with a built-in color LCD (for seeing in-game information), data processor, audio hardware, SD card, hit sensors (the blaster itself will detect when you’ve been hit — no need for a vest), and a wireless radio for communicating with other guns. 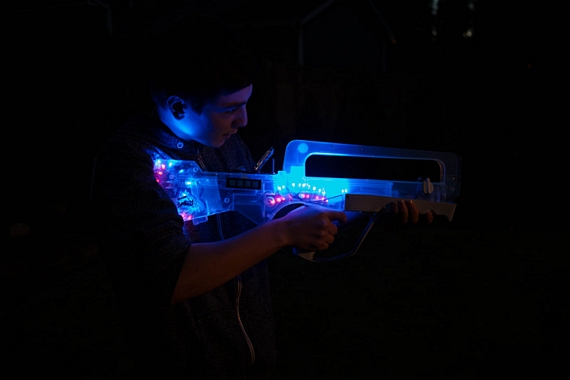 The guns take their cue directly from the software, so you can program practically any aspect of its behavior.  Want them to not fire when unwittingly shot at teammates?  Can be done.  Have unlimited ammo for five minutes after three consecutive kills?  Absolutely.  Make elephant sounds every time you fire?  Yes, please.

Currently, Skirmos is raising funds for a production run from Kickstarter.  Pledges to reserve a unit starts at $99.