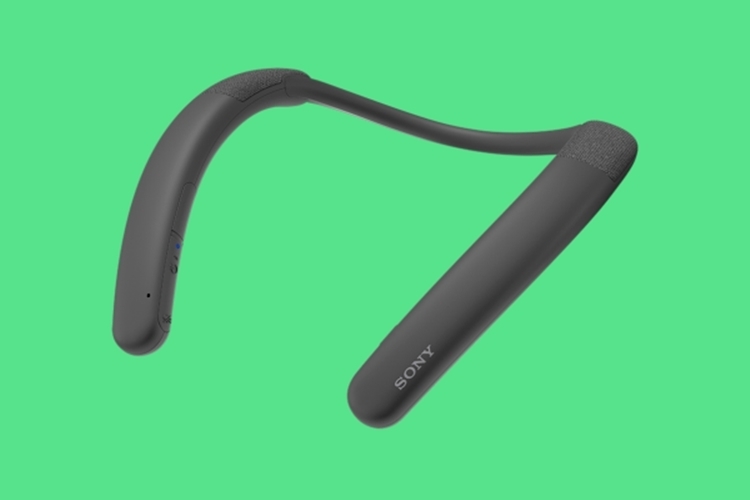 It was five years ago when we saw Sony’s concept personal speakers, which wore around your neck and beamed sound upwards to your ears. While it seemed like a novel idea, the fact that you wore it on your neck very conspicuously made it feel a bit unnatural. Since then, wearable speakers have become a thing, except they took on eyewear as the preferred form factor, making Sony’s neckband wearable even less likely to happen. Turns out, we were wrong because they’re actually selling it now in the form of the Sony SRS-NB10.

That’s right, Sony is actually making the “neckband speaker,” which wears around the neck and uses upward-firing drivers to send sound towards your ears. What changed between then and now? Apparently, it’s the whole remote work that’s going on today, as Sony believes the neckband design is exactly what the work-from-home crowd is going to need as their primary tool for music listening and hands-free calling. 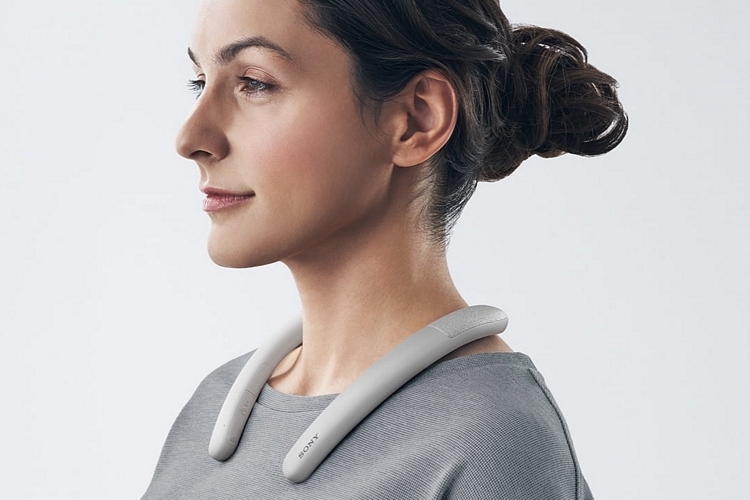 The Sony SRS-NB10 is a neckband Bluetooth speaker that’s both lightweight enough for all-day wear at just 4 ounces and flexible enough to not obstruct any natural movement, allowing you to wear it over your collar without any discomfort. It uses a pair of full-range, upward-firing drivers situated right below the ears on each side, along with a passive radiator, to deliver the sound straight to the wearer, so your music goes along everywhere you go. A pair of beamforming microphones on the neckband handle voice pick up during calls, which is able to minimize feedback and echo by using advanced audio signal processing, while a mute button makes it easy to turn off the mics if you need to say a word to your kids in the middle of a call. 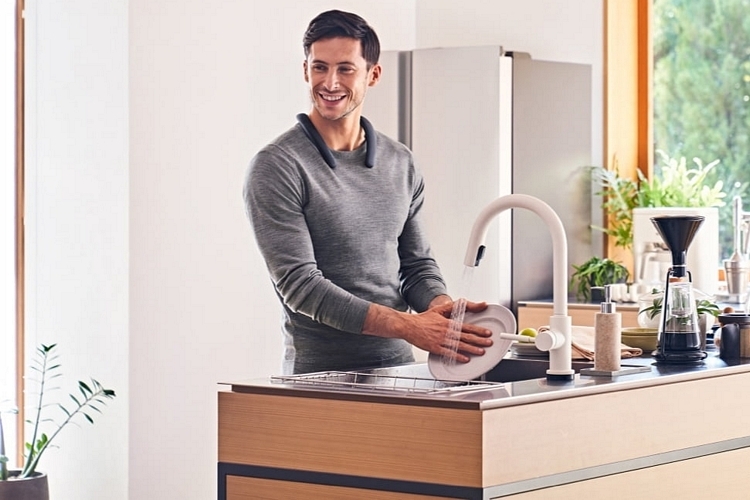 So what makes it particularly useful for remote workers? Unlike headphones, the speakers don’t cover your ears in any way, so you can hear everything going on in your home, allowing you to stay perfectly aware in the event of emergencies. Even better, you’re able to do that without making a ruckus as you would when playing everything on traditional speakers, as these tend to minimize the amount of sound that goes outside your immediate vicinity (provided you don’t crank up the volume). 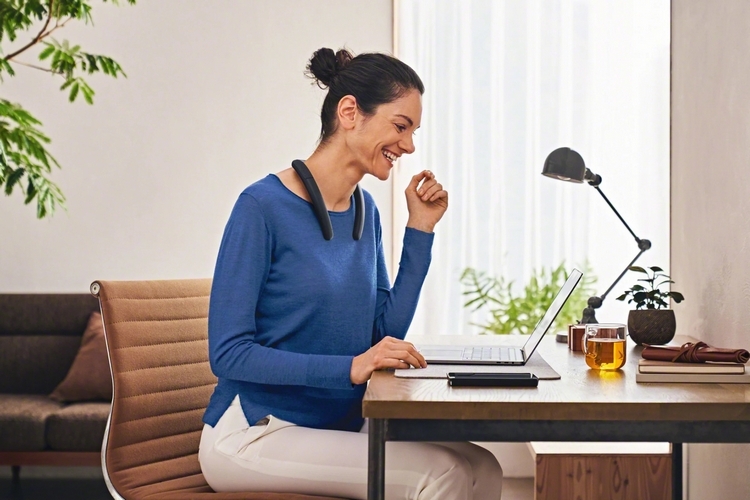 The Sony SRS-NB10 is IPX4-rated for splash and sweat resistance, so you can wear this while cleaning up in the kitchen, moving stuff in the backyard, or brushing your teeth in the bathroom. It can connect to two devices at a time, so you can quickly switch between your phone for voice calls and your laptop for video calls, with no extended set up necessary every time you move from one to the other. The onboard battery, by the way, can keep it running for up to 20 hours of operation between charges, with USB-C quick charging allowing you to fill it with an hour’s worth of charge in just 10 minutes of plugging in. The neckband speaker, by the way, comes in either charcoal gray or white.