The Roddler: A Hot Rod Stroller For Your Swinging Hipster Toddler 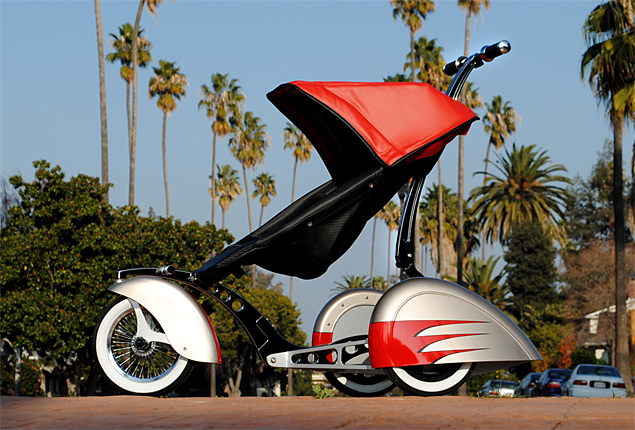 “When my son grows up, he will be a tattooed gearhead with a pompadour and a greasy scarf hanging from his backpocket.”  If that sounds anything like you talking about your newborn child, better get them started early with The Roddler, a hot rod-style, built-for-speed baby stroller.

Clad like a tuned-out 50s muscle car, the unusually ornate baby buggy looks more at home in the parking lot of a hot rod convention than the neighborhood park.  Unlike those fuel-injected, V8 engine numbers, though, it’s all for show.  At least, I hope.  Otherwise, say hello to Child Services, my friend. 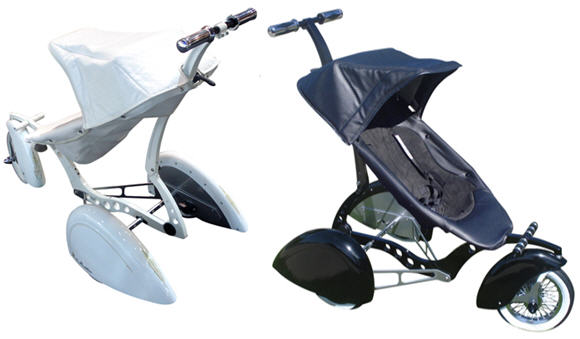 The Roddler comes with all the trimmings that you can only ever find splattered across the bodies of classic gas guzzlers – fin-shaped fenders, white wall tires, chrome wheels, wheel bullets, ultra-suede seat inserts and a car-like chassis.  Since it’s actually a stroller, it also has baby-friendly fare, including a comfy seat (carbon vinyl leatherette), a protective top (carbon vinyl leatherette, too) and chrome grips for whoever’s strolling the kid around.

Heck, the thing looks more pimped-out than any car I’ve owned, especially for something that will likely be used for only a year or so.  According to Kid Kustoms though, you can order a $500 kit thatconverts the pushchair into a trike, allowing you to attach it to your future barnburner’s bicycle when he’s ready to hit the streets.  That way, he can begin giving rides to all the cute little girls around the neighborhood.

Available in various designs and colors, The Roddler is currently available for $1,999.