Trip Glasses Let You Get On A Somewhat Natural High, Enjoy The Possibility Of Seizures – Yay! 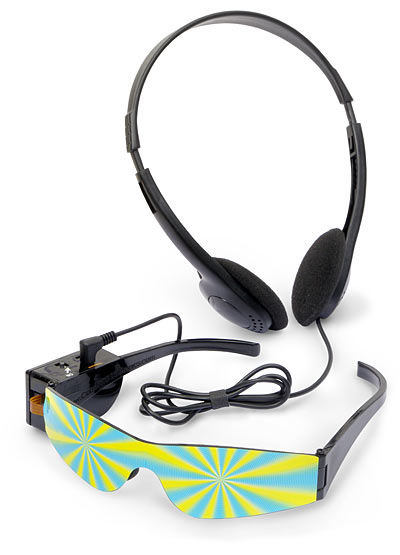 I’m not sure how much fun it will be to subject yourself to a non-stop bevy of blinking lights when you close your eyes.  According to the Trip Glasses, it’s supposed to be fun – allowing you to meditate and “trip out,” like you’re living a in a non-stop drug haze.  Epileptic seizure much?

Put on a pair of headphones, don the Trip Glasses, close your eyes and turn the crap on.  With music blasting through your ear and a brain-made haze of colors and shapes caused by the repeated LED show, you’re supposed to drift into a hallucinatory episode that’s reminiscent of the acid-dropping insanity your parents (or grandparents, most likely) used to engage in as part of their rebellious youth.  Half of me is grossed out; the other is intrigued. 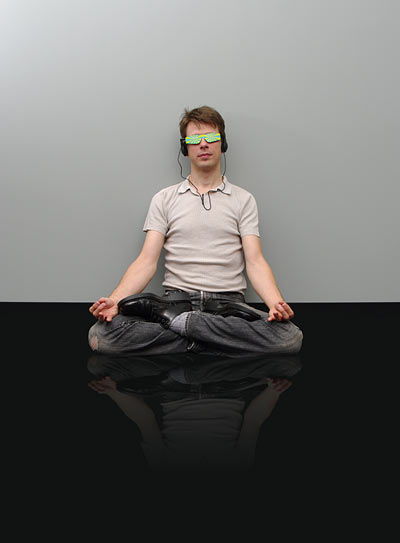 The setup is simple enough, consisting of a pair of non-prescription glasses, fitted with colorful built-in LEDs.   It comes with a small box, touting a button and a 3.5mm jack, that both activates the light and delivers a trippy sound to a pair of plugged headphones.  Stickers with some unmistakable hallucinatory prints are bundled too, in case you want to cover the glasses to make sure you know what the eyewear is about when you see it on your dresser.

Will it be fun?  I have no idea.  I’m willing to bet it’s similar to the stimulation of staring into your PC screen with a non-stop graphic visualization while playing music, though.  My college roommate used to do that a couple nights a week while lighting up – it seemed pretty stupid, if nothing else.

The Trip Glasses is available now for $39.99.  It may cause actual seizures (according to the sales page), so that’s a bonus you may want to look into.  Who doesn’t want to drool while going spasmic every now and then?