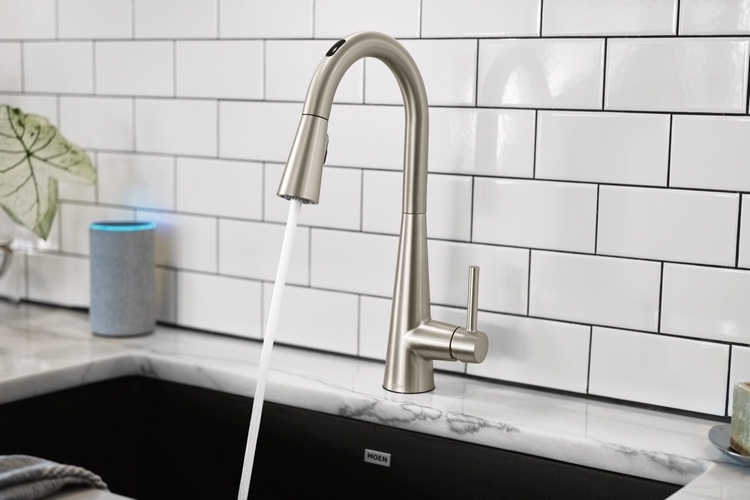 Do you need a smart faucet in your life? Probably not. Do you, however, want a smart faucet that can give you the exact amount of water at the exact temperature you want with a simple voice command? Yeah, you’re probably reconsidering that. Well, those are the functions that the U by Moen Smart Faucet can bring to your kitchen sink.

That’s right, it’s a faucet that can regulate the amount and temperature of the water it dispenses, allowing you to get exactly what you need without a single wasted drop. No more using measuring cups or heating the water over the stovetop – this thing can handle both of those functions, which should help streamline a good chunk of the chores you end up doing in the kitchen counter. 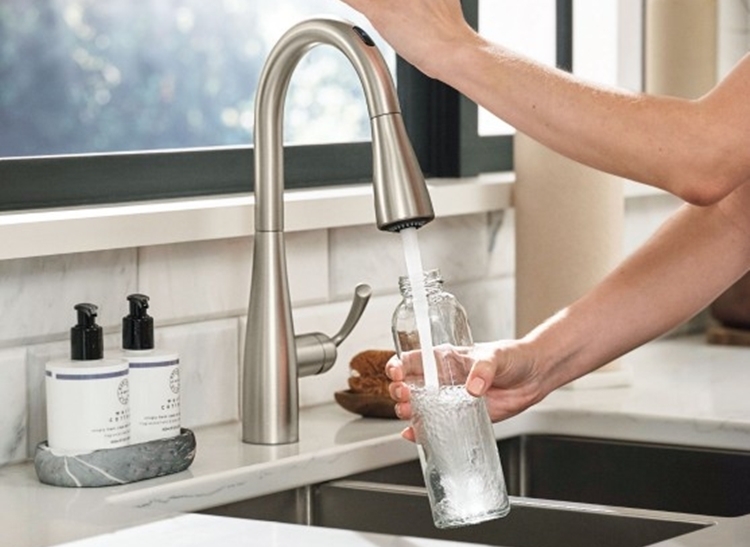 The U by Moen Smart Faucet can dispense exact amounts and temperatures when controlled from the companion app, where you can input the precise numbers for both parameters.  You can specify an exact amount in any of the available measurements, which include both metric and imperial systems, as well as more colloquial kitchen measurements, such as tablespoon, cup, and half-cup. According to the outfit, it can dispense controlled amounts of water anywhere from one tablespoon to 15 gallons. For temperature, you can specify exact temperatures (e.g. 105 degrees Fahrenheit), as well as simply choose either “hot” or “cold,” with the system defaulting to its own preset temperatures. Even better, you can add user-customized presets with custom measurements, so you can have it dispense just the perfect amount to fill a dog bowl, a baby bottle, or a small pot of coffee.

Since using an app just to operate your faucet doesn’t make sense when you just want to get a glass of water, clean your hands, or wash some dishes, it also comes with a motion sensor for switching on and off with a wave of the hand. Not a fan of motion control? Not a problem, as it also includes a physical lever for more traditional flow control. 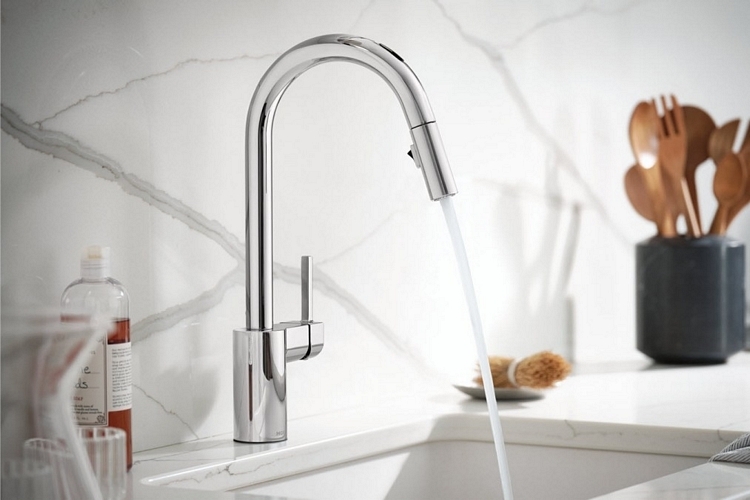 The U by Moen Smart Faucet also supports voice control using either Amazon Alexa or Google Assistant, so if you’re invested in any of those ecosystems, you will be able to bark commands at the faucet by simply having a small compatible speaker somewhere around the sink. In case you’re curious, by the way, it uses built-in sensors to determine both the amount of water and temperature it’s dispensing. If it doesn’t have enough of the water at the temperature you asked for, a LED on the faucet will blink in either red or blue to indicate whether it’s warming (red) or cooling (blue). Once it’s ready to dispense, the LED will stop blinking. 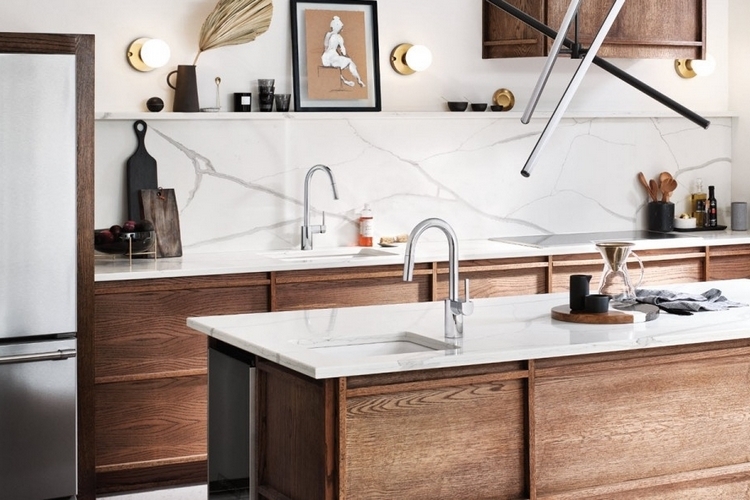 Remember the outfit’s smart shower from CES last year, which turned quite a few people off due to the complicated installation that would likely require professional work? Yeah, they seemed to have learned from that. The installation for the new faucet will, reportedly, be a lot simpler, with the system’s powered components relying on D-type batteries instead of wiring directly into your home’s electrical system, so you simply need to do standard home plumbing tasks to get this thing in place.

The U by Moen Smart Faucet comes out later in the year, priced at $430.