Whisky Vault Is A Dedicated Safe For Your Whiskey Collection 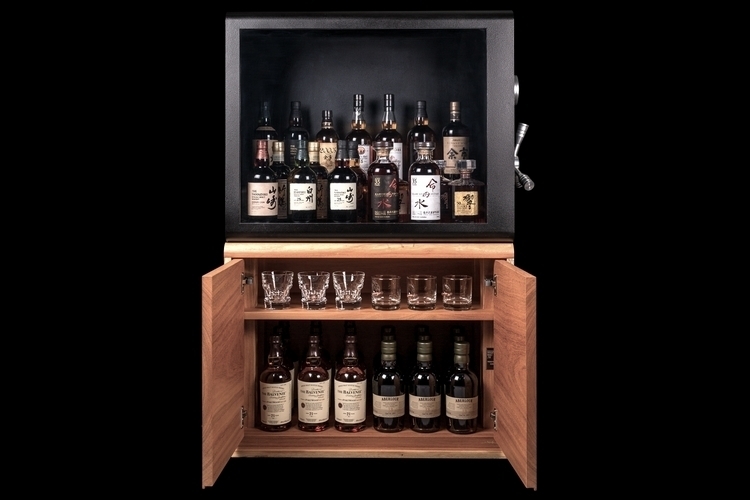 No, there probably aren’t a lot of people that collect rare and expensive whiskey. Those who do, however, probably don’t keep those precious bottles exposed in the middle of the living room, where people can easily pick them up and pour them into a glass while you’re cluelessly getting ice from the fridge back in the kitchen. Chances are, they keep those valuable bottles in something like the Whisky Vault.

A secure display case for your whiskey collection, it lets you show off all your bottles through a large window display, all while housing them inside a reinforced safe. Yes, that definitely sounds overkill for dudes who collect nothing but standard top-shelf bottles, but it’s definitely appropriate for those rare folks who own the kind of bottles that you can only pick up at auction. 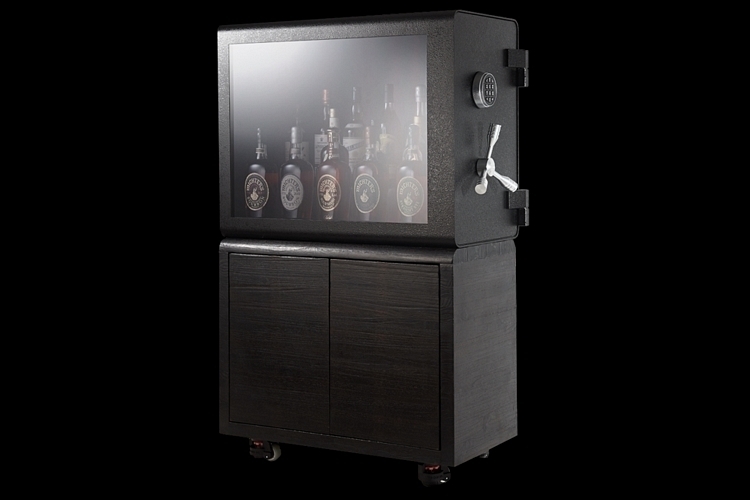 The Whisky Vault consists of two items: a safe with a display window on the front and a cabinet that serves as its rolling stand.  The idea, we’re guessing, is to use the cabinet underneath to store less-expensive whiskey (there’s no display window, so no one knows you’ve got cheap swill) and use the top unit for the pricey bottles you’d like to show off. According to the outfit, the design came up out of necessity, as they couldn’t find a secure cabinet that lets you show off top-shelf bottles while keeping them safe and secure, ensuring there’s no chance that friends who come over will mistakenly pick up and open a $10,000 bottle you’ve been meaning to save for your 20th wedding anniversary.

The safe itself is constructed from durable steel plates, with the display window clad in a bulletproof material to ensure it can withstand attempts to break into the vault. The steel door on the right side comes with locking bolts, a machined tri-spoke handle, and a UL-certified LA Gard electronic lock system, with all the mechanical and electronic components covered by a five-year service warranty. 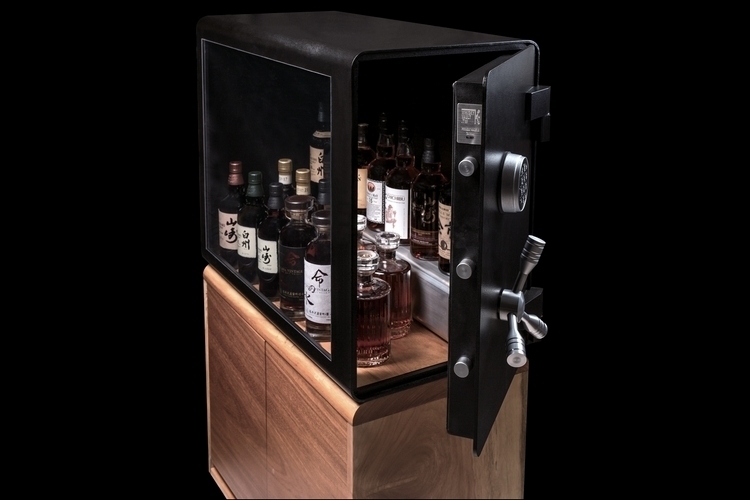 The Whisky Vault’s bottom cabinet comes with a two-level shelf that accommodates bottles at the lower level and those short whiskey glasses on the upper level. Each one is constructed out of teak wood, with a build that’s durable enough to hold up to 330 pounds on top of it. Why make the cabinet so sturdy? Well, that’s because the safe, on its own, weighs nearly 200 pounds and will only get heavier once you fill it up with all those bottles of cultured swill you’re collecting. 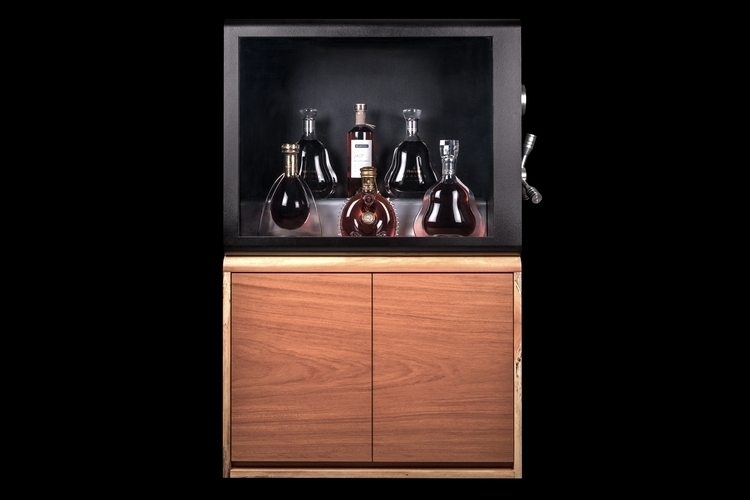 While obviously designed for whiskey, the safe should be usable for most other valuables you’d equally want to protect and show off. You know, like if you want your guests to know you have a ton of cash, you can stack them inside for everyone to see, since we’re guessing you can fit a few million in there with no problem. Same goes, of course, with your prized comic books, jewelry, and whatever other precious items you obsessively collect, making this a potentially useful setup for more than just whiskey connoisseurs.