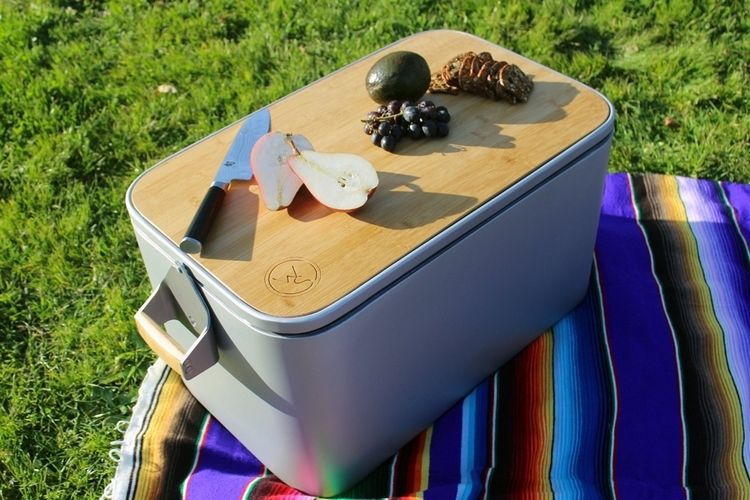 When it comes to large coolers for parties, camping, and other group gatherings, we always go for those heavy-duty roto-molded ice boxes, with their tough build, large capacity, and days upon days of ice retention. They’re awesome. If there’s anything to complain about, it’s the fact that it’s made entirely from plastic and foam – both of which will eventually end up in landfills once the cooler lives out its useful life. The Wooly Cooler offers a more sustainable alternative.

A recyclable and compostable cooler, it ditches the traditional plastic and foam in favor of materials that are either recyclable or compostable, ensuring your cooler can be easily disposed without creating additional pollution. More than that, they made it so you can disassemble the cooler using just basic tools already in your toolbox (a Phillips screwdriver and a crescent wrench), allowing you to change up any part that gets damaged and extend its functional lifespan. 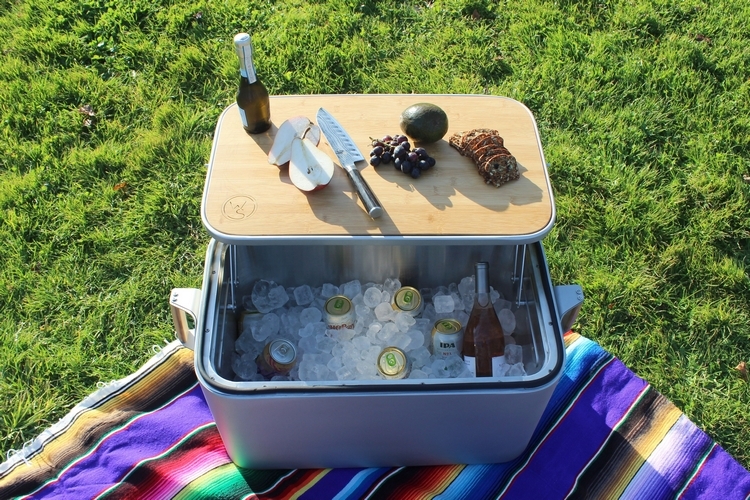 The Wooly Cooler has an exterior shell cut in aluminum and an interior liner made from stainless steel, so it’s made from metal both inside and out to ensure durable function similar to Yeti’s fancy V-series. Between those two materials sit a layer of natural sheep’s wool, which serves as the cooler’s insulating material. How good is wool as an insulator? We’re not entirely sure, but considering how long it’s been used to keep people warm during harsh winters, we imagine it does a good job of insulating.

For this particular cooler model, the outfit says the double-walled setup with wool in the middle will allow it to keep ice for a full three days. We know… that’s probably not as long as the heavy-duty YETI you bring when spending a week slumming it in your favorite campsite, but three-day ice retention should be good for most situations where you’ll be using a cooler, such as beach outings, parties, and weekend backcountry adventures. 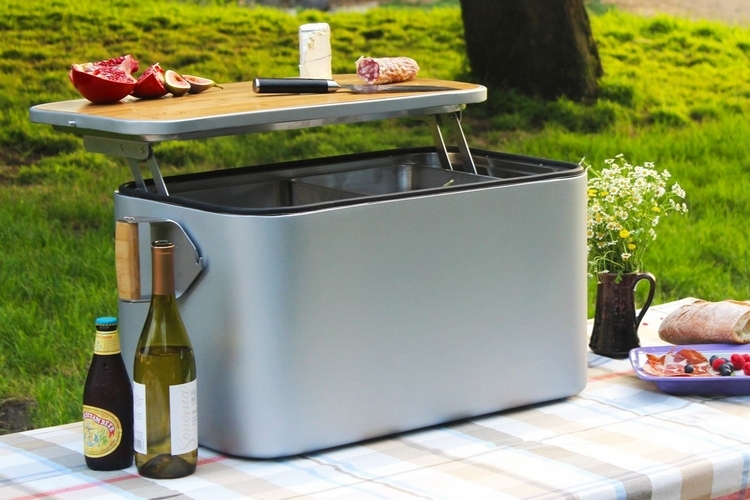 The Wooly Cooler uses the same construction for the lid, with an inner layer of steel, an outer layer of aluminum, and wool in between them. In this instance, though, they add a layer of bamboo on top to turn the top of the lid into a functional cutting board, giving you a raised surface to do all sorts of food prep. It has aluminum handles on the sides, along with a bamboo grip, for moving the cooler from spot to spot, while rubber is used for both the corner feet and the gasket. All other parts, such as the hinges, latches, and fastening hardware are made from either stainless steel or aluminum, so there’s not a single hint of plastic in the whole thing. 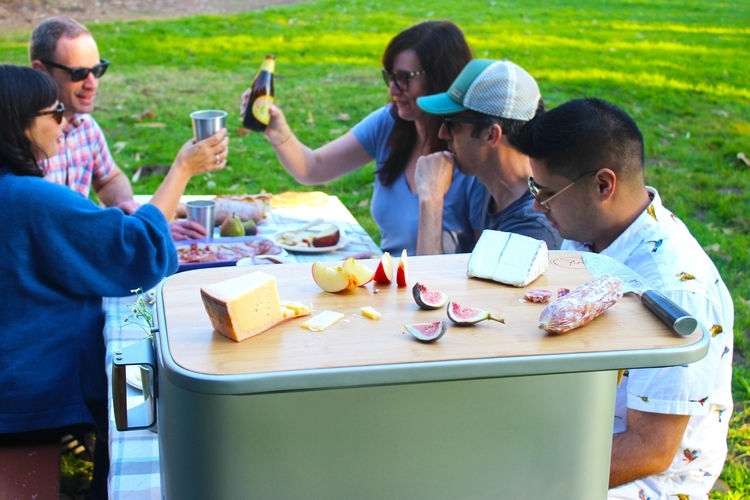 The lid, by the way, is always connected to the cooler using a hinge similar to tackle boxes, so you can leave anything you have on the lid while opening the cooler to grab some drinks inside, while the side handles are rated to handle a full 100 pounds, so you can pack a ton of stuff in this thing. The cooler, by the way, has a 52-quart capacity, which is equivalent to 78 standard cans of beer, along with a drain on the side for easily emptying it out once you’re done.

A Kickstarter campaign is currently running for the Wooly Cooler. You can reserve a unit for pledges starting at $175.