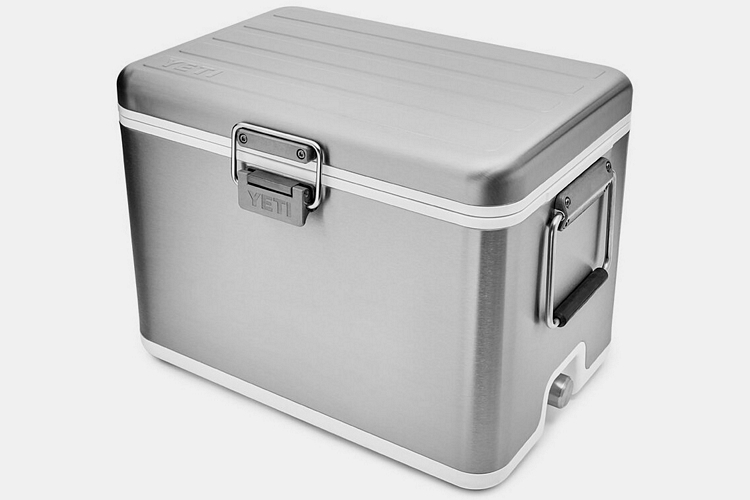 YETI already makes some of the best coolers known to man. They’re indestructible, have incredible insulation, and bring plenty of utilitarian function. With their plastic builds and colorful finishes, however, they’re not the classiest things to look at. The YETI V Series changes that.

Billed as a luxury cooler, the ice box trades in the plastic exterior in favor of a stainless steel shell, immediately elevating the aesthetics to something a whole lot classier than your typical rig.  Whether you’re using it to chill drinks at a backyard party, a tailgate, or a weekend of camping, this cooler brings a grown-up aesthetic that’s quite a refreshing change from all the insulated plastic and Styrofoam boxes we usually find. 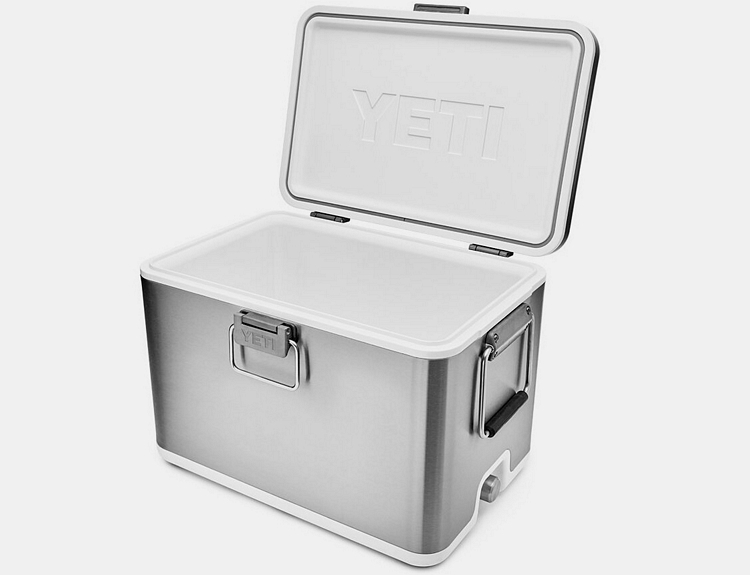 The YETI V Series isn’t just about giving the cooler a more sophisticated look. Instead, it actually overhauls the insulation you’ll normally find in a typical cooler.  While popular coolers like the Tundra employ three-inch thick walls to keep the cold air in, YETI’s brand new cooler use thinner walls, all while vowing to retain ice at an even better rate. How is that possible? Well, they didn’t exactly develop any new technology here. Instead, they only took the technology that’s already widely used in vacuum-insulated drinkware and applied it to a larger scale. The result is what may very well be the first vacuum-insulated cooler for the consumer market.

Similar to a vacuum-insulated bottles, the cooler is made up of two walls with empty space between them, where air is sucked out completely to create a vacuum. The emptiness of that space means heat transfer cannot occur, allowing it to retain temperatures behind its walls for long periods of time. In the case of the cooler, YETI created vacuum panels that they wrapped inside a 1.5-inch thick injection-molded plastic shell to protect it from damage. For aesthetics, they then covered up that plastic in kitchen-grade stainless steel. Both the cooler’s walls and lid are made using the same process. 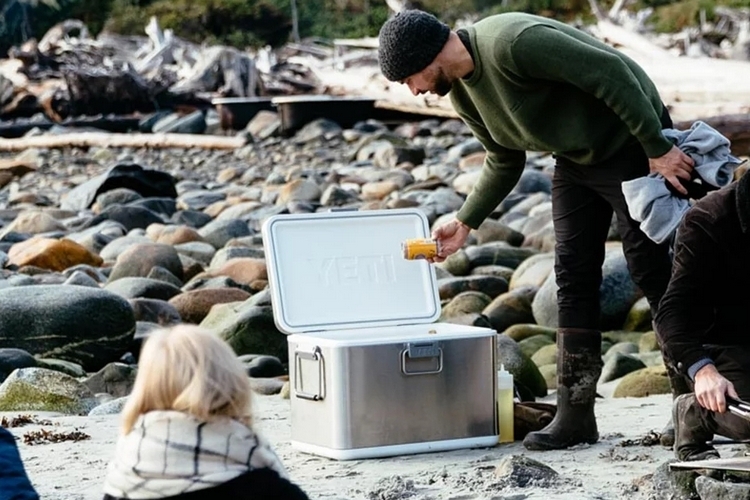 The YETI V Series will only come in one size for now – a 55-quart model that can hold 46 cans of beer along with 65 pounds of ice (two-to-one ice-to-can ratio). Using this setup, the outfit claims the cooler can keep ice for 50 percent longer than their best-performing roto-molded cooler, which is highly impressive, especially if you’ve had previous experience with one of their coolers before. It measures 23.25 x 1.4 x 15.25 inches and weighs 35 pounds when empty, so this thing is pretty heavy. Other notable features of the cooler include cast aluminum hinges, a stainless steel latch for securing the lid, and stainless steel handles, so the whole thing feels premium all around. 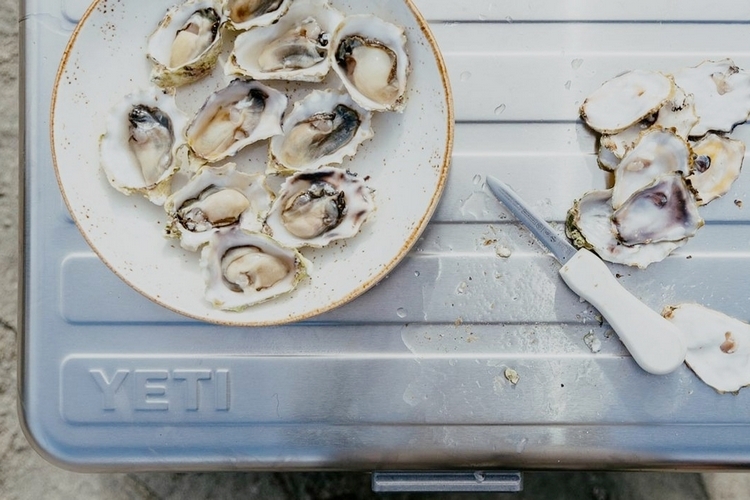 While there have been aesthetic-focused stainless steel coolers before, we’re almost certain there’s never been one with the same vacuum-insulated design as what YETI is bringing here. That’s what makes this release quite special. The catch? The fact that YETI had to scale their vacuum insulation manufacturing process meant a lot of investment went into this thing, which is reflected in the price.

The YETI V Series will come out December 5th, priced at $800.